This shocking video shows the moment a woman loses her temper and slams her pet dog into the ground - causing injuries consistent with a car crash.

This shocking video shows the moment a woman loses her temper and slams her pet dog into the ground – causing injuries consistent with a car crash.

Joanne Hosking, 41, was angry at the dog for spilling her coffee so crouched over the animal before thrashing it against the floor.

She and her husband, Christopher Hosking, 45, who was away at the time of the incident, then failed to take the animal to a vet – even though it was vomiting green bile.

The pair, from St Ives, Cornwall, pleaded guilty to animal cruelty offences, and Mrs Hosking was sentenced to 18 weeks behind bars, while Mr Hosking was given a six week curfew.

Both of the Hoskings were banned from keeping any animals for the indefinite future for the vicious attack on Edie, a 12-month-old, female Jack Russel.

Bodmin Magistrates Court heard how on July 10, a neighbour became aware of “something untoward” happening in the back garden of the Hosking household.

Kevin Withey, prosecuting for the RSPCA, showed the footage and said he believed the dog was “being punched”.

The footage then showed Mrs Hosking slamming the dog from a height of around 3-4ft onto the patio, before carrying it indoors by the scruff of the neck.

The neighbour was described as having been “extremely distressed” before phoning the police and RSPCA.

The court heard that Mrs Hosking claimed the dog was injured after falling from a table.

However a vet later confirmed that the injuries “could not have been obtained in that way”.

The dog was later seized from their home by officers from Devon and Cornwall Police over concerns about its care.

Mr Withey said the dog “would continue to suffer unless the circumstances changed”. 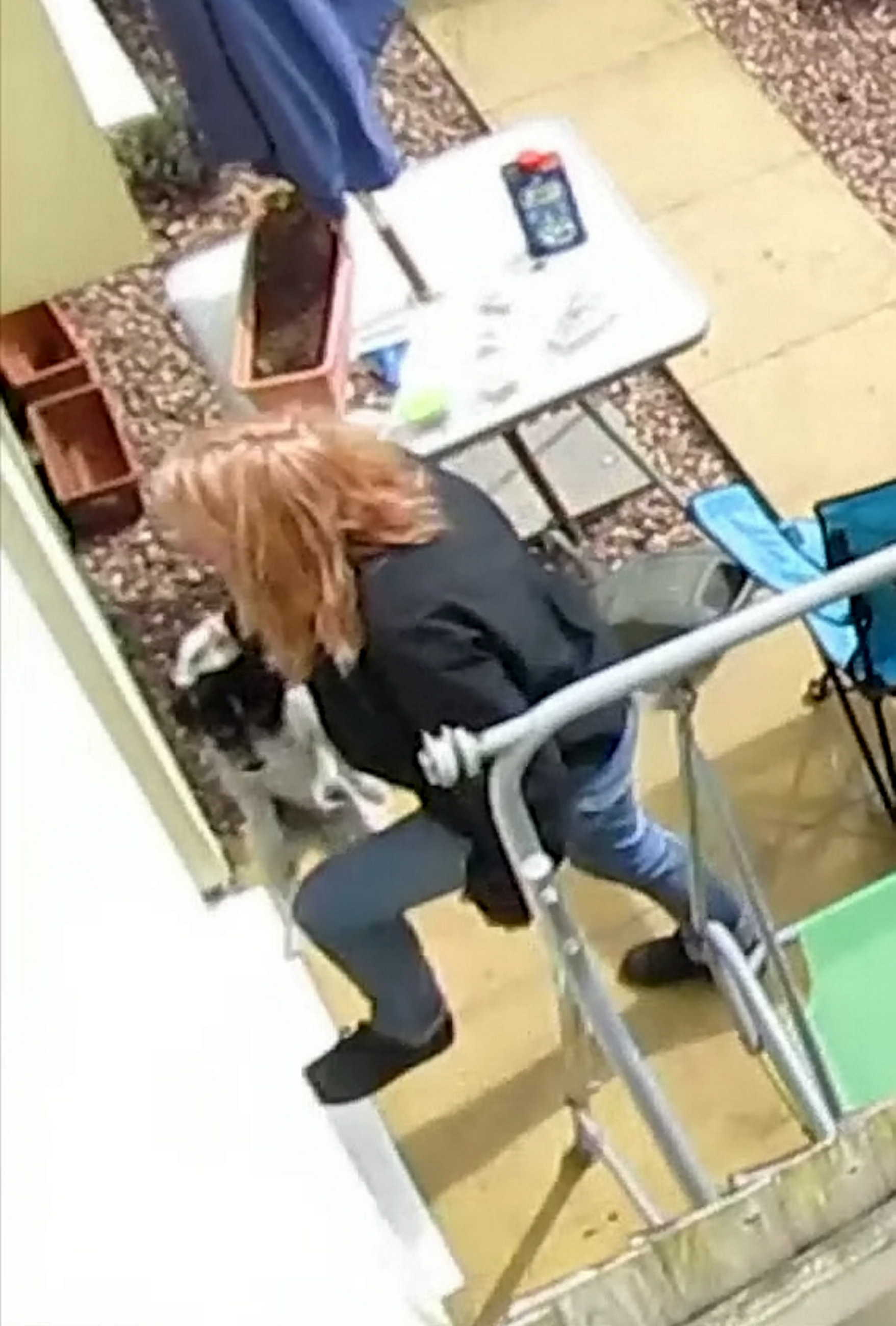 The dog was discovered to have sustained a dislocated hip and required urgent surgery because the vet was unable to manipulate the leg back into place.

When interviewed about the incident, Mrs Hosking claimed that the dog was “a nutter” and “ran around like a lunatic launching herself off of things”.

Mr Hosking was also interviewed about the dog’s injury and claimed that after a few days the dog was “happy running up and down the stairs on three legs rather than four”.

The court heard that he understood the dog had fallen from a chair.

Describing the incident, Mr Withey said it was a “fit of temper” that caused the dog “a high level of unnecessary suffering”.

Julian Berg, defending, said that Mrs Hosking had been struggling with significant mental health issues and was receiving help for anger management.

He added: “She is almost reclusive. At the time of the incident she was working but she could not cope.”

The couple had previously pleaded not guilty, however changed their pleas shortly before the court hearing.

Mr Hosking was given a six week curfew between 8pm and 6am.

He was also disqualified from keeping animals and was ordered to pay an £85 victim surcharge and £625 costs.

The dog has since recovered and has been rehomed, having been taken in by a trainee nurse from the veterinary practice that treated her.