Woman Tells Of Her Terror After Losing Arm In Pitbull Attack

Yasmin Adam in hospital after the attack.

A woman has warned against pit bulls after her “gentle” dog of nine years suddenly turned and launched a vicious attack which resulted in her losing an ARM.

Traumatized Yasmin Adam, 45, was left lying in a pool of blood and fearing for her life after her beloved pup Sir Hinkles mauled her.

The brutal assault took place after Yasmin attempted to break up a play fight between Sir Hinkles and her two other dogs.

The previously good-natured pooch suddenly started barking before launching himself at Yasmin, biting her ear and tearing flesh from her arms.

Yasmin says bloodthirsty Sir Hinkles, a nine-year-old red-nose pitbull, chewed on the bone in her left arm for nine minutes before police arrived and shot him dead.

The former quality control technician had recently moved to Fort Lauderdale, Florida, USA, from Greenville, South Carolina, with her pets when the attack happened.

Yasmin said: “I guess there was tension after the other dogs were fighting. Next thing I know he jumps up and bites my ear.

“I knew what was going on but I didn’t feel any pain. I guess I was in shock.

“Sir Hinkles went back in his cage then, but all I can think of was that he got a taste of blood because he came right back out and bit me on my right arm.

“After that he attacked me on and off for nine minutes. The dog ripped all the meat off my lower left arm, and that’s gone now.

“I just stopped fighting the dog. I figured I was going to die. He kept trying to pull the bone out of my arm.”

Fortunately, a friend who was also living in the apartment, alerted the police, who pepper sprayed the vicious dog before shooting him.

Doctors at Broward General Hospital, Florida, battled to save Yasmin’s left arm for three weeks before it was decided that amputation was the only way forward.

She said: “It was the most painful thing I’ve ever experienced in my life.

“I could see the bone clear as day. Eventually, they amputated it from just above my elbow on December 26.

“I’m just working on getting my right arm functional again. He ripped that arm apart too, but not as badly.

“I can’t move my wrist and I have limited movement in my fingers. To be honest I thought I was going to die so to have just lost my arm I feel lucky.”

Yasmin, who is unmarried, was in hospital for six months after the attack and during her time there, her two other dogs were put down.

While Yasmin was upset she couldn’t save them, she now warns people about the dangers of owning this breed of dog as, prior to the attack, Sir Hinkles had never shown signs of aggressive behavior.

She said: “I loved him so much. He slept with me in my bed, he never was out of line.

“He was always so gentle with children and really friendly. He never snapped at cats or little kittens, he never touched a kitten.

“I didn’t even have to put him on a leash because he was such a good-natured dog.

“I loved Hinkles, I had him for nine years but he turned on me in nine minutes. Now I warn people against these types of dogs. 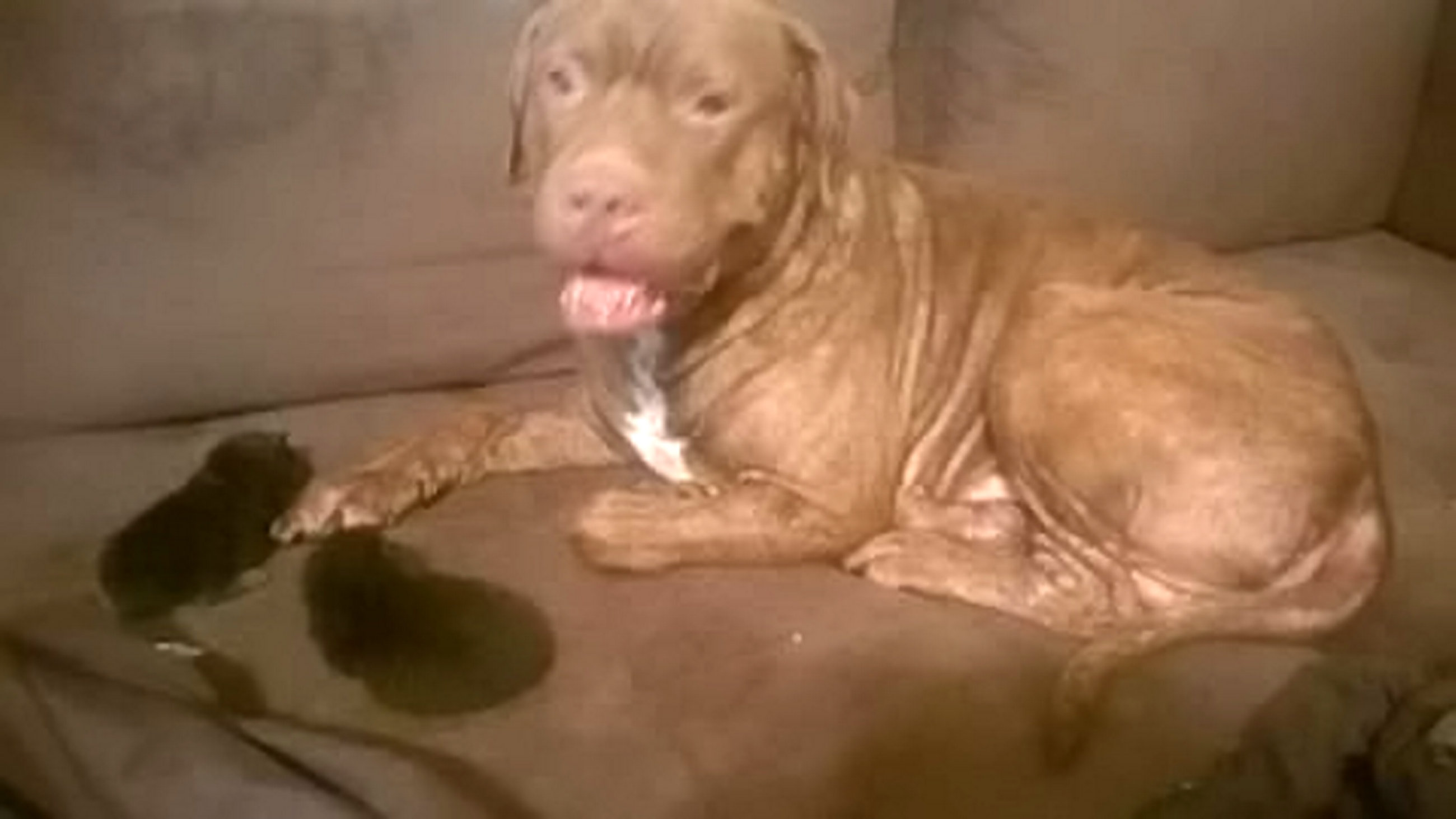 “People always say ‘It’s how you raise a dog that matters’, and I was one of those people.

“And I do believe to a certain extent that’s true. But animals have an instinct they can’t overpower and that’s what happened with my dog.

“I thought he would never do anything like that and look at me now.

“Don’t be tricked into thinking they aren’t capable of doing something like this.”