Woman Steals Bike Back After It’s Spotted By Facebook Users

Abbey and the mountain bike that was stolen, but then found via a Facebook group.

A woman stole her bike back after Facebook users spotted it being ridden around the streets.

Abbey, 27, said she was at work when colleagues spotted someone riding off on the £250 bike – her only mode of transport.

She posted an appeal on a social media which sparked a “wild goose chase” around Bristol.

Abbey, who lives and works in Bristol, sprinted out the office and “did a little tour of the city centre” but was unable to catch the thief.

It marked the beginning of a “wild goose chase” which ended in her taking the Carrera Crossfire Two back off a teenager spotted riding it in a side street.

Abbey scoured eBay and Gumtree looking for someone to sell the bike over several days – before posting in several Facebook groups for missing Bikes in the Bristol area.

She said: “It was my only means of transport to and from work. So it was a bit of a shock when to find myself without transport.

“I got a reply to my post in the Stolen Bikes in Bristol Facebook group. Me and my boyfriend jumped in the car and rushed out to where my bike had been spotted.

“But we got stuck in traffic and I was starting to think it was a bit of a wild goose chase.

“We returned home and I was a bit disappointed but I’m quite a determined person – I hadn’t given up hope. I was still willing to follow up on leads.”

Fifteen minutes later Abbey got another message from the Facebook group saying her bike had been spotted near Old Market, east of the city centre, accompanied by a picture.

Abbey added: “I looked at the picture and I was 99 per cent sure it was my bike – sure enough to get us out of the house again.

“My boyfriend had a funny feeling on the way there.

“He said he was going to turn up a side road – and there he was, just casually cycling up the street.” 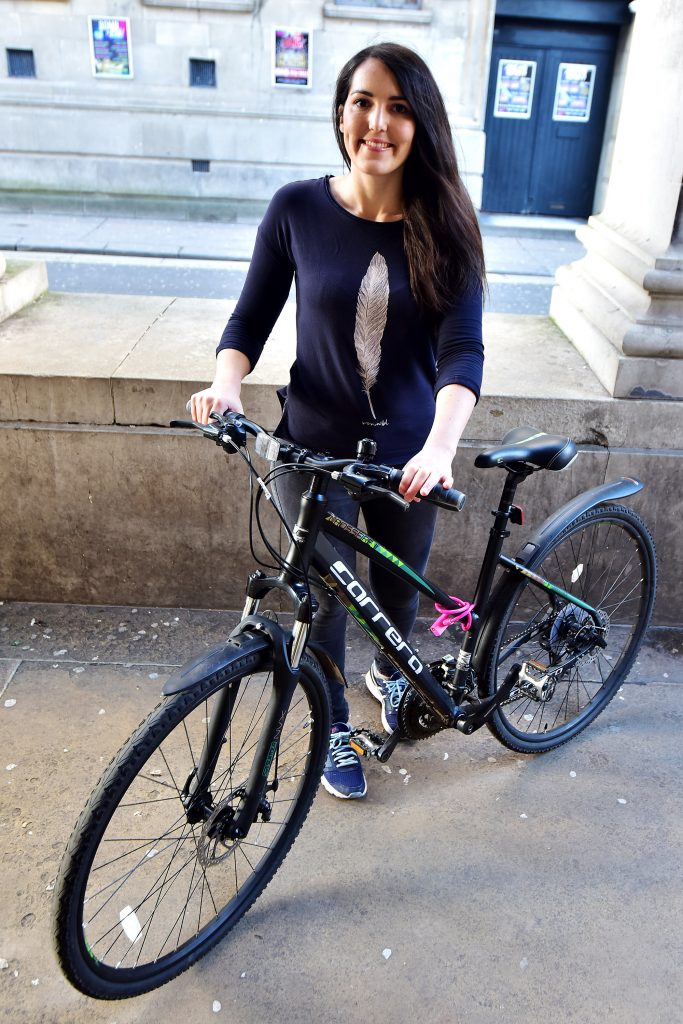 Abbey got out of the car to confront the youth, who was “surprised”.

She said: “I asked to take a look and he stepped aside. I doubted myself for a minute, even though it looked exactly like my bike – I thought there might be other bikes like mine out there.”

“He was saying just leave me alone if you’re not even sure it’s your bike.

“He looked so shocked. I don’t think he was the person who stole my bike – he was just riding it.

“I said if you’re not willing to wait we’ll call the police and they can check the frame number.”

The man, who looked 18 or 19 years old, started shouting and started calling his friend who had given him the bike.

Abbey pounced on the seat and peddled away as fast as she could.

“It was an adrenaline rush.

“I was just thinking ‘it’s my bike!’ I was surprised, happy and a bit concerned – I just couldn’t believe I’d found it. 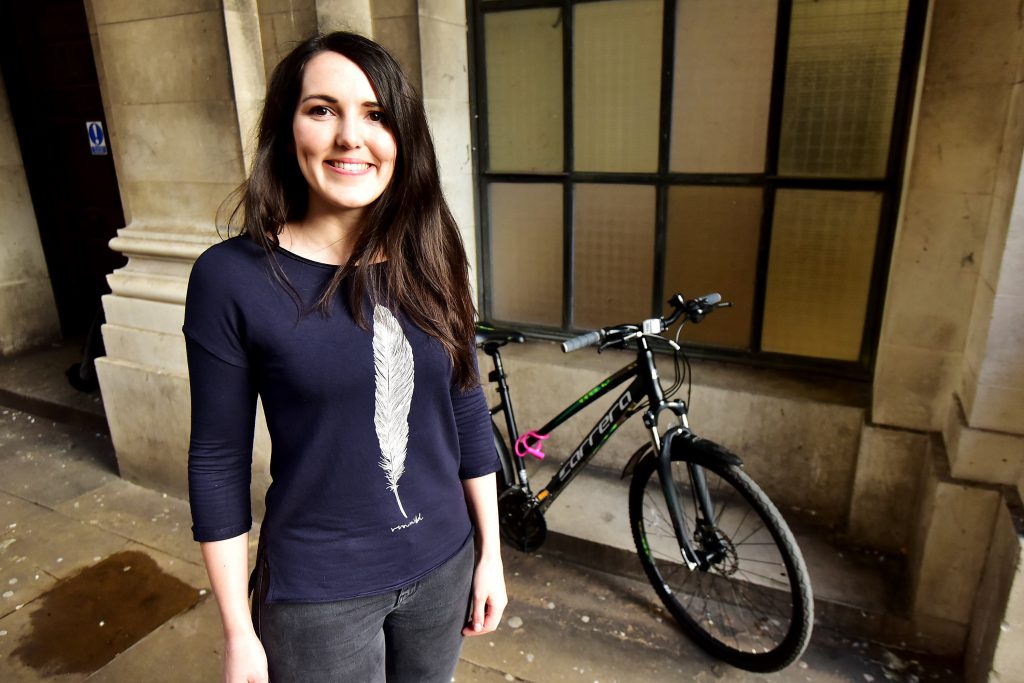 Luckily Abbey came across a minivan taxi, the driver let get in with her bike in and drove her to safety, free of charge.

“It was really kind of that taxi driver,” she added.

“We got to a busy street and my partner came to meet me. We took the wheel off the bike and put it in the boot and drove home.”

Abbey was full of praise for the Facebook group, without which she says she would never have found her bike.

“Its about community,” she said.

“It’s people looking out for each other. I’m very grateful.”