A woman has become the first to stand-up paddle board from Land's End to John O'Groats - and smashed two world records on the way.

A woman has become the first to stand-up paddle board from Land’s End to John O’Groats – and smashed two world records on the way.

Cal Major, 29, travelled 1,000 miles in just under two months to raise awareness of plastic pollution in the ocean – averaging between 20 and 30 miles a day.

She would spend at least 12 hours each day paddling, and on one day completed 65 miles in 18 hours.

Cal, from Northam, Devon, completed the record-breaking journey on Monday to become the first, and the fastest, person to complete the journey on a stand-up paddle board.

Posting on Facebook, Cal, a veterinary surgeon, said: “I paddled 38 miles today to get here, through some of the toughest and most dangerous tidal races yet, past about a hundred thousand birds and hands down the most spectacular, massive cliffs I have ever seen!

“This has been the most incredible journey of my life, and I look forward to updating you with more stories in the coming days, including a whole host of (fun) stats.”

“Thank you all SO much for your support. 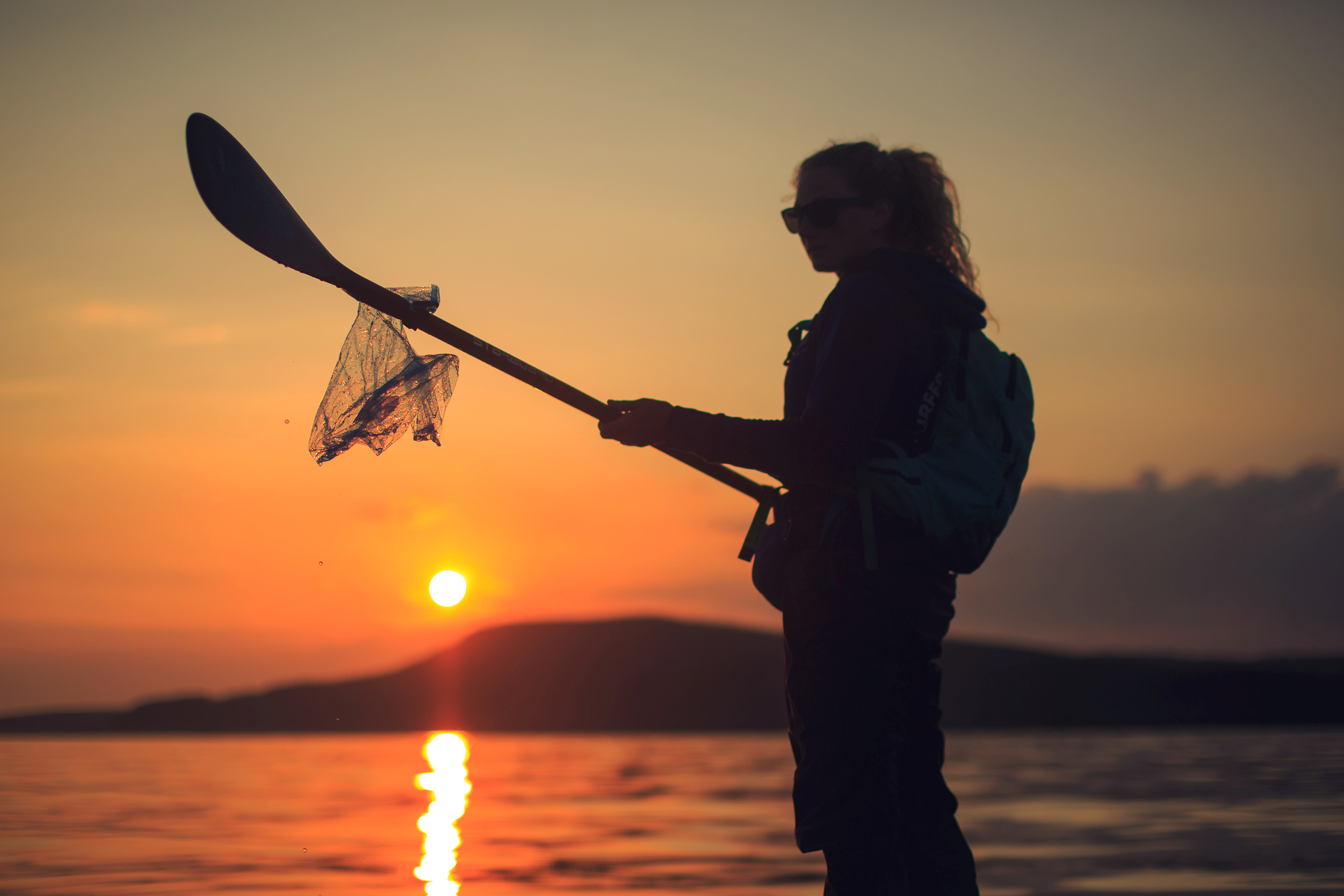 “I really can’t describe how much of a difference it has made having you all there willing me on and supporting my messages and donating to my fundraising page. Really, thank you.”

Cal undertook her Paddle Against Plastic, raising awareness of plastic pollution in the oceans, without a support boat, collecting litter along the way.

During her expedition, Cal also raised more than £4,000 for the Veterinary Benevolent Fund and Samaritans.

She said: “The key is not to be overwhelmed by the problem, but to look at the positive things that we can do to make a difference, such as switching to a refillable bottle or coffee cup.

“Start noticing the plastic we are using in daily life, and that which is littering out natural spaces and add your voice to the growing number of people demanding change from the companies – consumer pressure is working and it’s important to keep that momentum going.”