This video captures a freak storm which damaged cars and houses with hailstones - the size of TENNIS BALLS.

This video captures a freak storm which damaged cars and houses with hailstones – the size of TENNIS BALLS.

The frozen pellets plummeted to the ground for 15 minutes, smashing through car windscreens and sky lights.

Mark Healey, 39, said his Subaru Outback was covered in dents and photos show the windscreen shattered in four places with a huge hole.

He said the onslaught in Louisville, Colorado, on Monday sounded like ‘sniper fire’ and left the roof of his house and two windows in need of repair.

The fintech worker said: “It went on for 10 or 15 minutes and was like golf balls and tennis balls.

“Initially it was one stone every five seconds but it got heavier until it was like sniper fire.

“My car looks like I drove it on to a golf course and left it.

“The house has light damage. it needs new windows in two places and quite possibly a new siding and new roof.

“Maybe that’s more than ‘light’ now I come to think of it.” 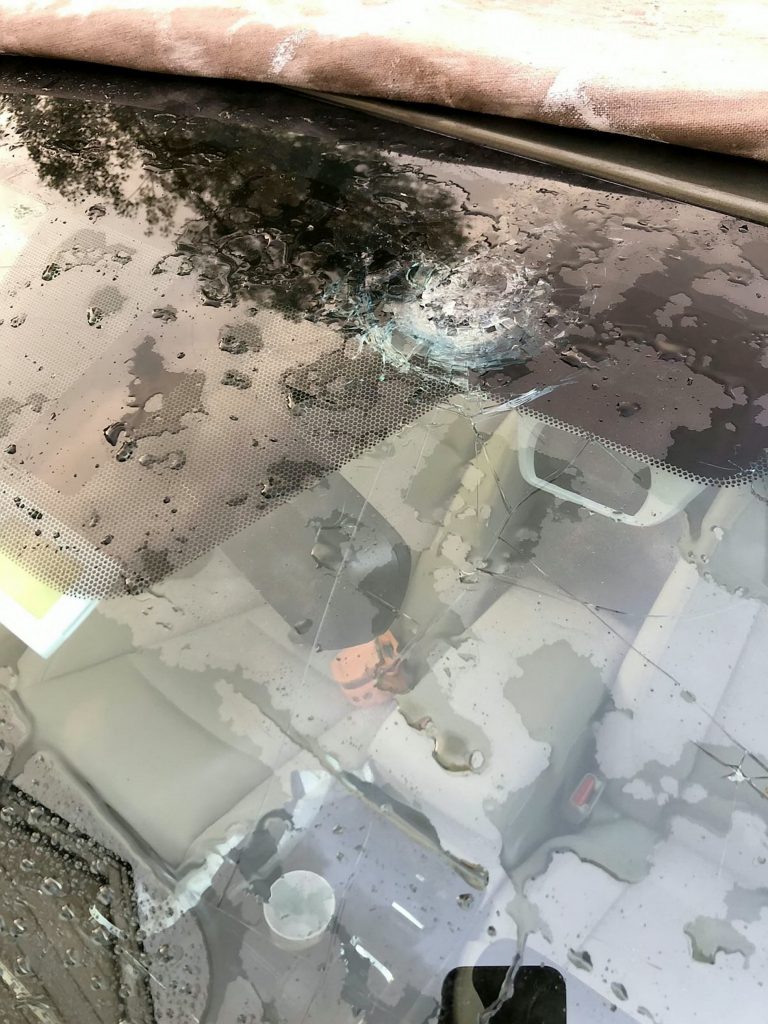 The storms blasted Boulder County at approximately 7pm and were followed by lightning strikes.

Farmers reported the hail had wiped out the spring crops like spinach, lettuce, sweet corn and pumpkins.