A toddler has been given a life-saving kidney by a complete stranger after his police officer parents tracked down a donor – on Facebook.

Ethan Davies, two, was on home dialysis for 11-and-a-half hours every day when stranger Katrina Roberts, 24, spotted the appeal.

Within says she had offered to donate her kidney and on Tuesday (05/06) the pair both went under the knife in different hospitals.

Dad James, 43, and mum Nicola, 36, who both work for Thames Valley Police, said her kidney “started working the moment it was connected” to Ethan.

Speaking today (Weds) his dad, an inspector from Bicester, Oxon., said: “Katrina put herself on the line for a baby she had never met, who she had no links to – a completely selfless act.

“We can never thank her and her family and partner for the chance they have given us and Ethan.

“He is doing really well and I understand that Katrina is also well – although very sore I’m sure.”

Ambulance call handler Katrina, from Northiam, Sussex, added: “I’m an auntie of 10, so the thought of anyone in my family needing anything similar just breaks me – so this was an easy decision for me.”

Before Ethan was born a scan revealed there was a “blockage” in his bowel which enlarged his bladder and damaged his kidneys.

A second operation to relieve the trapped urine caused an infection which made Nicola go into premature labour at 23 weeks in March 2016.

Ethan has been on dialysis since July 2016, but an infection saw him put into an induced coma and suffer a heart attack in December 2016.

In January 2018 he was strong enough to accept a transplant, and his family and friends launched a search for a match.

They started a Facebook page called ‘Ethan’s Journey (to a kidney transplant)’ which was shared on a page ‘UK Cop Humour’, which Katrina follows.

It said the ideal donor was a female with an O+ blood group – matching Katrina – so she emailed the hospital that night for more information.

Out of all the people who offered to donate their organ, Katrina’s was the best match and she also had 100 per cent kidney function.

Around two weeks later she found out she was a tissue match and met Ethan and his family for the first time in May when they went for a mandatory legal review to see if the transplant could go ahead.

James said: “We’ve always known Ethan would need a transplant but never knew that an innocent Facebook post to a wider audience would lead to so many offers of kidneys from so many people – some we knew, some we didn’t.

“This was the first time the hospital had seen a social media campaign like this and were overwhelmed but very quickly they identified Katrina as being the closest match.

“Not only that but her kidney function was well over 100 per cent – not a superhero power I knew existed.”

Katrina’s kidney was removed at Guy’s Hospital in London on Tues before it was taken to Ethan in Great Ormond Street.

Writing online before the operation, she said: “My fiancé is a police offer so understandably the police family is very close to my heart and we always like to look out for each other.

“I’ve had more support than I could ever need.” 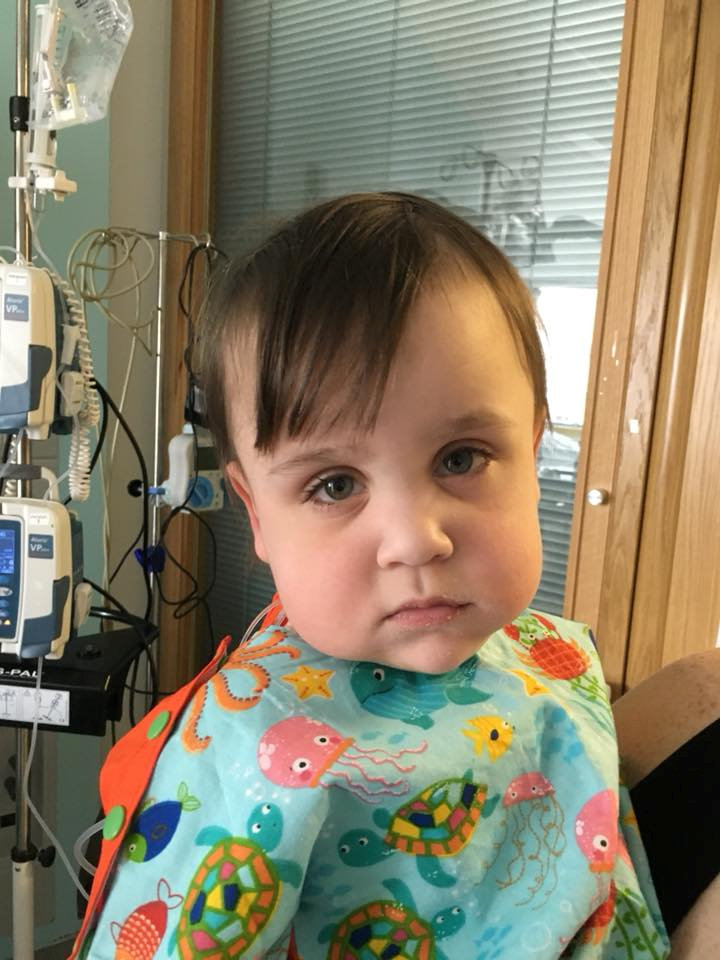 James added: “His brand new super kidney started working the moment it was connected and he now produces urine.

“He’s sedated still but fighting the sedation so they may wake him today. He is going to be cross!

It's Me Or The Dogs: Dog lover throws out her husband after he makes her choose between him or her pets