This terrifying footage shows a criminal leading police on a dangerous high-speed chase -- in what a judge described as a "monstrous" piece of driving.

This terrifying footage shows a criminal leading police on a dangerous high-speed chase — in what a judge described as a “monstrous” piece of driving.

Daimon Hick, 26, was filmed overtaking vehicles at breakneck speeds and driving in the opposite lane of a dual carriageway on a police dashcam.

At one point he accelerates to a shocking 80mph in a 30mph zone in his Vauxhall Astra.

During the chase, on March 6 this year, Hick also mounts grass verges and comes close to taking out two pedestrians as he races through a set of red lights.

The driver then abandoned the vehicle while it was still moving and ran off into a housing estate pursued by officers who can be heard saying “get him” as he darts away.

He was found in possession of cannabis when later arrested following a short chase.

Hick, from Cottingley, pleaded guilty to dangerous driving, possession of cannabis, driving without insurance and driving without a licence and was jailed for 14 months at Leeds Crown Court.

Police began following Hick on the Ring Road, near to the White Rose Centre, as they became concerned about his driving.

Vehicles had to take evasive action as Hick drove on the wrong side of the road.

Two pedestrians, one with a walking stick, had to step out of the way of Hick’s Vauxhall Astra. Hick, 26, put more drivers in danger as he drove the wrong way on a roundabout onto Town Street.

Hick, who had a female passenger, headed back onto the Ring Road, where he drove in the opposite carriageway before crossing a central reservation.

Police managed to keep up with Hick’s vehicle as he turned left onto Churwell Hill. 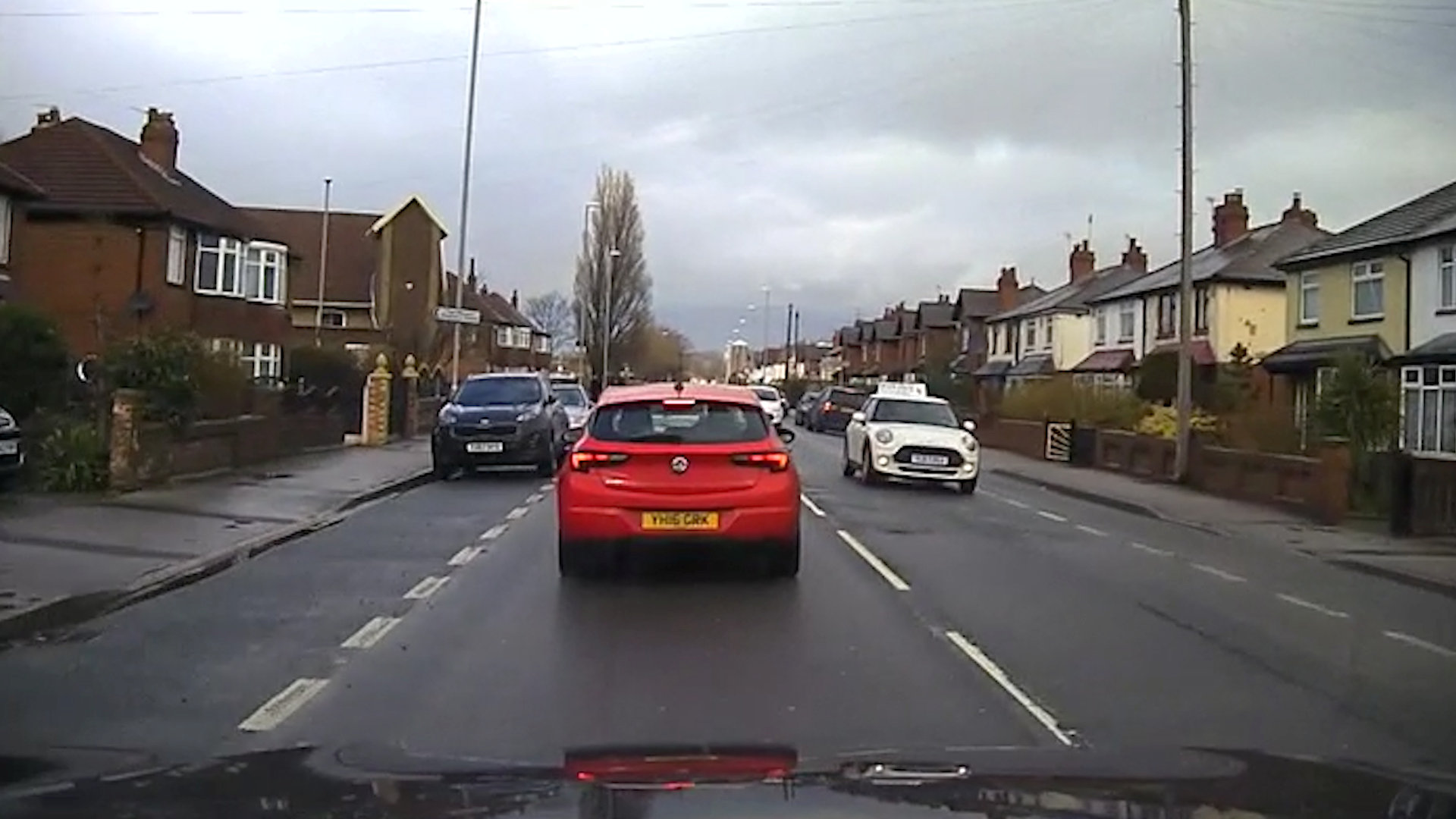 “This was a monstrous piece of driving.”

Hick, who has previous convictions for vehicle offences, was also banned from driving for three years, seven months.