Fifteen-year-old Lewis Inglis from Tranent, East Lothian, who has been crowned world champion on the Muay Thai scene after defeating two Dutch opponents

A teenage prodigy has been crowned world champion in kickboxing and Thai boxing after taking up the sports to keep him off the streets.

He claimed the world titles for K-1 and Muay Thai, adding to his already impressive achievements.

Established in the 18th century, Muay Thai, or Thai boxing, is the ‘art of eight limbs’ – using punches, elbows, knees and kicks to strike the opponent’s body.

Lewis, from Dalkieth, Midlothian, triumphed at the World Kickboxing Championships between September 15 and September 23 near Pisa, Italy.

He is the current British number one and number two in two weight divisions.

The schoolboy started learning the sports aged ten, and trains up to five times a week, depending on his football commitments.

Lewis said: “I got into it through my dad – he did kickboxing and Thai boxing, and once I tried it I’ve been doing it ever since.”

He joked that he was surprised the competitors at the competition were not working to a higher standard.

“I was surprised – I thought the fighters would have been a lot better,” Lewis said.

He had to go through three rounds for the K1 competition, and an exhausting five rounds for Thai boxing.

Lewis added: “Some of my friends are impressed and some of them take the mickey out of me.”

He spends around 15 hours a week training, five nights a week, and still fits in time to play football to a competitive level – admiring Wayne Rooney and Conor McGregor.

Proud dad David said: “I’d done a bit of training and Lewis was asking about it.

“I was trying to get him into martial arts but he didn’t like judo.

“When he got into it, that’s it, he never looked back.

“I think he prefers that to being out on the streets or around the house.

“It keeps him out of trouble.” 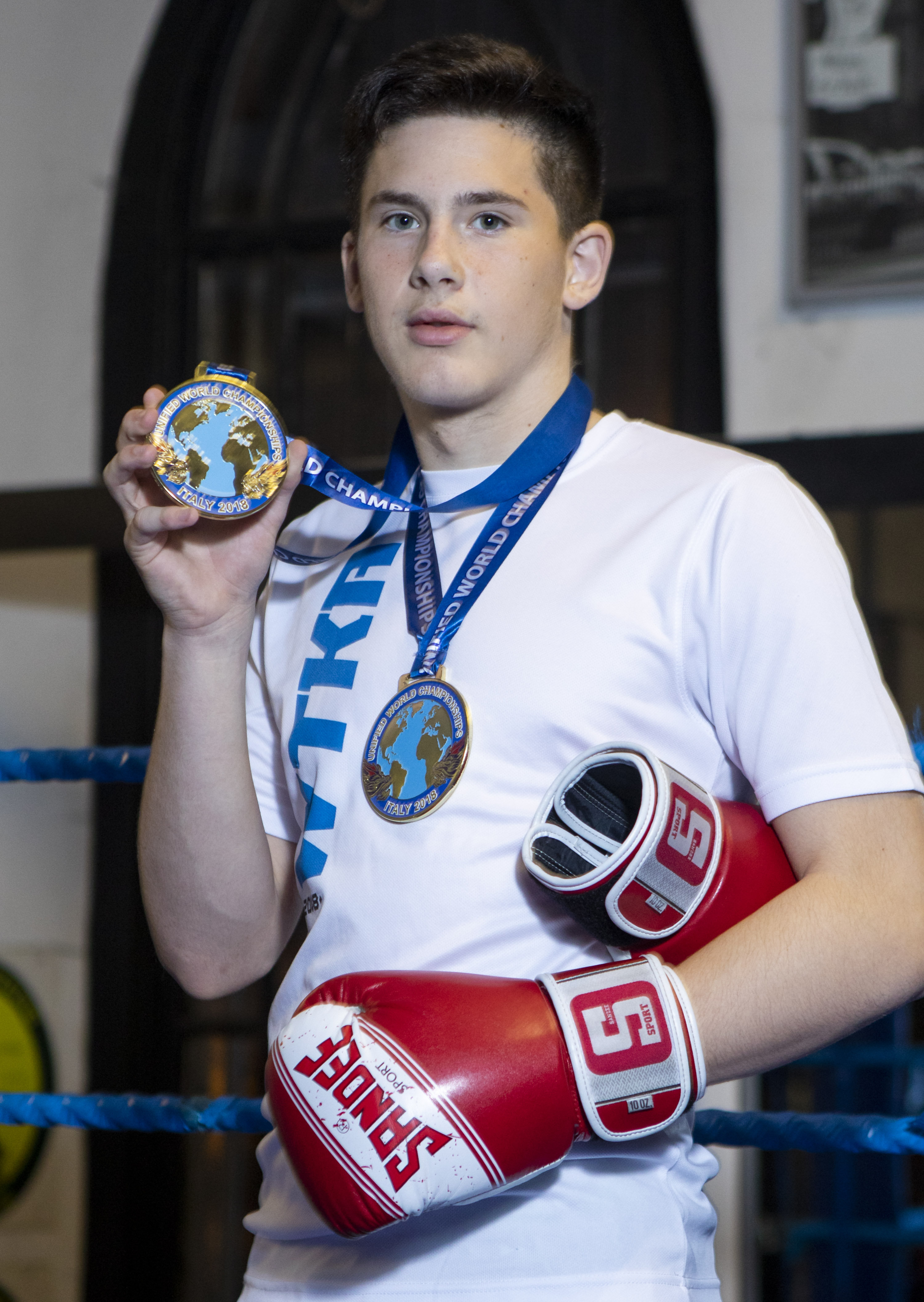 The father and son were away in Italy when they learnt that Lewis had been picked for the Scottish Youth Football Association national development squad.

The dedicated teen, who supports Hibs, plays as a centre midfielder for Longniddry Villa U16s.

And Lewis’ mum Nikki, 45, added: “I was amazed at what he achieved in Italy.

“His confidence has grown – he’s got to wait until he comes back from a competition, then you see a smile on his face and a cheeky grin as he realises what he’s achieved.”

She joked: “We’ll need a special trophy room for all his achievements.

“At first it was something to keep him off the streets, but what he’s achieved is amazing.”

Lewis trains at Black Diamond Thai Boxing Club based at the Bronx Boxing Gym in Tranent, East Lothian, where he was one of the first youngsters to show an interest in the sport.

Why Can’t We Be Friends? How kindness, not intervention, can stamp-out bullying