Inside Cornish 'Mary Celeste' home left untouched for more than 20 years.These haunting images show a 'time capsule' home that was left abandoned by its owner over 20 YEARS ago.

These haunting images show a ‘time capsule’ home that was left abandoned by its owner – more than 20 YEARS ago.

Tea cups and crockery are still on display on the welsh dresser and the cupboards are stocked with rusty old tins of food.

No one in the area knows what happened to the owner, but everyone agrees he left after his wife died.

The house, near Penzance, Cornwall, and all it’s contents will be going to a new owner as it is set to go under the hammer next month.

The house, that benefits from sea views, was abandoned in 1997 and has remained locked up for the past 20 years.

It was originally bequeathed to the owner’s son who in turn left it to other relatives – but the house was never lived in again.

Lucy Fuller, auction surveyor for Countrywide Property Auctions, South West, said: “This is a totally unique opportunity for someone in this area, and this is why people send these types of properties to us.

“From what we can gather, the property was locked up over 20 years ago and it appears that many belongings in there have not moved since the last time the old vendor left.

“Tea cups and crockery remain on shelves, clothes remain hung up and chairs are still around the dining table like they are waiting to be used once more.

In a bedroom, a suitcase full of blankets has been left on one of the beds, too full to close and on another bed sits an open book.

The first line reads: “The merest whiff jerks me back to that first night away from my wife, and to the feeling I had then. It was a dull, empty ache which never really went away.”

A bookshelf takes pride of place in the dining room, and in the kitchen there is a copy of the 1997/1998 Yellow Pages.

A double bed has fallen through the floor into the living room below.

At one point during the last 20 years, the roof actually blew off the house in a storm and landed in the road.

Neighbours convinced the council to do temporary repairs to the roof to keep it safe, but it is still open to the elements in some parts.

Lucy added: “Over the years the property has taken a bit of a battering from the elements, meaning that entry inside is not possible due to health and safety.

“But the charm is very much still there and the potential with the property is a renovator’s dream.” 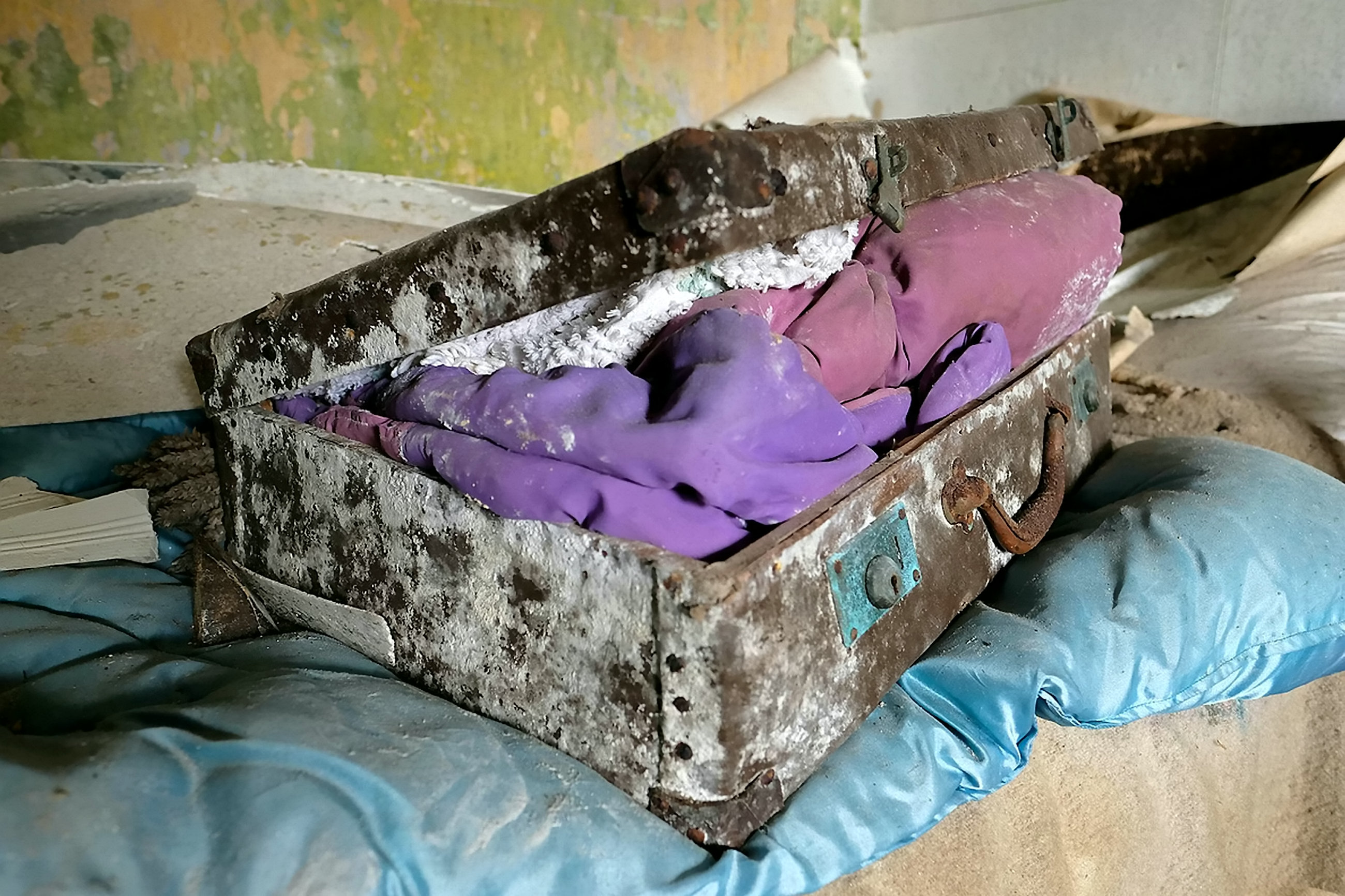 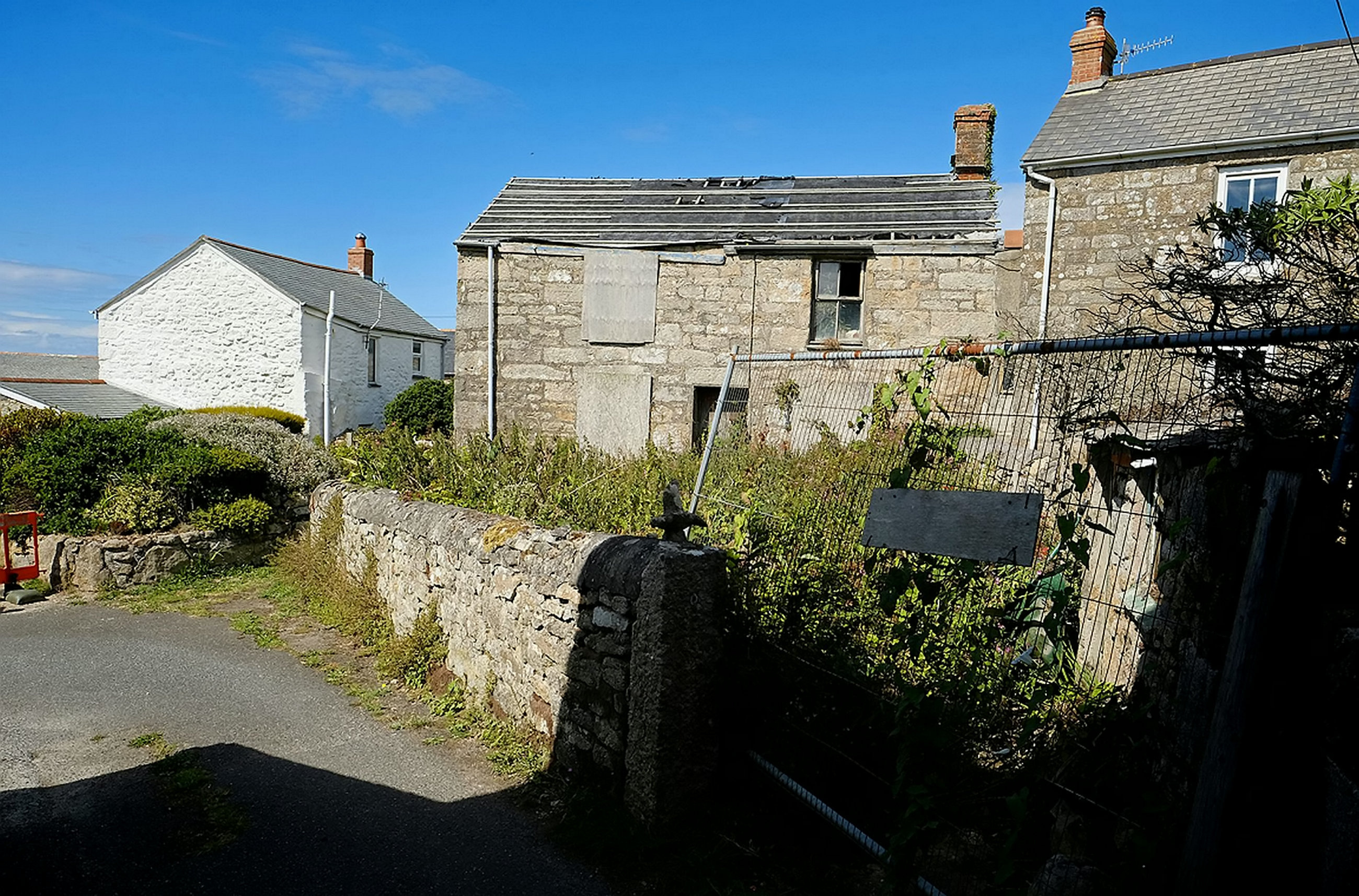 The cottage goes to public auction on September 6, 2018, at Sandy Park Conference Centre in Exeter, Devon.

Despite there being no internal viewings available due to health and safety concerns, the boarded-up end terrace cottage is expected to exceed the guide price of £50,000.