This is the shocking moment a thug almost killed a sleeping homeless man by setting his tent on fire in a mindless arson attack.

Callous Ian Gordon, 51, was captured on CCTV casually strolling up to the tent at around 7am on June 21 before kneeling down to drop a lit match.

The yob is then seen setting another corner of the canvas alight and standing back to admire his handiwork before also stealing the man’s coat.

Matthew Dervan had a lucky escape after being forced to clamber out of the tent seconds before it is engulfed in flames and burned “to a cinder” within minutes.

Gordon, of Sheldon, Birmingham, admitted arson and theft following the random attack on a grass verge outside a church centre in Birmingham city centre.

Judge Patrick Thomas QC, sentencing, said: “You set fire to a tent in which someone was asleep.

“It is pure good fortune for you and him he woke up before it was too late.

“I have no explanation for why you did this.

“This case of itself demonstrates that you are a danger.

“There is a significant risk you will re offend.”

Patrick Sullivan, prosecuting, said: “He was asleep in the tent at around 7am when CCTV captured what the defendant did.

“Ian Gordon walked up to a corner of the tent, knelt down and used what looked like a lighter to set fire to it.

“He then did the same thing to another corner.

“There were a number of things draped over the tent including the victim’s jacket which Gordon took.

“Both sources of ignition took hold and flames grew rapidly.

“Thankfully the sleeping Mr Dervan awoke and climbed out of the side of the tent and watched as the rest of it burnt down to a cinder. 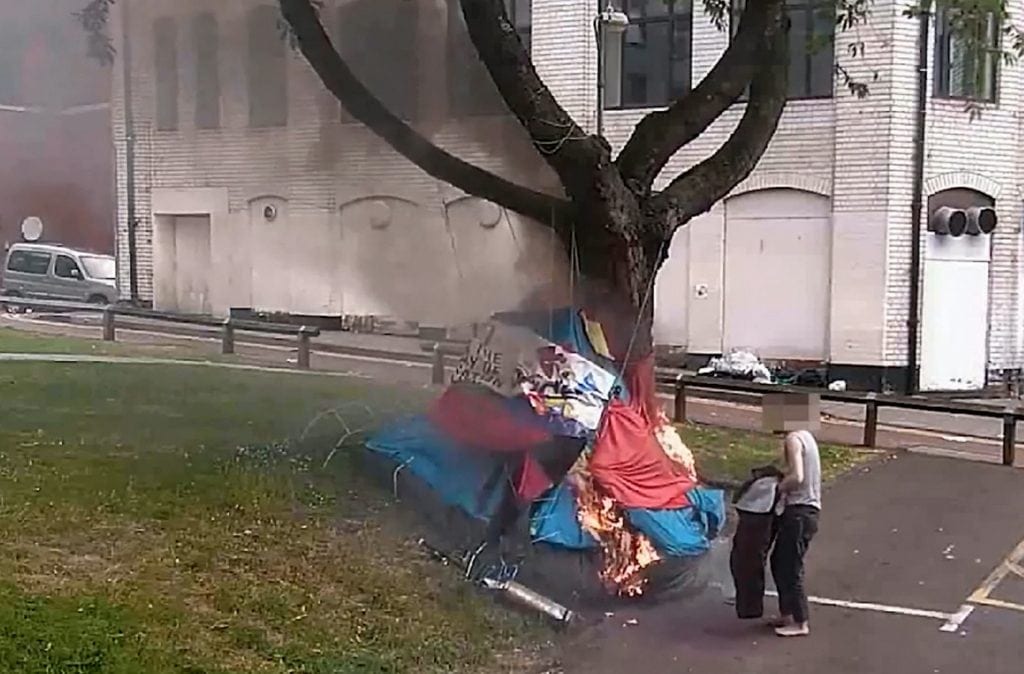 “There is nothing left of the tent. Just a few scorch marks.”

Theresa Hunt, defending, said: “There is no satisfactory explanation as to why Gordon would have carried out this offence.

“He had nothing to gain from setting fire to the tent.

“He left his house early that morning, got a bus into town and did this.” 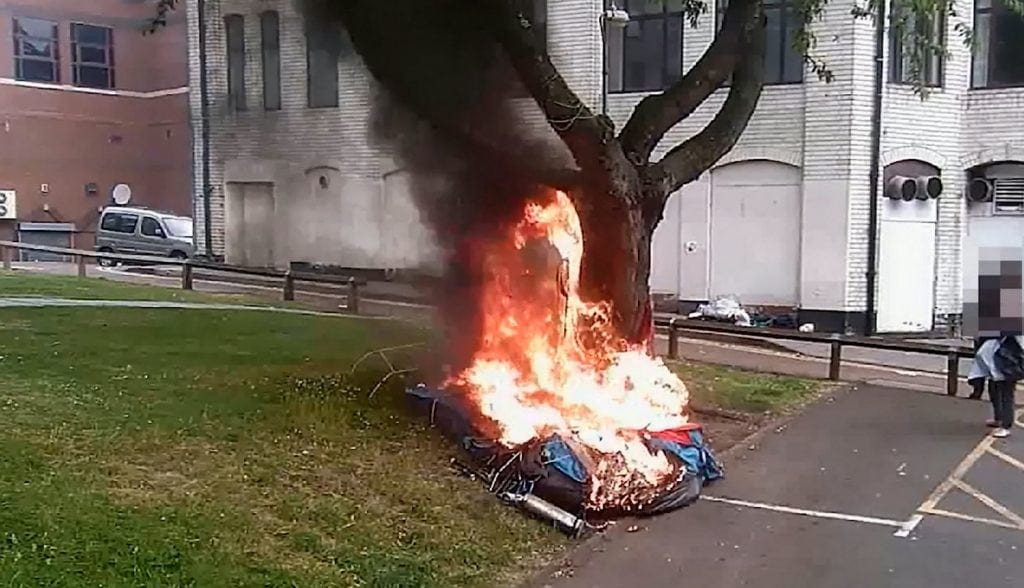 Detective Constable Laurence Green, of West Midlands Police, said after the case: “We still don’t know what the motivation for this was.

“Following the offence, a number of officers from the local neighbourhood team and CID walked around the city centre, speaking with members of the homeless community, not only to gather intelligence of the offence, but to reassure them.

“The offender was quickly identified from the excellent CCTV footage and was arrested from his home address.”