Lola McKnight, 7 and mm Frankie McKnight, 33, of Wakefield, Lola can now become her favourite super hero after being fitted with a state of the art hearing aid.

A seven-year-old girl born with hearing problems can finally dress up as her favourite superheroes – after getting a high-tech hearing aid.

Tomboy Lola McKnight had been forced to wear a prominent hearing device held in place by a headband since she was five months old.

The youngster felt the device held her back from dressing up and looking like her favourite superheroes, the Hulk and Spiderman.

Now the Marvel-mad kid has been given an a discreet, behind-the-ear aid that sticks to the skin, allowing her to become a superhero and giving her better hearing.

Mum Frankie, 33, said: “The advanced technology means she can hear better, which is great – but Lola is happier to lose the headband, it really ruined her street cred.

“She is a real tomboy, she loves watching shark videos with her dad, runs a boys only dinosaur club and would not be seen in a skirt – but most of all she loves superheroes.”

Lola’s new device, delivered on December 10, is called an Adhear and it the cutting edge of hearing technology.

They are perfect for children as they use bone conduction to increase hearing levels, do not require surgery and are simply stuck to the bone at the back of the ear.

Mum-of-two Frankie shot a mobile phone video of Lola trying the device out for the first time.

Her excitement is a joy to behold.

Mum-of-two Frankie said: “Now Lola has her own superhuman hearing.

“She could hear the difference straight away. She though the birds sounded like dinosaurs and said to me: ‘Mummy, you are too loud.'”

Lola was born without a right ear. She only had a flap of skin. Straight away medics knew she would have problems with her hearing and countless tests followed.

As a tiny baby she was diagnosed with grade three microtia.

It is the medical word to describe a small or absent ear.

Most children with microtia will have some degree of hearing loss on the affected side.

This is because the middle ear, which contains the eardrum and tiny ear bones, is affected as well as the outer ear.

In Lola’s case her ear canal is also absent, so sound waves cannot pass through the ear in the normal way.

Although her inner ear is healthy so hearing aids help enormously.

“But Lola has always been bright and bubbly,” said Frankie. “She has never let it get in the way of what she wants to do, so that has helped us, as a family, see that she will be okay.”

Lola was given her first standard issue bone activated hearing aid (BAHA) when she was five months old. It was held in place by a headband. 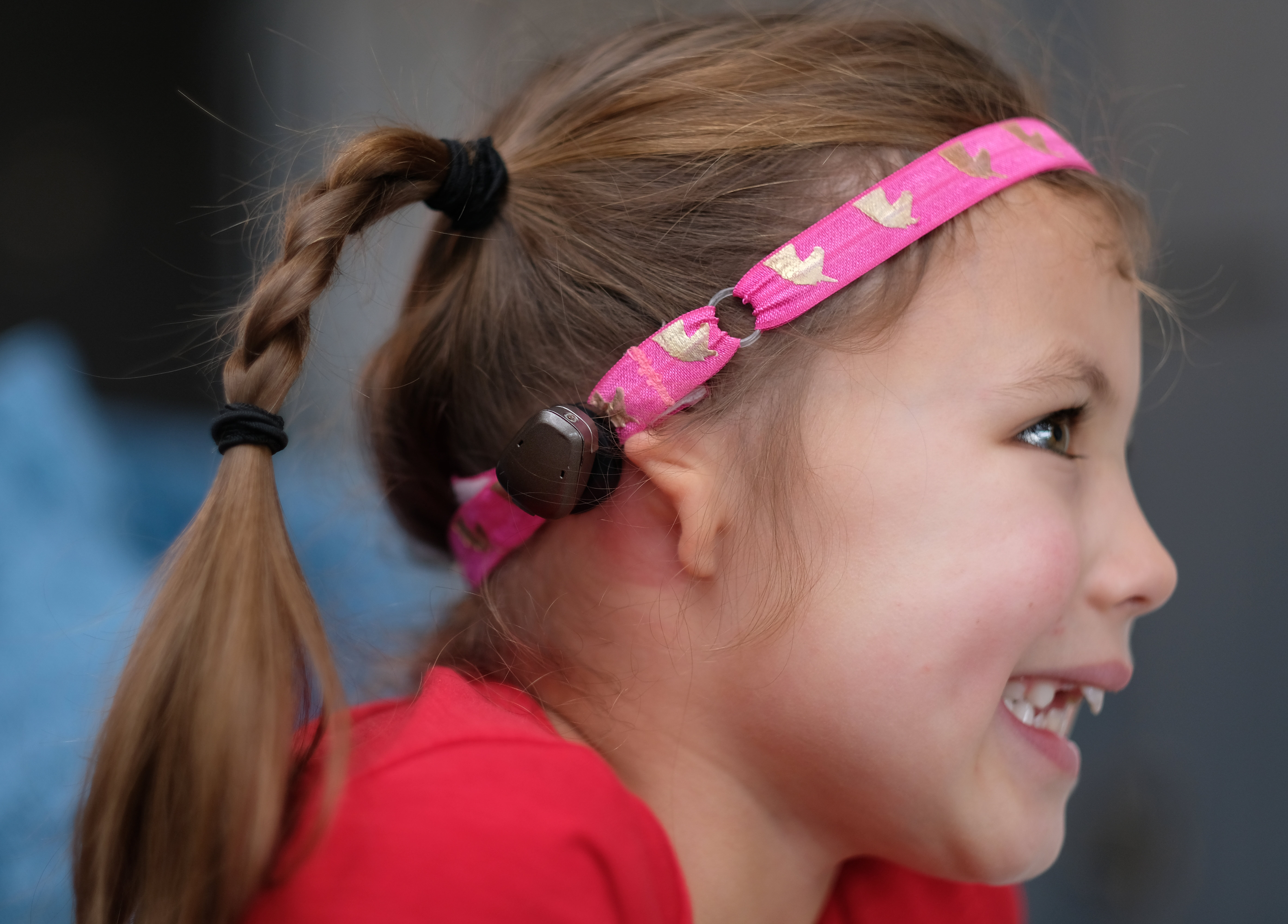 Thinking Lola would be as girlie as her big sister, Nelly, 10, Frankie opted for a pink headband.

“It was a bit of a nightmare,” said Frankie. “She would grab at the headband like crazy, we were always having to put it back in place and tell her to leave it. She had to keep it on otherwise she can’t hear.”

As soon as Lola was old enough, she knew she did not want a pink headband and swapped it for a red one – Spiderman red.

“Lola loves everything red and green,” said Frankie. “No pink for this one.”

The family were delighted when their consultant told them about the new techonology in hearing aids available on the NHS.

Frankie said: “We got a call in September asking if Lola would like to have a trial of an advanced hearing aid and we jumped at the chance.

“Lola loved it, she was so excited to not have to wear her headband. Nobody would know any different now.” 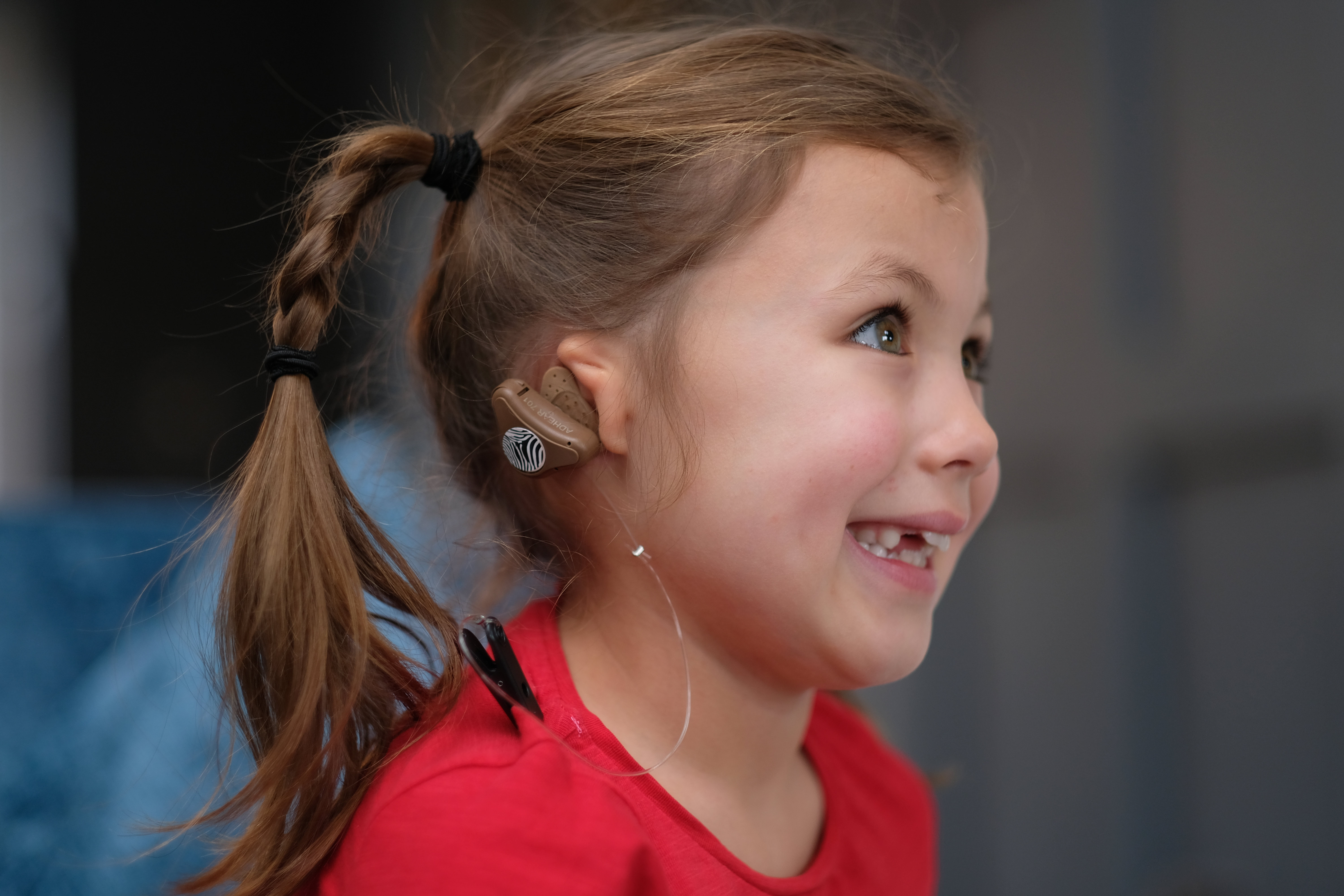 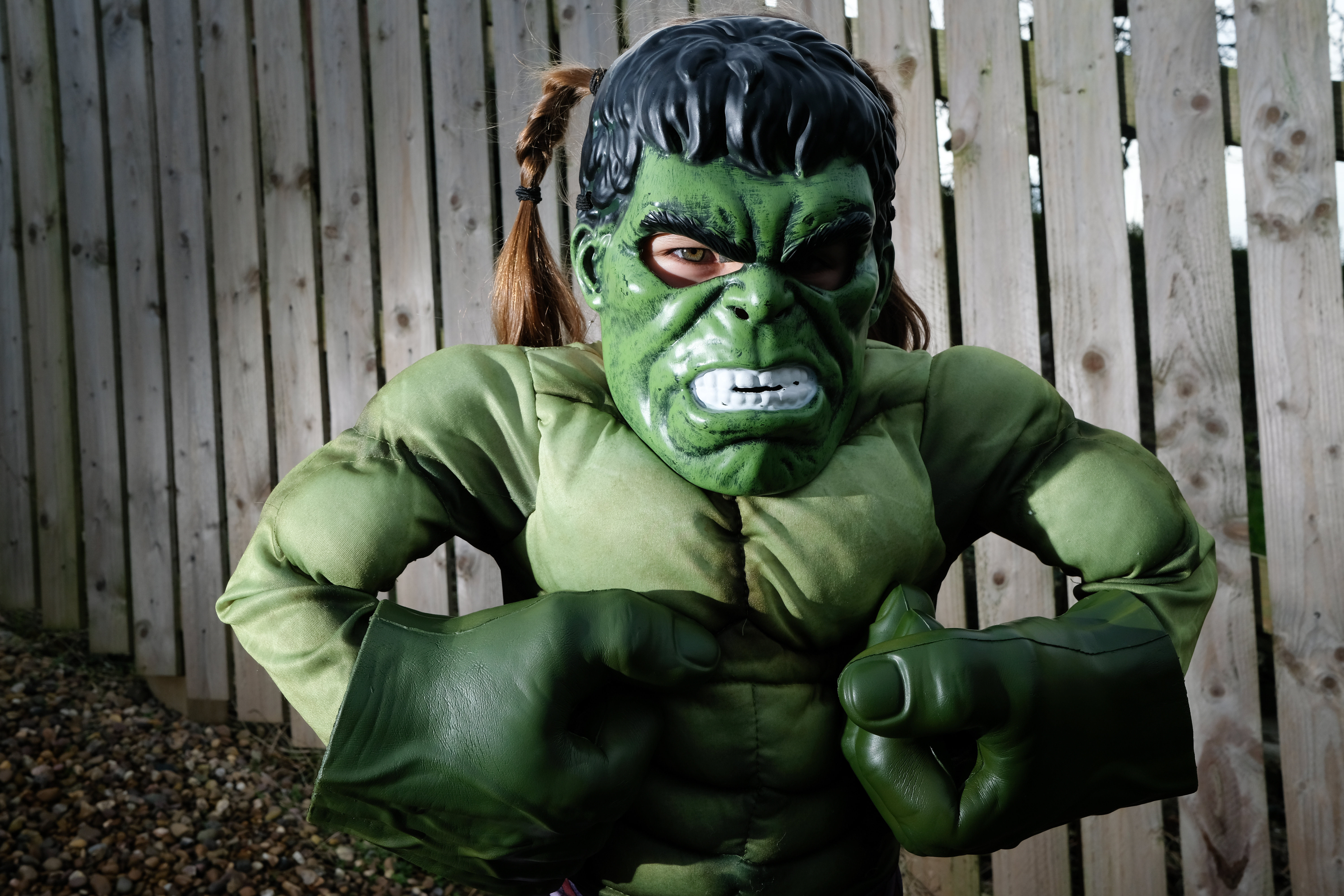 A spokesperson for Bradford Teaching Hospitals NHS Foundation Trust’s Audiology Service said: “Lola was getting fed up with having to wear a Softband hearing device so we thought it would be a good idea for her to trial the new Adhear device.

“We’re delighted that Lola is very happy with the new device and is doing well.

“We pride ourselves on providing an excellent service and helping children manage their hearing loss in the best way for them, so they feel comfortable and can get on with their lives.”