A seven-month-old baby girl was in hospital yesterday (weds) after an urban fox sneaked into a family home and bit the tot as she sat in her bouncer.

A seven-month-old baby girl was recovering last night (wed) after being mauled by an urban fox as she sat in a bouncer – INSIDE her home.

Little Raeya Wyatt suffered bite wounds to a foot and hand after the animal attacked her after entering through a back door that was on the latch.

Paramedics were called to her home in Plymouth, Devon, following the attack on Tuesday afternoon and she was later given a tetanus jab and antibiotics in hospital.

Raeya’s granddad Darren Boundry, who scared the fox from the house, revealed it had killed a neighbour’s cat just the day before. 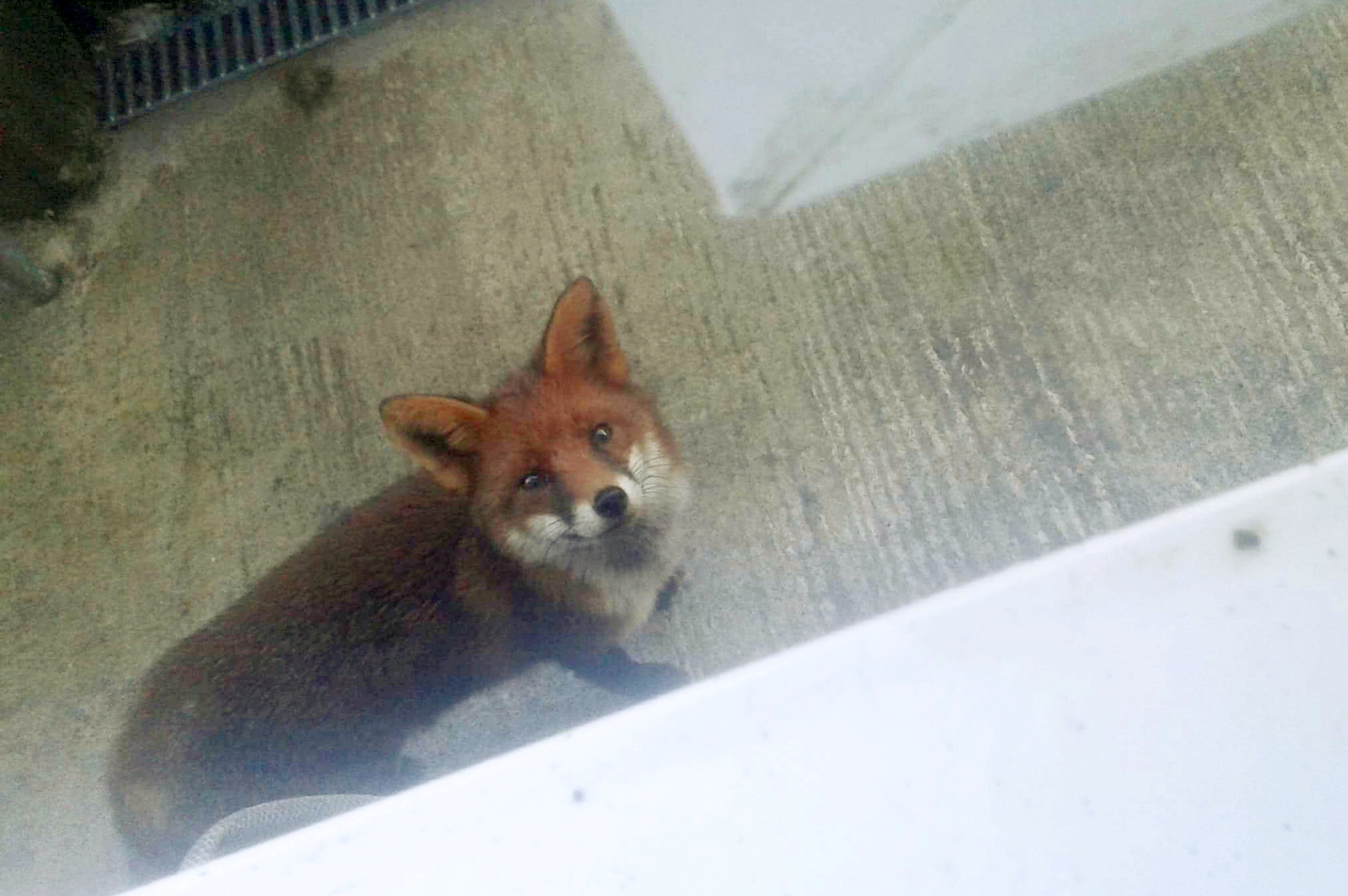 Horrified mum Leanne Boundy, 27, believes if the attack had lasted any longer her daughter could have been ‘ripped to pieces.’

Mum-of-three Leanne said: “I just thought it was an older fox coming to feed its babies and did not think anything of it, but it kept coming back to our back garden.

“No one saw the attack, my dad came in to shut the door and turned around and the fox was in the living room.

“The door was just on the latch, Raeya has bite marks on her hand and on her foot, they are puncture wounds.

“She was released from hospital on Tuesday evening, but is still shaken up. If an animal goes near her now she is scared and will cry.”

Leanne told she had contacted the RSPCA for advice prior to the attack because she had been concerned for the safety of her children Raeya, Reggie, four and Jimmy, one.

She added: “It has been walking along the side for several days.

“It lasted 30 seconds but in another minute it could have been a lot worse and ripped her to pieces.

“You don’t expect a fox to behave in that way. The RSPCA need to come and get it.

“I’m really angry with the RSPCA, if this was a dog that came in it would have been put down.

“Several calls have been made to the RSPCA but the fox is still in the garden. As a mother it was terrifying.”

“It sneaked up the side of the shed. I just turned around and looked in the front room and the fox was right behind Raeya.

“The baby was screaming, it all happened in about 30 seconds. I just took her out then phoned the ambulance.”

Raeya’s auntie, Roxanne Boundy, said: “It all happened in about 30 seconds, and Raeya had her hands and feet bitten.

“She was crying her eyes out apparently, she was released from hospital later that day in seven hours but has to be on antibiotics and be checked out.

“As a family we are all really angry that this was able to happen, we warned them and there were seven calls made to the RSPCA and we were told there was nothing they can do.”

South Western Ambulance Service said: “We were called on Tuesday at 1.47pm to an incident in the West Park area of Plymouth involving a suspected animal bite.

“We attended with a rapid response vehicle. A female patient was treated at the scene for minor injuries.”

A picture of the fox, posted on Facebook by a family member, has been shared hundreds of times.

South Western Ambulance Service said: “We were called on Tuesday at 1.47pm to an incident in the West Park area of Plymouth involving a suspected animal bite.

“We attended with a rapid response vehicle. A female patient was treated at the scene for minor injuries.”

It was reported that one of the baby’s fingers was severed but later re-attached by surgeons in a “delicate and difficult” three-hour operation.

The RSPCA says that fox attacks were “extremely unusual”.

A spokesman said: “It’s extremely unusual for foxes to attack young children or anyone.

“It’s not typical fox behaviour at all. Foxes will come closer to a house if there are food sources.

“Then they can become quite bold, but they usually do back off and run away when there’s people around.”