An American Bulldog could be the first rescue animal in Britain to have been officially given a Lordship.

An American Bulldog could be the first rescue animal in Britain to have been officially given a Lordship.

Mr Wilson is an eight-year old “absolute sweetheart” currently looking for a new home after his owner became poorly.

The rescue centre registered a defunct title in a bid to find him a new family and the gentle giant now has the official title Lord Wilson.

The dog dignitary has his own coat of arms as well and a distant claim to a small part of the 90 acre Hougun Manor Estate, a beautiful and historic estate on Coniston Water, Cumbria.

And staff and volunteers at the charity are now hoping a family will come forward to adopt the friendly animal.

The sad animal arrived at the Newquay shelter when his owner became too ill to take care of him.

Due to a lack of exercise, Lord Wilson suffers from a few issues with his legs and his strength needs building up again.

Both the dog and owner have found the separation difficult and Lord Wilson has been described by charity as a “physically fragile boy with a broken heart”.

A spokesperson at the shelter said: “He came to the centre with the name Mr Wilson, Willy for short.

“It seemed a natural progression to give him a stronger title and the company we contacted were more than happy to oblige.

“They have probably never been asked for such a unique request before.

“Lord Wilson is an older lad and he is a big lad with some health issues that a new owner will need to be aware of but is an absolute sweetheart so we were more than happy to think outside of the box to help raise his profile and hopefully find his new home this way.

“He is still waiting for his faithful loyal subjects to turn up to offer him a home.”

Staff added that the honour, which Lord Wilson accepted dressed in finery including a top hat and bow tie, is the “very least that this boy deserves”.

Despite being a large dog, Lord Wilson is described as a “gentle giant” who is good on the lead. 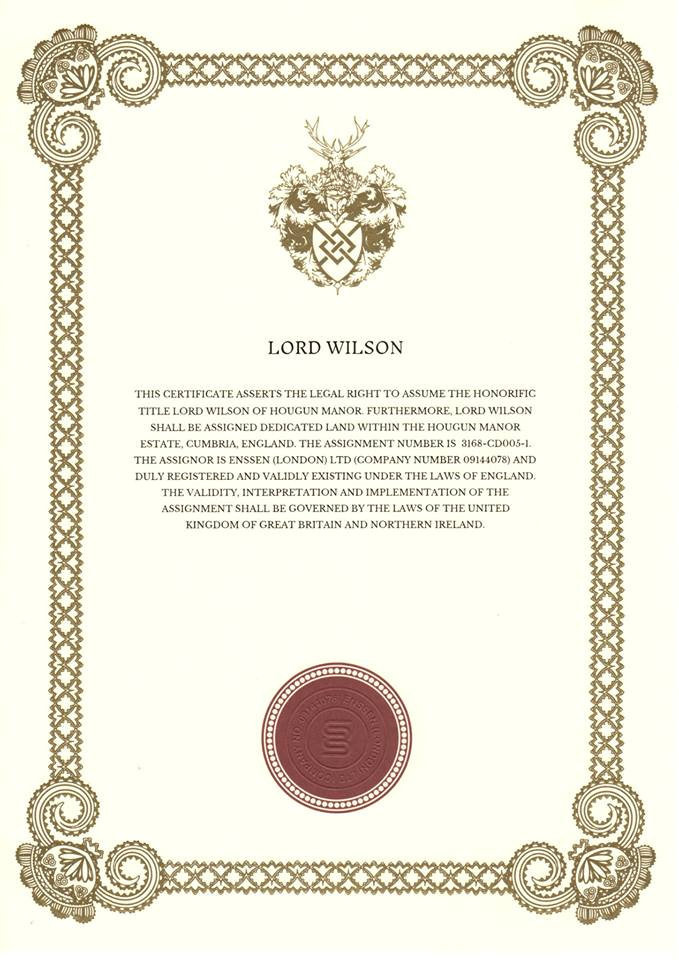 He needs “little and often” short steady walks and a secure garden he can sunbathe in.

St Francis Home for Animals say he could live alone or with a female dog as long as it is “a steady plodder” as he is “too fragile” to be with a more boisterous dog.

He has spent time with other dogs and horses before.