The parents of a young girl with a rare terminal illness which affects just one in 10 MILLION people face a race against time to get her groundbreaking new treatment.

Four-year-old Saffa Shehzan led a normal childhood until she was diagnosed with CLN2, a type of Batten disease, which affects just six people a year in the UK.

Less than a year on, she has already lost the ability to walk or eat – and is slowly going blind.

Her illness is incurable and fatal, and will eventually kill her.

The average life expectancy for Batten disease is just 10, with notable deterioration recorded between the ages of five and six. 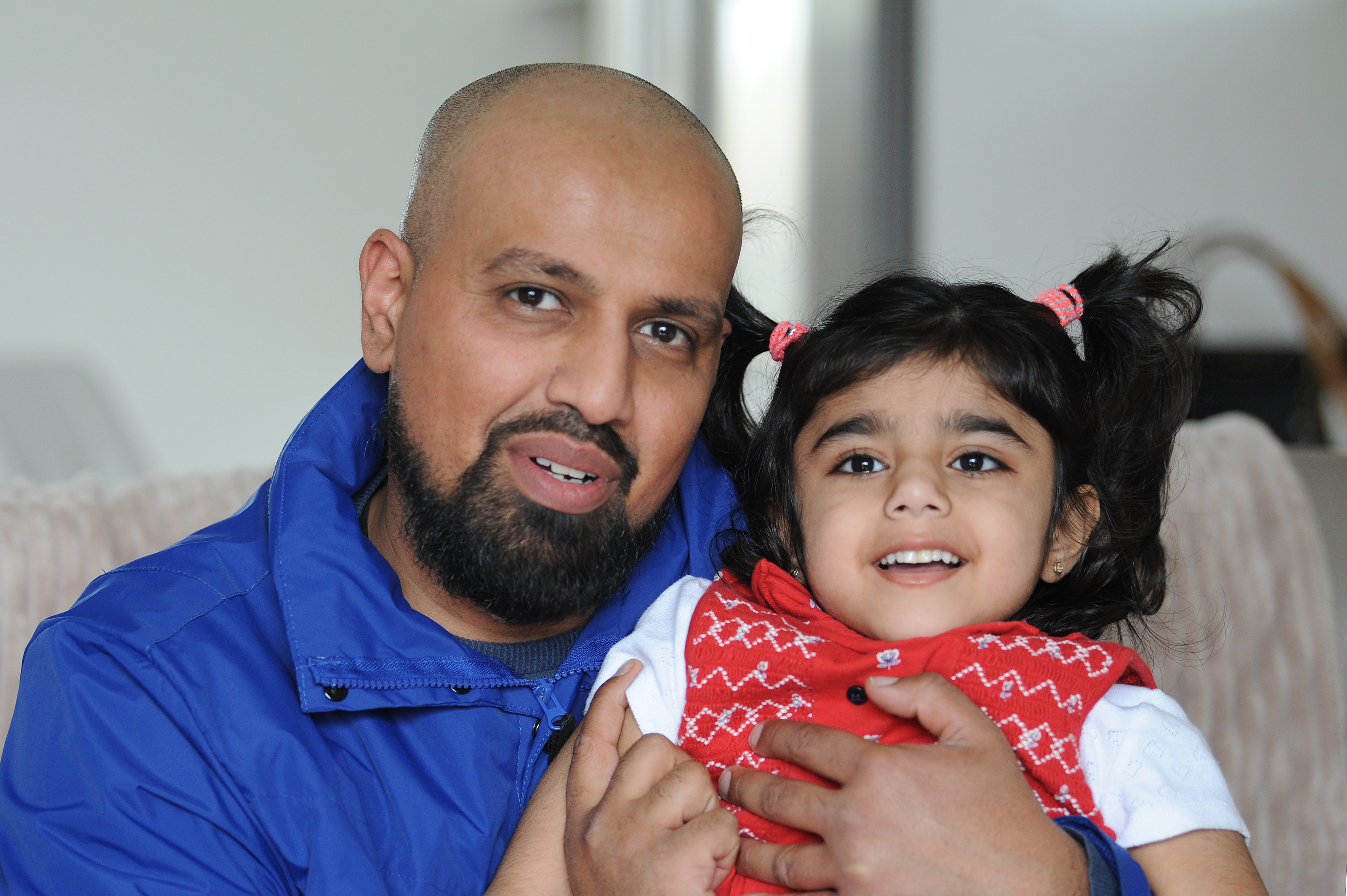 A new drug – Brineura – has been put forward, which stopped the brain condition in its tracks for 20 of 23 children who completed a 48-week clinical trial.

It has been approved for use in America and across Europe, but the National Institute for Health and Care Excellence (NICE), which makes decisions on which drugs to fund through the NHS, has deemed it too costly.

A committee is set to discuss the issue on Wednesday April 25, the day before Saffa’s fifth birthday, having already put off making a final verdict.

If treatment isn’t made available soon, Saffa’s condition may worsen to the point where her parents say they could face making a dreadful decision.

Mum Saima, 35, of St Annes, Lancs., said: “Timing is of the essence. If it reaches the point where her respiratory system deteriorates as well, it’s not fair on her.”

Dad Majid, also 35, added: “The precious time we should be spending with her, we are spending fighting.”

In contrast, prescribing aspirin and paracetemol – available for pence in shops – reportedly costs around £112.3 million a year.

Fylde MP Mark Menzies has written to health secretary Jeremy Hunt urging him to step in and make interim funding available before it’s too late, and wants a debate held in Parliament.

He said: “I met the Shehzan family, including Saffa, recently at surgery and I was amazed at the bravery they were able to show in the face of such an horrific condition.

“Batten Disease is both cruel and incurable, robbing children of motor skills, sight, speech and more.

“Given the small number of children it affects each year, I see no reason why this treatment cannot be made available.”

He pledged Saffa and her family his ‘full support.’

A happy youngster, Saffa would laugh, chatter, and dance – in her wellies – like any other tot until she suffered a sudden seizure in September 2016.

The only word she can now say is Isa, the name of her seven-year-old brother, and requires almost constant care.

Saima, who questions whether early treatment for the condition would be cheaper than the long-term costs of care, transport, and home adaptation, said: “It’s an awful, cruel disease.”

“Usually five is a huge milestone.

“But I dread her birthday because I know it’s getting closer.”

Majid added: “Twelve months ago, she was normal, but the speed of the regression is incredible.

NICE said the committee’s decision was a preliminary one, and said it went out to a public consultation that ended on Monday, March 5.

A meeting to discuss using Brineura was ‘rearranged to allow [Biomarin] to prepare and submit additional information for the committee to consider’, a spokeswoman said.

That will be held on Wednesday, April 25.

A petition launched by the Batten Disease Family Association, which calls on NHS England, NICE, Jeremy Hunt, and Theresa May to fund the drug has been signed by around 90,000 people.

“The BDFA, alongside families of children on this treatment, have seen how well it works.

“This treatment has given much longed for hope to families were previously there was none.”