Magdalena Malec (31) at her home in Dunstable.

A mum is taking legal action after losing almost all of her limbs because doctors failed to spot she was suffering from sepsis.

Magdalena Malec, 31, had to have both of her legs, her right arm and the fingers of her left hand amputated after contracting the killer disease in hospital.

She also needed a kidney transplant to save her life after being admitted with an ectopic pregnancy.

Bosses at the Luton and Dunstable University Hospital have now apologised for the medical blunder, which they accept could have been completely avoided.

Magdalena said: “Now my life is not a life, it is vegetation – a fight for life.

“I was waiting for six months for the amputation of my limbs, with stinking and decaying legs and arms.

“Nothing will restore what I had. I will never paint my nails again, I will never make a ponytail for my daughter.

“I do not trust doctors and I am very sceptical about all medical appointments and diagnoses.”

Magdalena, who is mum to Paulina, nine, and Severin, seven, discovered she was pregnant with her third child in December 2014.

But she and her partner Robert were devastated to be told just weeks later that she had suffered a miscarriage.

Magdalena continued suffering from heavy bleeding and stomach cramps, but was sent home from A&E with painkillers and anti-sickness tablets.

She returned to the hospital on Christmas Day and was finally told she’d suffered an ectopic pregnancy.

This occurs when a fertilised egg implants itself outside of the womb and requires urgent surgery to remove the affected fallopian tube and unviable foetus.

“I had been in and out of hospital since 22 December 2014 and by the time I was admitted on 25th December for surgery my pain was unbearable,” she said.

“That hospital hurt me badly and I probably will never trust any hospital again.”

But while in recovery, Magdalena developed extensive limb ischaemia which became gangrenous and caused her body tissue to die.

She later learned it was caused by a loss of blood supply due to medical staff not recognising the classical warning signs for sepsis and failing to follow their own sepsis protocol.

Magdalena had to wait six months for surgery to amputate her limbs, and had to return to hospital three times a week for dialysis, with each session lasting up to four hours.

During this time, her relationship with Robert also broke down due to the pressures of her disabilities.

She said: “Nothing will restore what I had.

“I have been left on my own, starting with re-learning how to walk, comb my hair, eat, and brush my teeth.

“From the very beginning everything was a big challenge for me. I would wake up and not know what I should do with myself.

“The only thing I dream about is decent living conditions with my disability and prostheses which will allow me to live as normally as possible.

“I am susceptible to infections because my immune system is weakened by the medicines I take to support my kidneys.

“I am learning how to live with pain. Going out and coping with the way people look at me is very difficult, and so is self-acceptance. 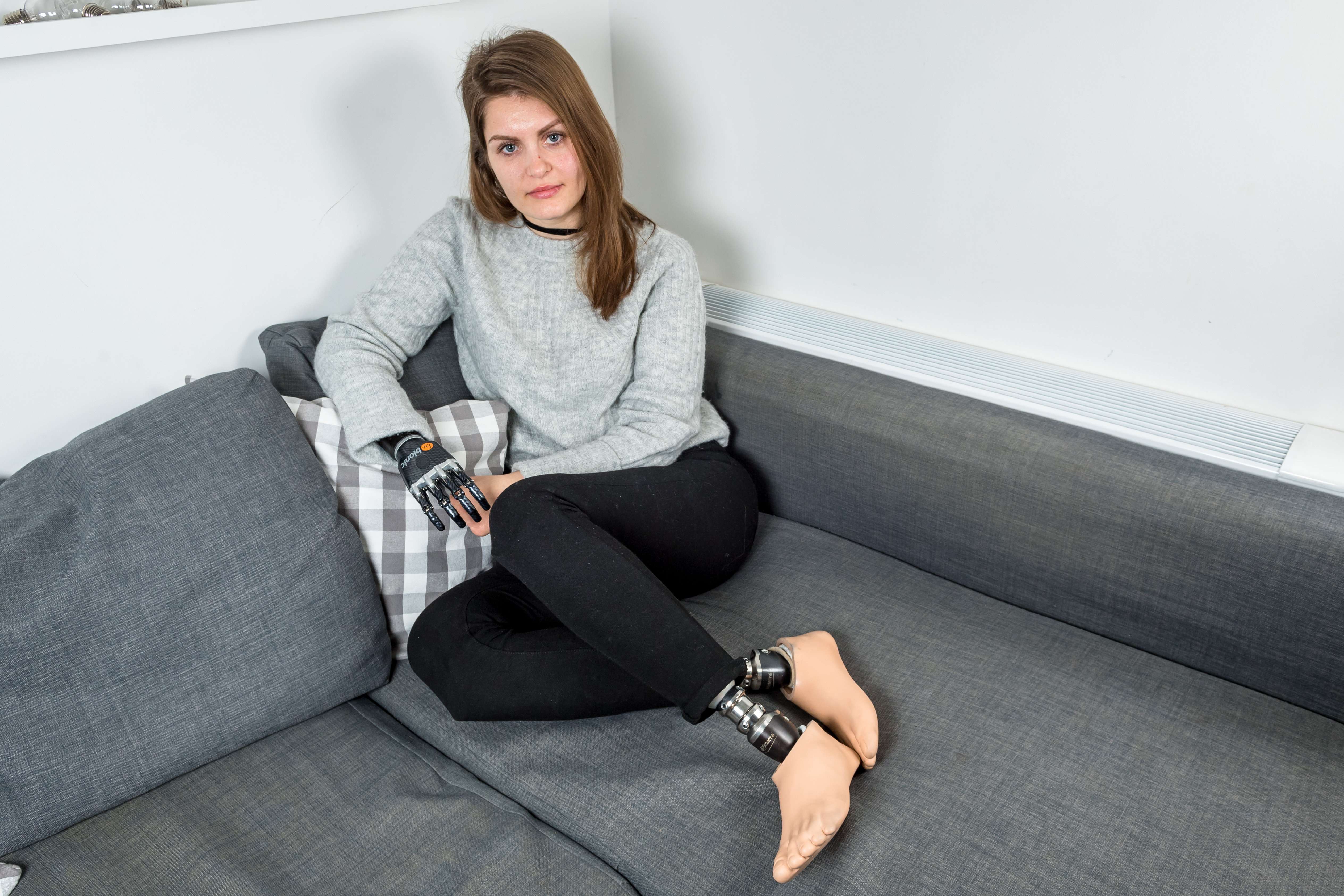 The NHS has apologised unreservedly for missing all of the classic signs of sepsis that Magdalena was experiencing, and accepts her outcome could have been avoided.

Sepsis is blood poisoning caused by the bodies reaction due to an infection and it needs urgent treatment.

Common symptoms include persistently high temperatures, rash and itchiness in the legs, blue and mottled limbs and inability to urinate.

A serious incident investigation report by the hospital said: “Prior to the anaesthetic she was noted to have a raised temperature.

“But due to the urgency of the clinical procedure she was considered clinically stable to undergo anaesthesia.”

Magdalena is now taking legal action against the hospital and has received an interim payment to help alleviate her financial hardship – she is expected to receive a further payment in due course.

Her lawyer David Thomas, Clinical Negligence Partner at Simpson Millar solicitors, said: “The catastrophic chain of events which led to Magdalena’s near death and horrendous injuries were completely avoidable if the hospital Trust had followed its own sepsis protocol.

“There were a number of missed opportunities or ‘red flags’ which were not acted upon until it was too late.

“If diagnosed early enough, sepsis is easily treated with anti-biotics but despite recent awareness campaigns, mistakes such as this are still happening. It’s tragic.’’

“The Trust wishes to convey its sincere apologies to Ms Malec and recognises that the care provided to her in 2014 fell below the standards that we strive for.

The Trust undertook an investigation to examine what improvements could be put in place, and learnings from this were shared in order to prevent similar cases. Findings from the investigation were also shared with Ms Malec.

We would like to assure Ms Malec, and all patients that we continue to work towards ensuring the quality of our services are maintained and improved where possible.”

Are you a Victim of Fake News? Here’s how a Reputation Management Company can help

Are you a Victim of Fake News? Here’s how a Reputation Management Company can help