A personal fitness trainer had to take a leaf out of his own book after an horrendous fast food diet saw his weight balloon to 325lbs — and he lost all his clients.

But the weight gain saw Kemuel’s 20 loyal clients slim down to zero and he was forced to abandon his career and take up a job as a security guard to support his family.

The sedentary nature of the job and the free hors d’oeuvres at corporate events caused Kemuel to hit 335lbs forcing him to wear 4XL shirts and 46inch waist trousers. 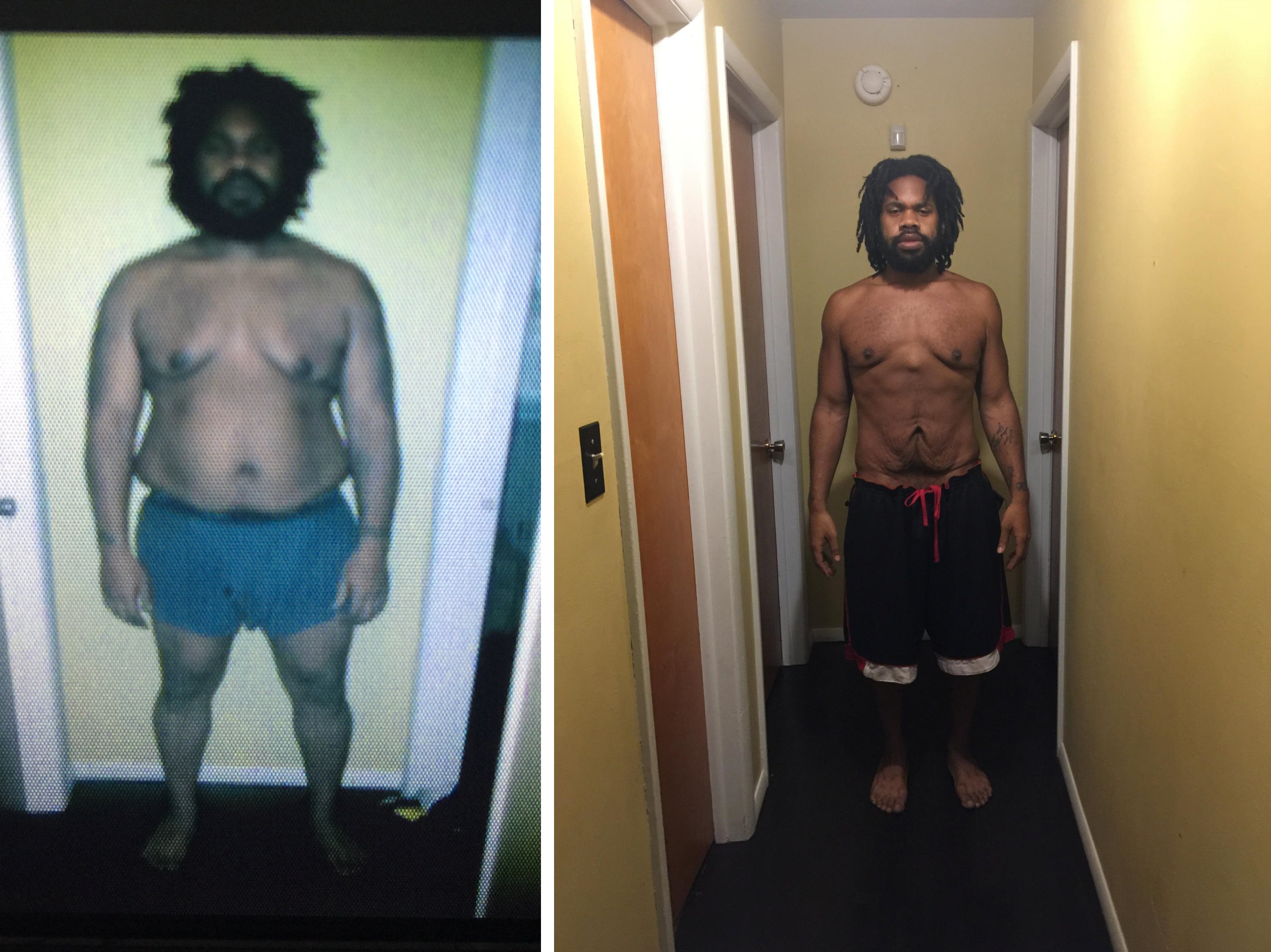 The dad-of-four, of Akron, Ohio, USA, said his weight impacted on his mental health and he struggled with bouts of depression

He knew something had to change and started a vegetable-based diet in August 2017, and even began growing his own veg to stay on track.

Kemuel swapped his meaty heroes for vegan pizzas and his late night snacks for home grown salads with his favorite black eyed peas.

In one year, Kemuel shed an incredible 140lbs and has returned to his dream career as a fitness trainer.

He said: “At my best point I was training about 20 clients and I was working with two high school football teams.

“But I was setting such a bad example for clients with my weight and my eating habits.

“If I was a client there was no way I would have hired myself because I was sick. I was morbidly obese. My eating was out of control.

“I would eat two servings of oatmeal, four slices of wheat toast with jam for breakfast and then I would have an Italian foot-long hero from Subway everyday for lunch.

“I was always grazing, but I was never satisfied. I battled with depression a lot and it ebbed and flowed which also made it difficult to motivate clients. I just gave it up.

“I started working security, and that was a lot of sitting down and they would have events where I would eat.

“I found myself at 335lbs and I knew something had to change. Last summer, my wife and quit eating meat during the week. We live on a plant based diet. 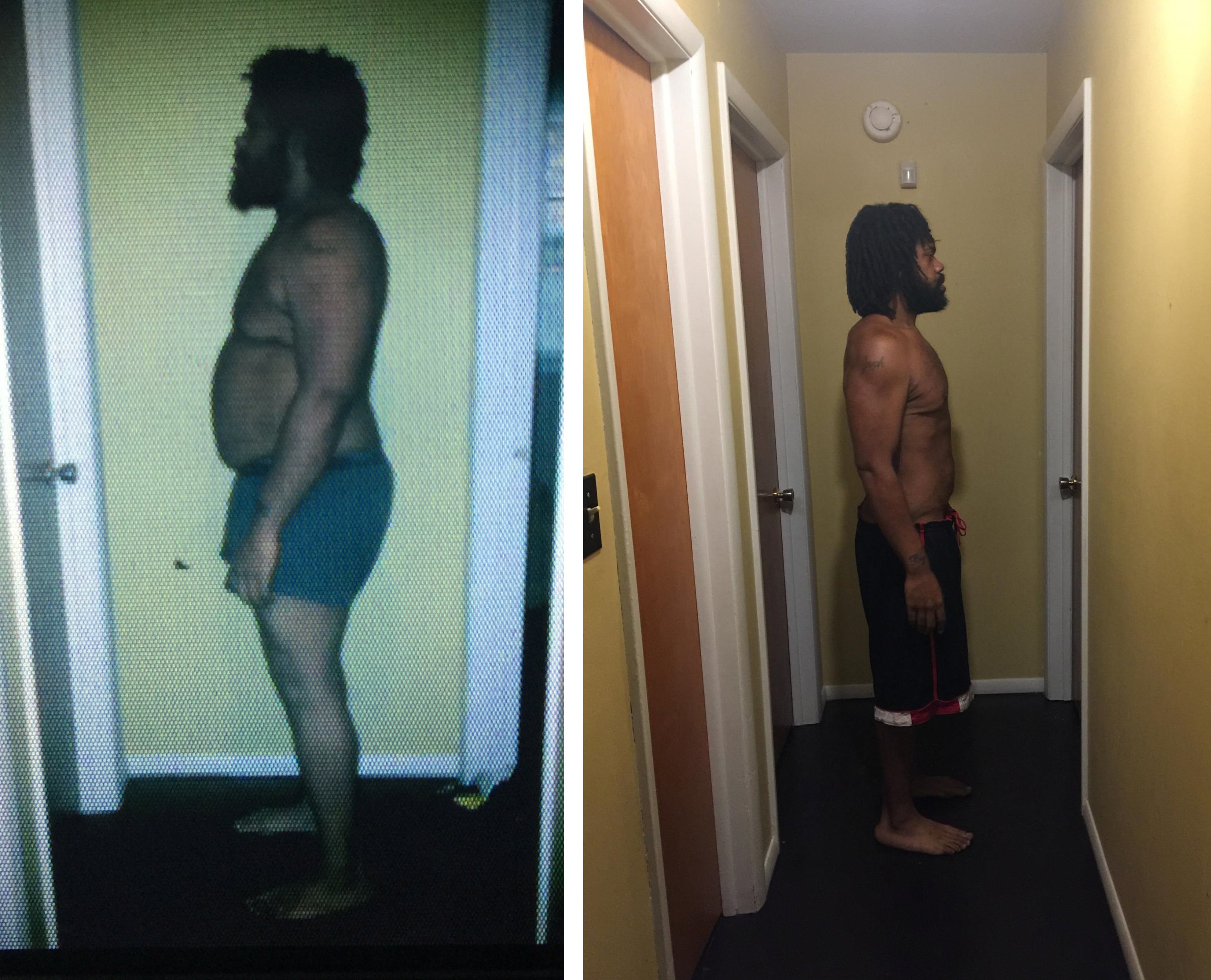 Kemuel, who now weighs 195lbs, said his vegetable based diet has been the key to his transformation but he does allow himself one meaty cheat meal every week.

His lifestyle change has also impacted his wife Ayisha White, 38, and the couple’s two young children aged five and 18 months.

The stay-at home mum has also lost over 100lbs after embarking on her husband’s new way of life.

Kemuel said: “My wife has done so well too. It’s been a positive lifestyle change for all of us.

“Every week we have one cheat meal where we can eat whatever we want. My favorite thing to eat is prime ribs.

“But for the rest of the week stick to vegetables. We started growing our own food in our garden and we try and eat as much as we can from that.

“We grow eggplant, zucchini, peppers, corn, black eyed peas, and kale. I feel so much better physically and mentally.” 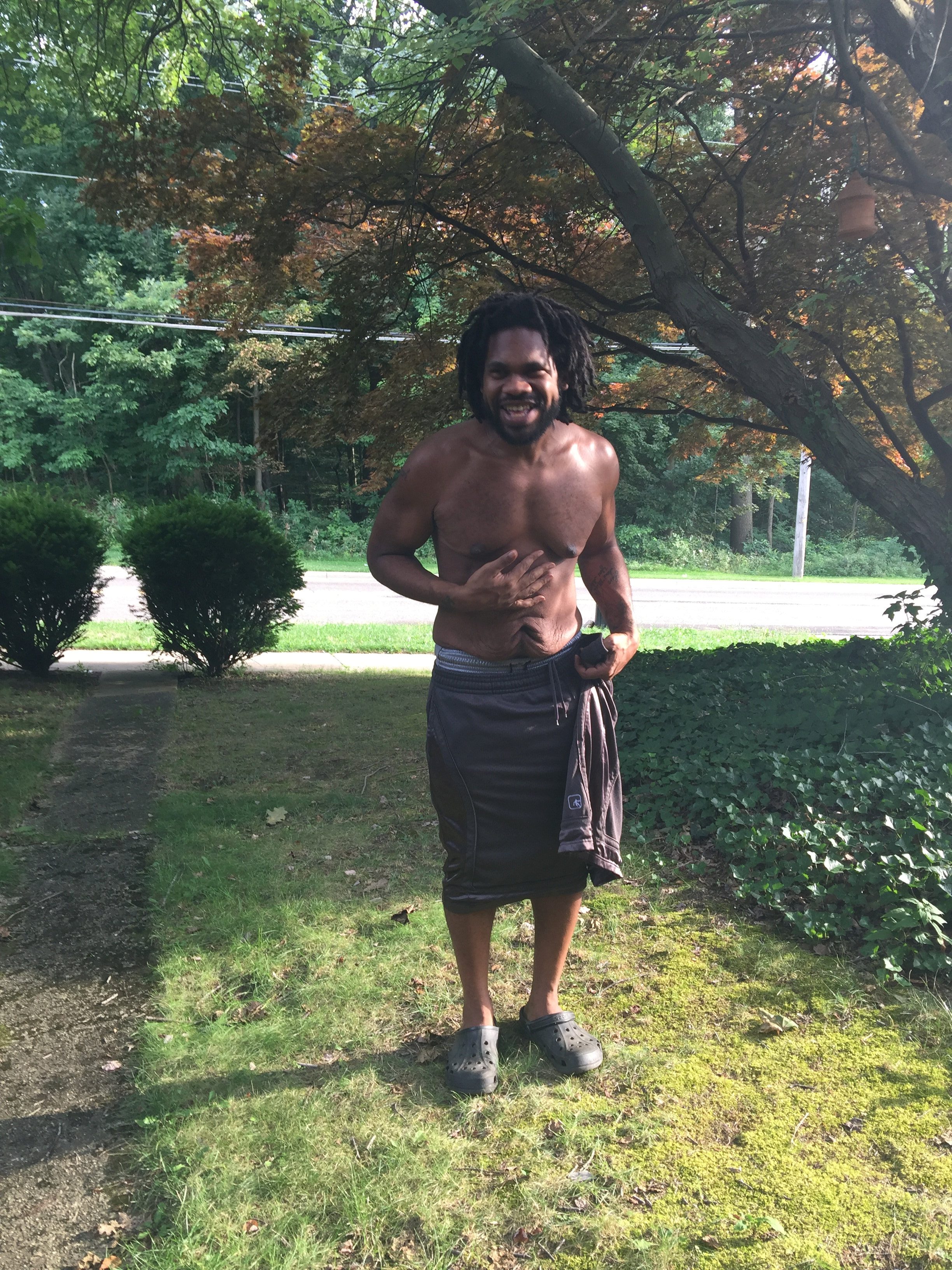 The dad said his weight loss has helped him rediscover his love for personal training, and he is now working with five clients.

Now that he is healthy, the personal trainer hopes his client list will only get longer.

Kemuel said: “I just have so much more to offer clients now in terms of nutrition advice. I feel like I can motivate a client and I’m not a hypocrite any more.

“I’ve fallen back in love with it and lifting weights.

“I really want to help other people now. I’m never going back to the way I was.

“I’m finally doing something I’m passionate about again but this time I’m doing it right.”