A tabby cat had a lucky escape after being rescued from a tight spot in Birmingham.

A hapless cat needed rescuing by firefighters after getting stuck between two houses overnight in a gap just FOUR inches wide.

RSPCA officers were called to the scene on Brays Road, in Sheldon, Birmingham after the female tabby became firmly wedged in the tiny space on January 19.

The animal charity called West Midlands Fire and Rescue Service who had to smash a hole in a homeowner’s wall in order to free the distressed puss.

The lucky cat was amazingly unharmed and was later reunited with its relieved owner, who lives on the same street.

The RSPCA said the owner of the property was alerted to the stranded animal when her dog started barking at the small gap between the semi-detached houses. 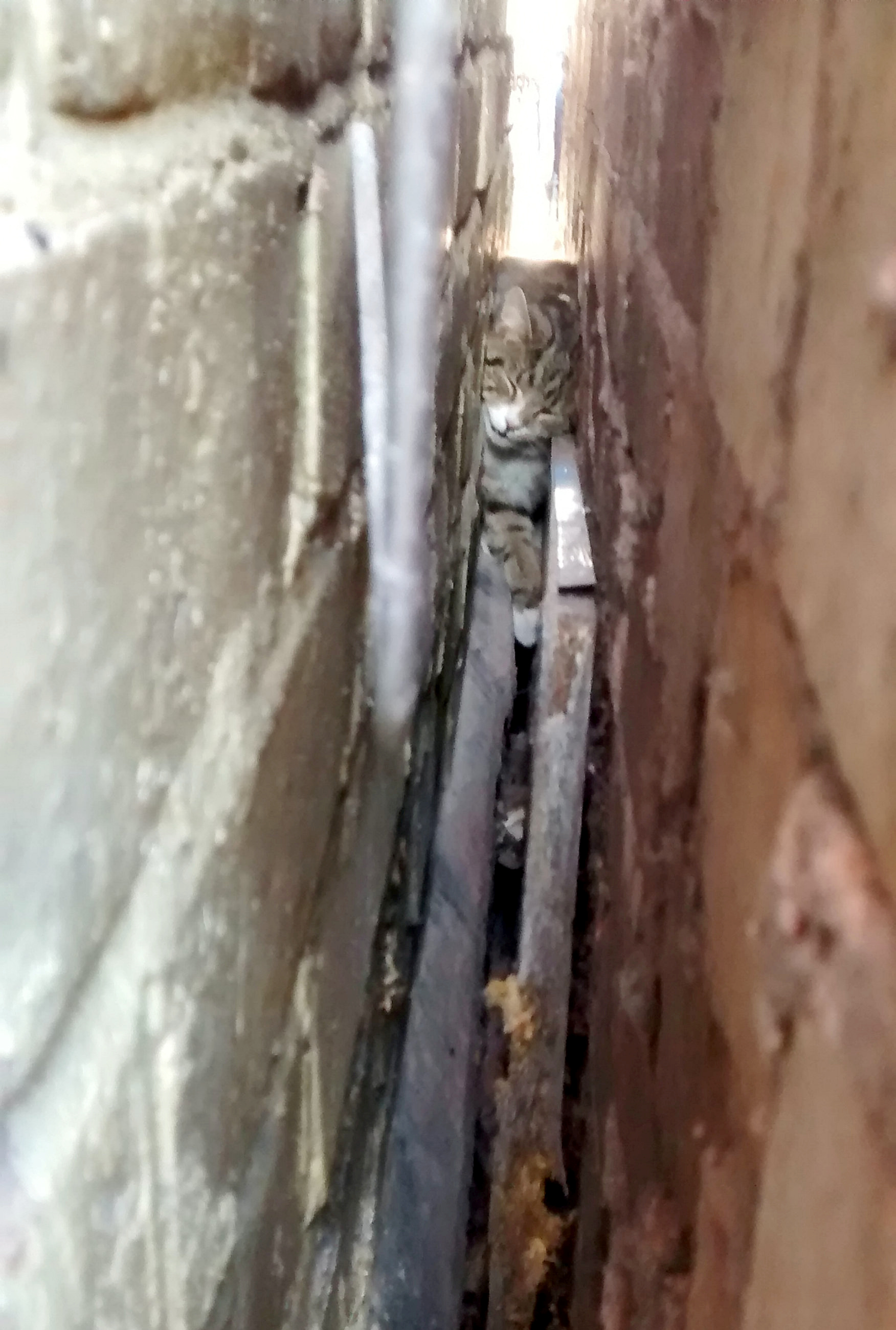 Animal collection officer Dave Williams, who attended the scene, said: “The tabby was impossible to reach from where we were as he was wedged quite far back between the two buildings.

“She couldn’t go forward and she couldn’t go back so she was completely stuck. I have no idea how the poor moggy even got in there.

“I called in Birmingham Fire and Rescue who contacted their tech rescue team to assist.

“It took a couple of hours but eventually we had to knock a hole in the wall of the house to reach inside and pull the cat out.

“Luckily, the homeowner didn’t mind, she was just grateful the cat was safe.

“I checked the tabby over and there were no injuries. She was just happy to be freed from the way she scampered off.”