Three year old Freya Mason from Lutterworth in Leicestershire is a YouTube star after she decided, with the help of mum Sarah Mason, 35, to start her own channel ‘Freya’s This is Science’, where she loves to learn and show off her scientific knowledge through experimentation

Meet Marie Cutie – the three-year-old who has shunned toys in favour of science experiments she performs on her very own YouTube channel.

Freya Mason got hooked on science after doing her first experiment aged two at nursery – dissolving Skittles in water to create a rainbow.

The toddler – who is also “obsessed” with watching videos on YouTube – begged “mummy can I make a video?” while recreating the test at home.

Now the pint-sized professor always has at least one experiment on the go, and loves nothing more than presenting her findings to more than a thousand viewers.

She makes lava lamps from oil, water and Alka Seltzer, learns about capillary action through silk painting and is half-way through an experiment to hatch chicks in her garden Wendy house.

She has more than 1,000 viewers around the world who watched her learn about vacuums created under an upturned glass over a candle and inflating a balloon using gas made from vinegar and bicarbonate of soda.

Bubbly Freya – who want to be a doctor or a researcher – has no qualms presenting to the camera and her mum said her little girl thinks her ‘audience’ is tuning in live.

She confidently tells her ‘fans’ – other kids around the world – what she’s doing and what she has found out. 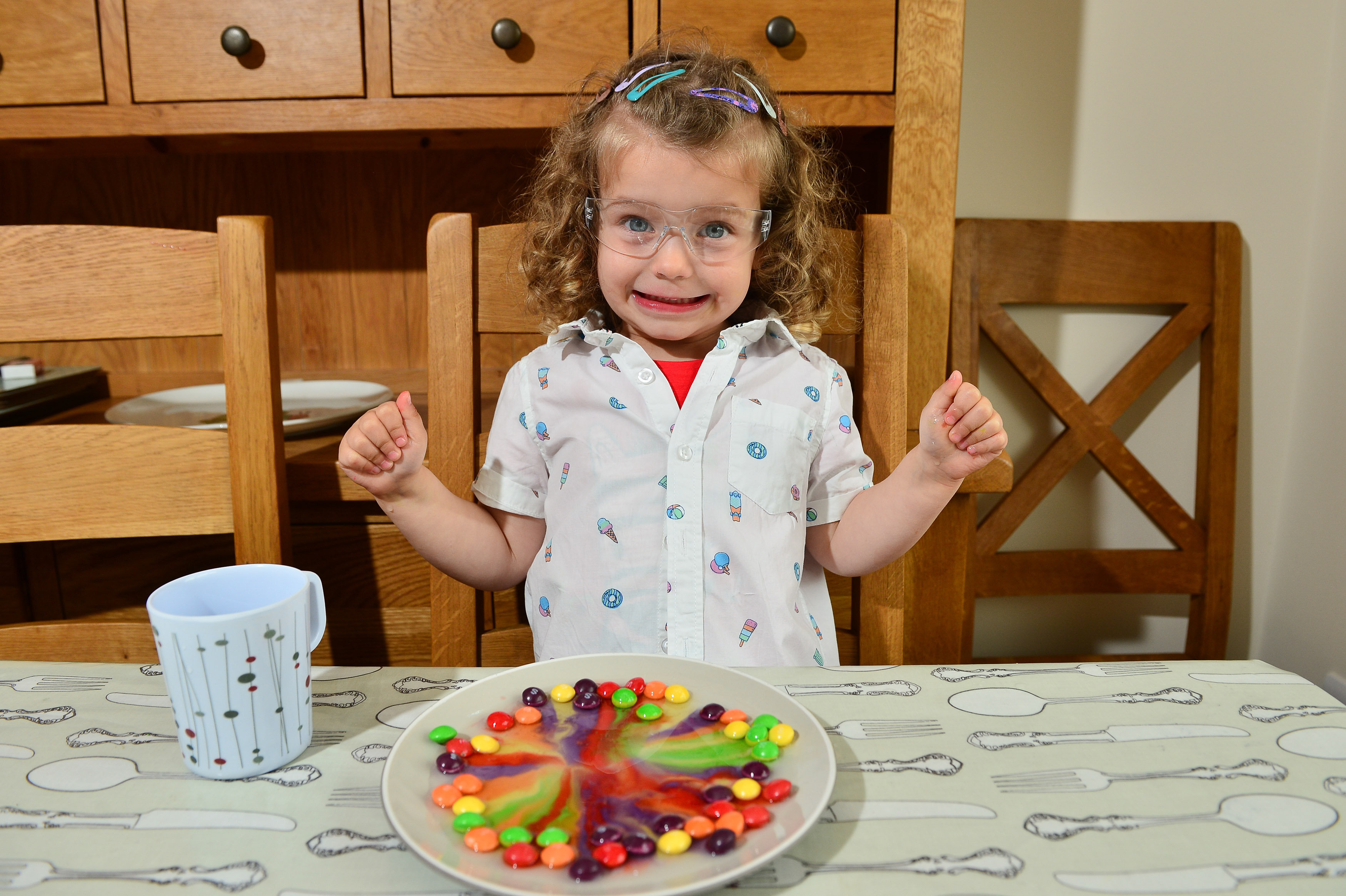 Sarah, 35, a seamstress from Lutterworth, Leicestershire, said: “I’m not scientifically minded at all but she has just always been curious about how the world works around her.

“It’s her own curiosity that fuels it. She’s always wondering how the world around her works.

“She sees things as little puzzles to work out and she’s always trying to make sense of the world around her.

“Freya will quite often say when we are playing ‘can we pretend it’s a video?’ She likes to present and be on video.

“When we get the camera out she doesn’t know that there aren’t people watching at that moment. She thinks people are watching it like a webcam.

“She’s not into colouring and will say ‘that’S boring’. She wants to be learning and doing stuff.”

Her favourite is channel Ryan’s Toy Reviews – a series of videos by a seven-year-old who raked in $11 million last year via his clips of him playing with toys.

She started to show an interest in science last year following an experiment involving Skittles and water, to learn about colours and dispersal through water.

She asked to do more experiments – and be filmed – and now has her own channel Freya’s This Is Science. 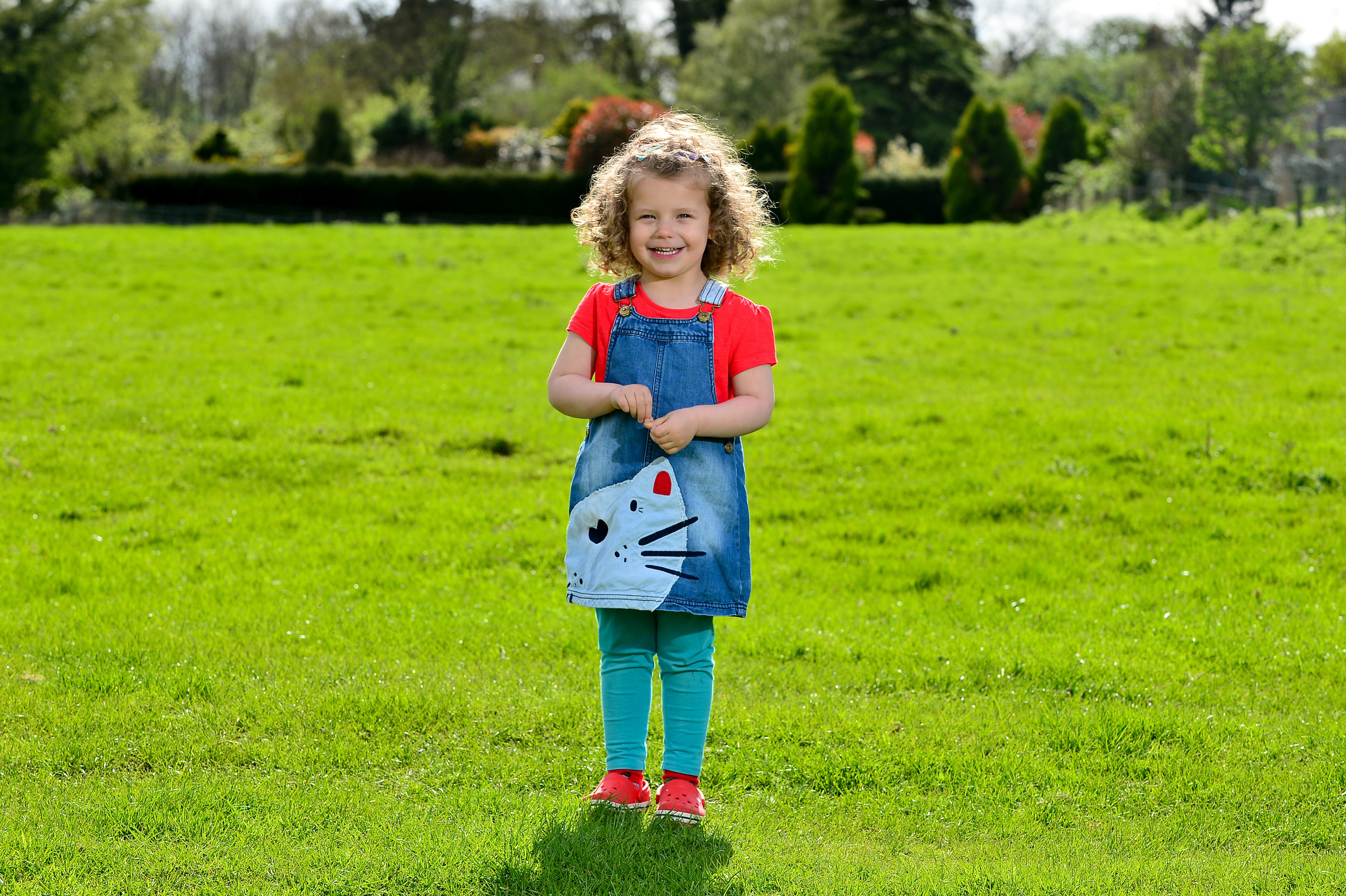 It has been viewed by more than 1,000 people around the world and unprompted Freya confidently narrates her experiment to the camera in her videos.

The pre-schooler is currently learning about the butterfly life cycle via mail order caterpillers.

She is also closely monitoring fertilised eggs her mum ordered off the internet, which she has put under her pet chicken Chick Chick she keeps in her garden Wendy House.

And of course Freya is documenting all her findings on her YouTube channel.

Sarah, who is married to Freya’s dad, Iain, 36, an IT consultant, added: “She just loves watching videos of kids doing stuff on YouTube,

“Everything is an experiment to her.

“It’s things that seem obvious to adults, but to her, if there is something she doesn’t know what it is, she treats it like a little experiment.

“For instance I gave her a magnifying glass to look at. She looked through and said ‘I can’t see anything’ so flipped it over and looked through it the correct way. 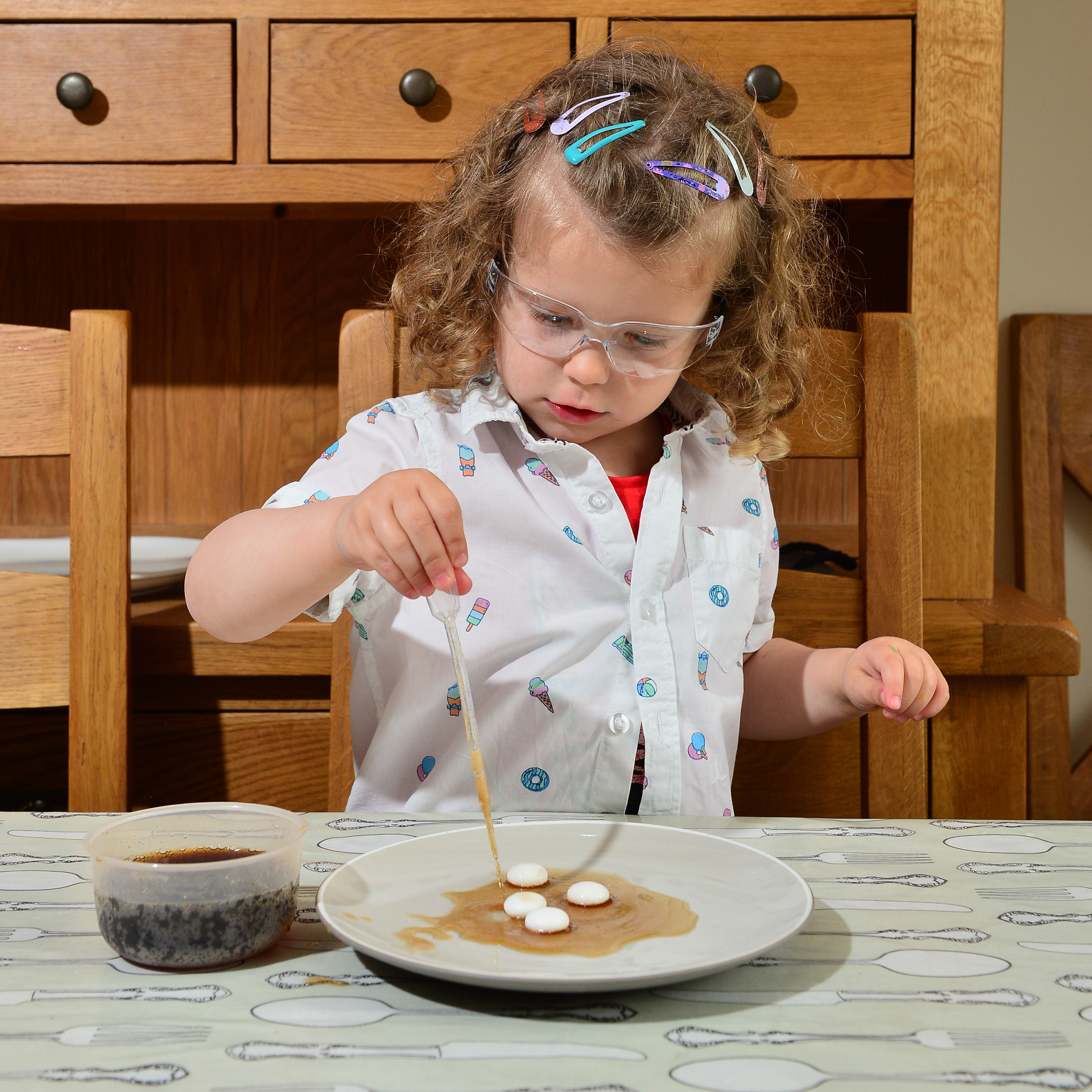 “That’s having a hypothesis that if ‘I turn this around I will be able to see through it’, and then testing that hypothesis by experimenting.

“It’s her choice to do the experiments and the films.

“Everyone knows if a three or four-year-old doesn’t want to do something, you can’t convince them.

“I’m totally led by her but she asks me “can we do an experiment, can we do a video mummy?’

“She doesn’t quite understand it fully. If I say ‘100 people watched your video’ she doesn’t really understand the significance of that.

“But when I say to her ‘a little boy saw your video and his mum wrote this’ she gets that. She loves that.

“I think we need to be the change we want to see around us.

“So often if women shout about something or are loud or passionate they are often just called bossy and told to stop making problems. 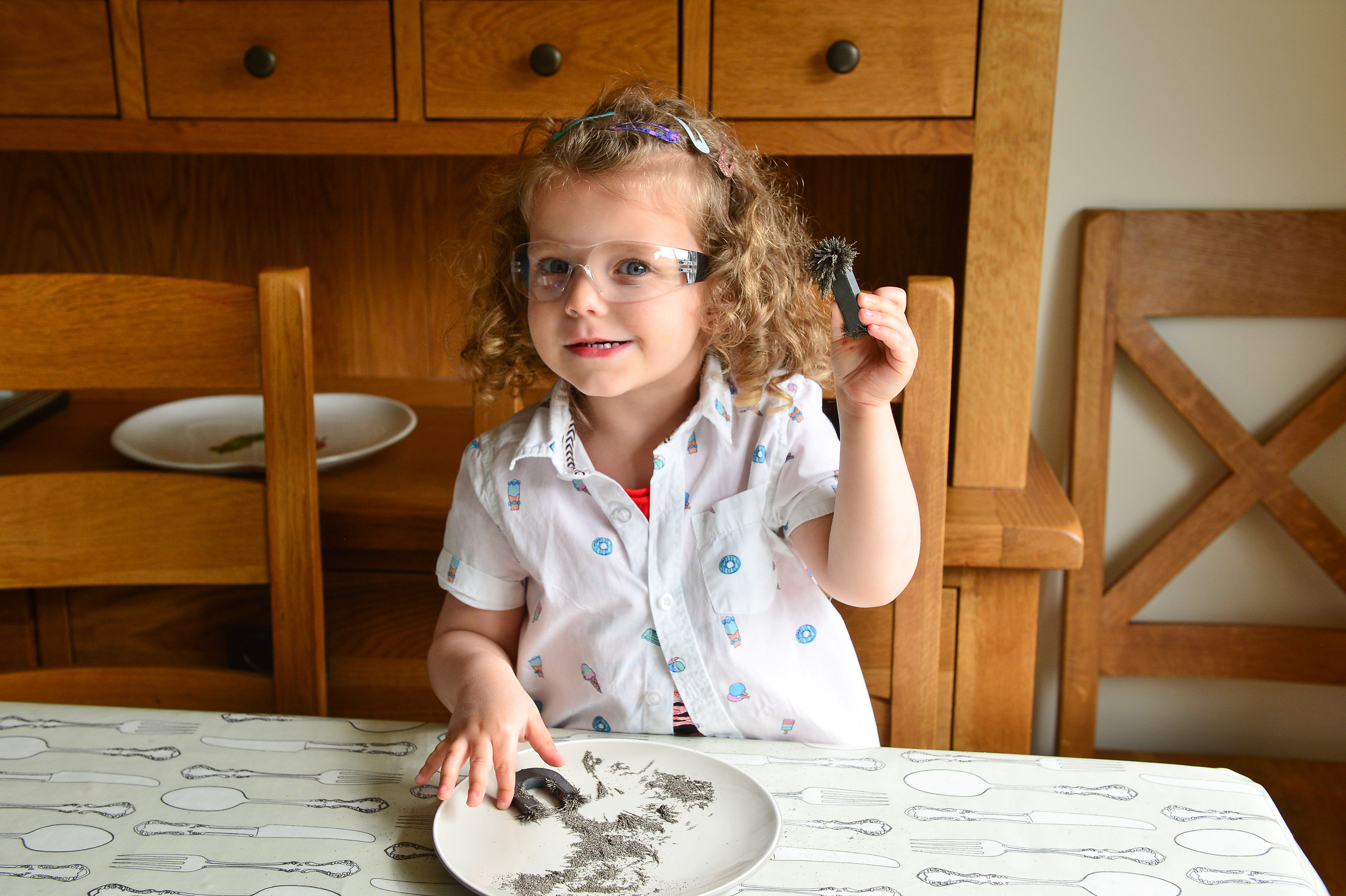 “By not encouraging girls and women into science you are discounting 50 per cent of the population, and that’s narrowing potential researching by 50 per cent.

“Obviously she doesn’t know about the stereotypes around science, but she is already picking things up at nursery.

“Not from the staff – they are wonderful – but from other children.

“She is picking up things about girls liking pink and being princesses.

“I always challenge her. Of course she’s allowed to like pink and princesses and dolls – but I want her to know she doesn’t have to because she’s a girl.”