Daniel Sradzinski who lost his left arm in a battle against cancer is now learning to ride a motorbike one handed. He was inspired by former soldier Chris Garley, who lost his arm in a motorcycle accident.

A man who lost his arm during a cancer battle has learned to ride a motorbike — with one hand.

Daniel Sradzinski, 26, was diagnosed three years ago with Sarcoma – a type of cancer that destroys the body tissue – and lost his left arm as a result.

With the help of his friend, Daniel converted a 125cc bike, switching the horn, indicator and light switches and clutch and brake levers to the right handle.

And while finding a riding centre to offer him his compulsory basic training (CBT) wasn’t easy a determined Daniel completed the training last week.

He said: “My first motorbike ride since losing my arm was unbelievable, I was scared just to move it.

“My friend, who has a garage in his garden, helped me change over the brake and clutch levers and indicator and light switches to the opposite handle.

“Within two days we were all done and I was driving on the road.

“Before the compulsory basic training (CBT) lessons I had driven for two hours.

“CBT was a big challenge though.

“I had been riding and working with motorbikes with my dad since I was five years old, so that knowledge and experience definitely helped.

“I was at first really scared to go in because of what people might’ve thought about me having only one arm.

“I was really happy though and got used to it quickly.

“People are often scared to go to the school, I was scared myself when I went there.

“Don’t be scared about other people and what they say or think, that’s massively important.

Daniel, who lives in Broxburn, West Lothian, is now on his way to getting his full motorbike license and is saving up for a bigger and more powerful bike.

He said: “I feel so happy that it’s almost here, it feels so close.”

Daniel’s cancer battle began three years ago when he noticed a numbness in his hand while working on a demolition site.

He said: “The diagnosis was three years ago when I started working on a demolition site. It was a very heavy job.

“I was using a hammer and I began to feel a numbness in my arm.

“All the nerves from my hand started to worsen.

“I struggled to sleep most nights, waking up every other hour because of the pain and discomfort.

“After two years the pain was unbearable and I went into hospital for an emergency scan and they found something.

“What they found in my arm was cancer and it was growing straight through my arm.”

In the months that followed, Daniel had skin graphs and radiography to try and save his arm but none of it worked.

He said: “The first amputation was just to my elbow but then they found the cancer had reached part of my neck.

“I had to have radiography and had 14 operations over two years.

“They took skin graphs from my legs to help heal other parts of my torso and hands as the cancer just killed all the nerves.

“Although taking nerves from my legs didn’t work so they had to amputate the hand.

“Before amputating they tried more radiography but nothing helped.”

“I’m all clear right now but I have a small lump on my chest. I had a biopsy last Monday and they opened my chest from my ribs in three places to remove the tissue.

“Next week will be when the results are due, so I still don’t know what it is yet.

“It’s too much, over three years I’ve had more than 250 stitches all over my body and it’s not getting any easier.

“I’ve now got a young baby and I need to find a job, but not too many people want someone with one hand. It’s not easy.”

Daniel says he was inspired to get into motorbike riding after seeing former soldier Chris Ganley – who lost his arm in a motorcycle accident – on YouTube.

He said: “I found Chris Ganley on YouTube. I was just trying to find some help everywhere, checking hundreds of websites, but I couldn’t find any answers.

“Chris is from Bristol, it’s quite far away but I want to go and meet him sometime.

“Maybe we could ride with each other on the motorbikes, I’ve been keeping in contact with him on Facebook.” 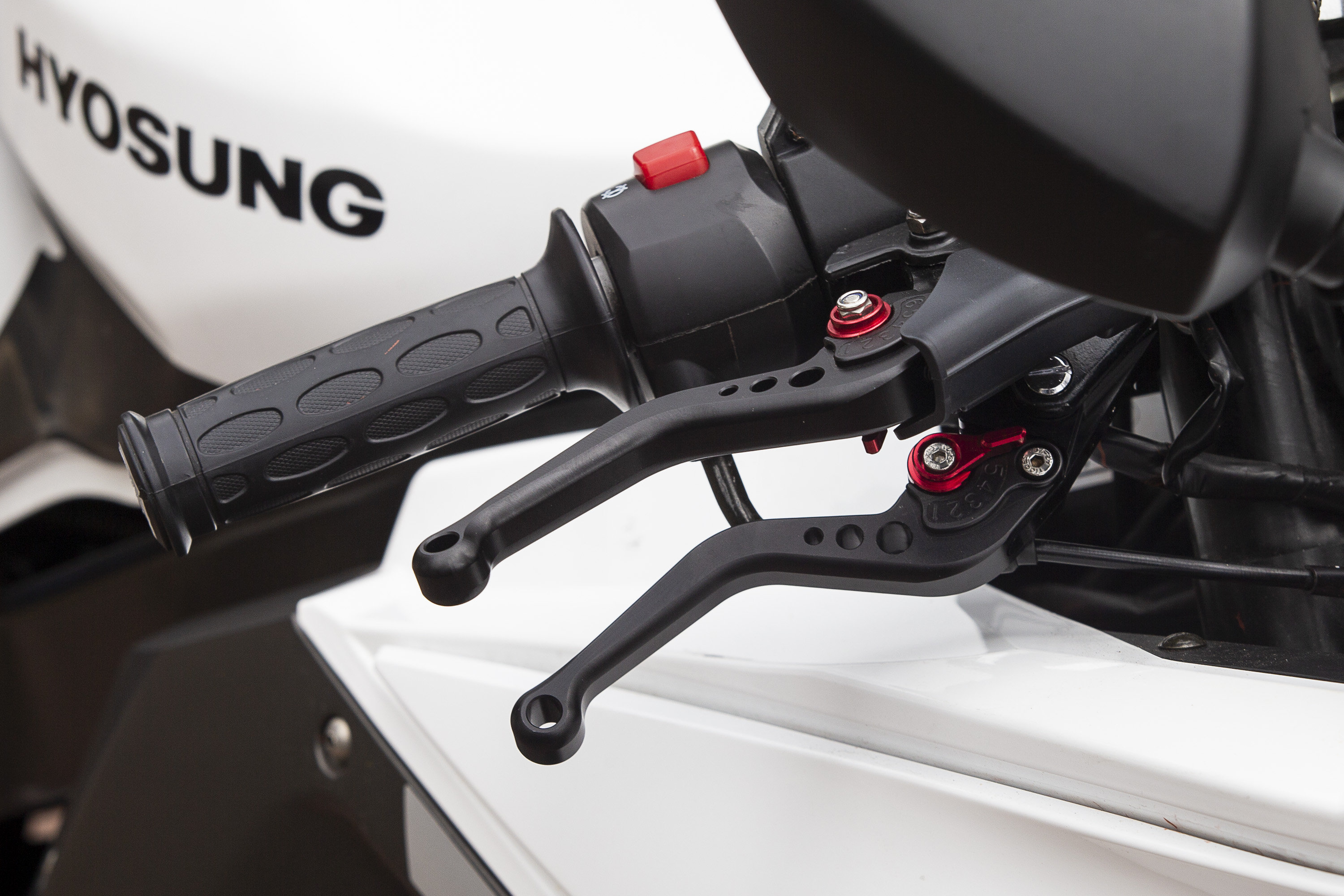 Trieda Hill of Route 66 in Motherwell, North Lanarkshire, where Daniel did his training, said: “Daniel’s bike looked very different from anything I had ever seen.

“We watched this young man on the pad with amazement.

“He worked so hard and did every element on the CBT with such determination and skill with his right hand.

“Everything is on the right hand handlebar – clutch and break, horn and indicator.

“I have seen many people go through their CBT.

“Some with ease and some that struggled, but got there in the end but I have never been happier than I am after seeing this incredible you man start his journey to freedom.

“The other bike schools that refused him have lost out on something very special by not teaching this amazing young man how to ride because this is a happy day that I will never forget and I can’t wait until he finds the right bike and comes to train with us to do his full DAS.”

The Steemit online magazine has set up a fundraising page for Daniel’s new bike which can be found at www.gofundme.com/89v8v6-daniel039s-motorcycle-dream.