An ex-celebrity bodyguard has been left with the ‘biggest hernia in the world” – weighing a staggering FIVE STONE – and it is still growing.

Dean Carron, 42, was left with the monster hernia – where an organ or tissue pokes through a weak spot in muscle or skin – after an appendix operation went wrong.

Dean was left bed-bound for six months after the op at the King’s Mill Hospital, Mansfield, Nott, in 2012 and his weight ballooned to 26 stone.

Doctors told him that they could not operate on him again until he lost around six stone.

Now six years later – and despite losing the weight – he has been told he cannot have further surgery because of fears it might kill him due to other medical complications.

Dean is now appealing to surgeons to carry out surgery to correct the hernia which he says is gradually causing him to lose mobility.

Dean, who is six foot three inches tall, said: “After the original surgery it started off as just a little bump but just kept on growing.

“It think it is still growing and I don’t know when it will stop.

“Now I can’t walk, I can’t see my feet and I haven’t see my privates for ages.”

Dean, who currently weighs 20 stone, is now looking for a surgeon to carry out the op to rid him of the monster growth. 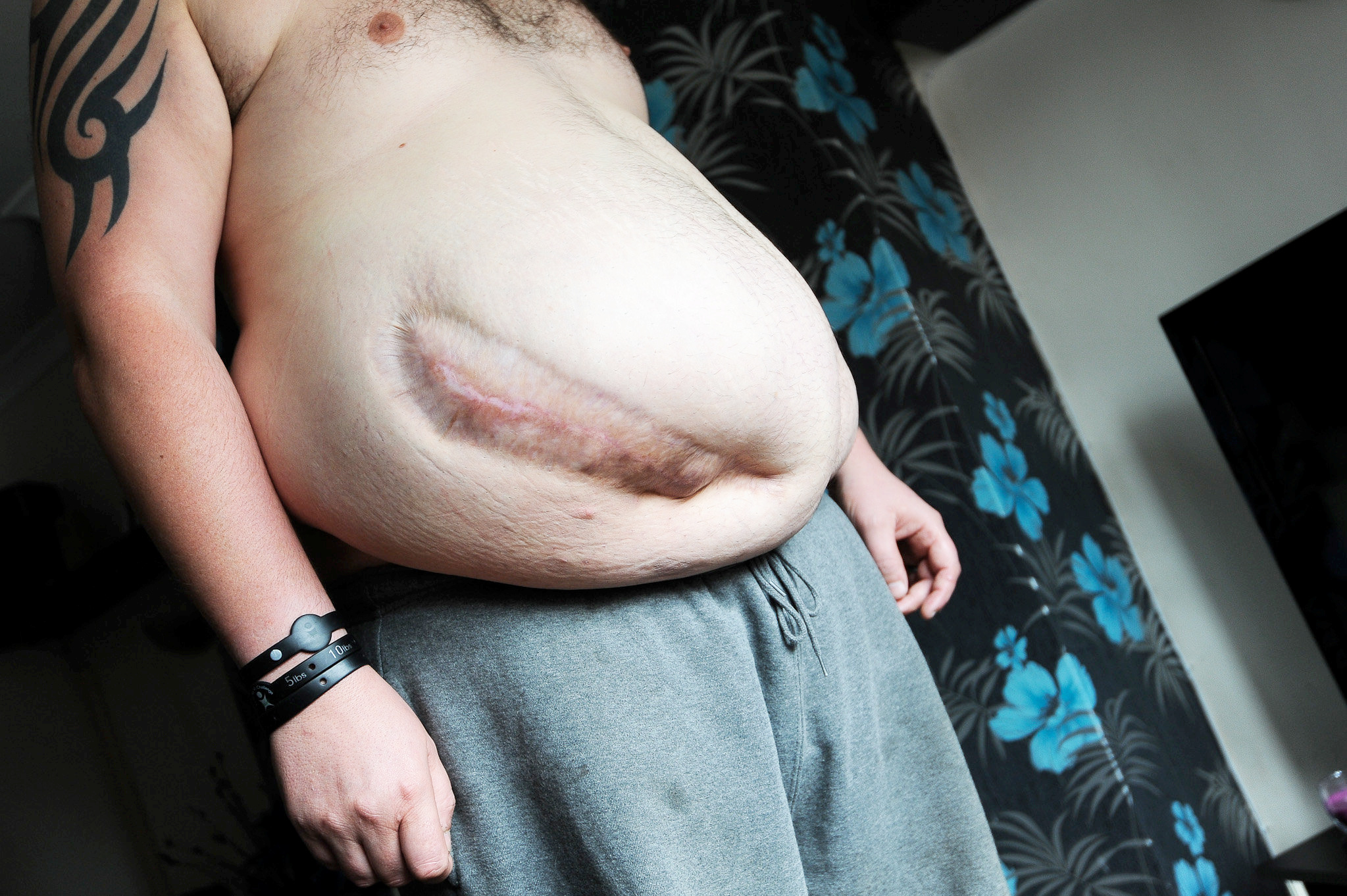 He said: “I went to see my surgeon at Derby Royal hospital.

“Two weeks ago I had a CT scan and he said it was too big and complicated to operate.

“He said it was the biggest hernia he had ever seen – possibly in the world.”

“What annoys me is that if I had had it sorted out when it happened I would be OK now.

Dean says he is now facing a lifetime of immobility as he gradually becomes unable to walk.

The former semi-professional boxer and a bodyguard for stars at events such as Glastonbury, has been looking into going overseas for an operation.

However he estimates he would need to go under the knife four times which would cost him around £30,000.

The father-of-one is appealing for a surgeon to come forward who is wiling to operate on him. 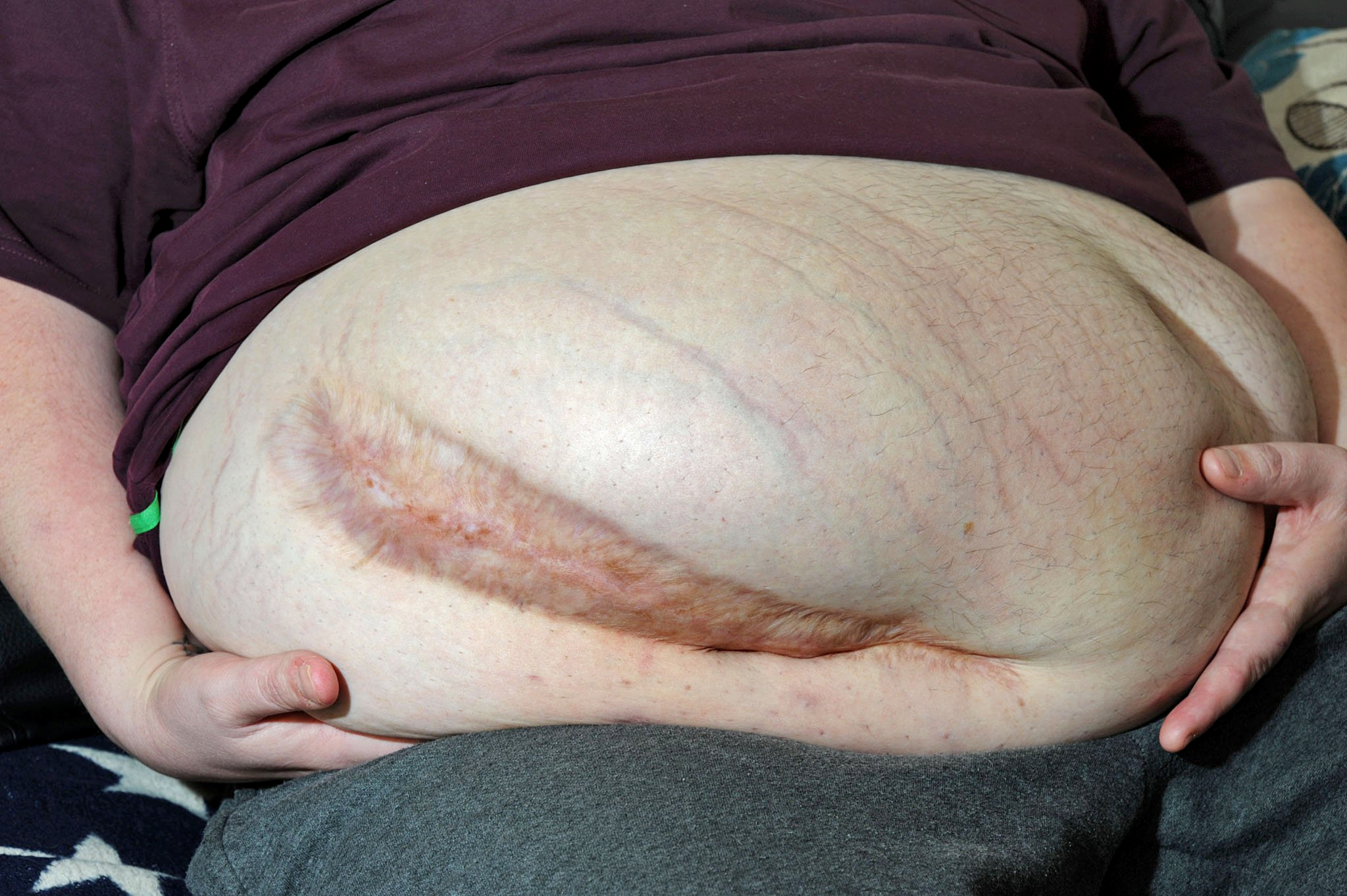 He said: “I had a massive hole in my side which took six months to heal up – I felt terrible about my appearance.

“I was scared to go out on the street and did my shopping at 2am to avoid people.

“It’s horrible walking around with it as people say nasty things as you are walking past.

“I can’t walk anyway – I used to love downhill mountain biking but I can’t go on a bike anymore because if I fall it could burst.

“I’ve fallen down the stairs seven times because my legs cramp up when I walk – I can’t remember the last time I saw my feet.

Dean used to work out to lose weight but now says his back, legs and feet have “gone”.

He said: “I can’t go out of my house now and the social services are trying to get me into bungalow – I just don’t know where to go now.”