Oliver Kei, the one-in-a-million 'moon boy' who wears a plastic visor wherever he goes because he is allergic to the SUN.

Meet the one-in-a-million ‘moon boy’ who wears a plastic visor wherever he goes because he is allergic to the SUN.

Oliver Kei, seven, was diagnosed with rare genetic condition xeroderma pigmentosum (XP) when he was 18-months-old after he developed dark freckles as a baby.

The disorder, which is estimated to affect one in a million people in the US, means his skin cannot repair damage caused by exposure to the sun’s rays and other UV light.

Oliver is also 1,000 times more likely to develop skin cancers than the average person so his family must take extreme measures to protect him.

Every day, Oliver gears up in UV-shielding materials including a thick plastic visor and gloves to reduce his exposure to the sun in his hometown of Quartz, California.

If Oliver’s skin is exposed to the sun, his skin darkly tans and he develops excessive freckling which is a sign of UV damage and can develop into skin cancer.

His mom Noelle Kei, 45, sews extra UV-safe fabric into his clothes and every few hours covers her son with both powerful cream-based and powder sunscreen.

The windows of the family home and car are fitted with UV-protective film and even the lightbulbs in Oliver’s classroom have a sleeve to keep him safe from skin damage.

Noelle said although his routine is “exhausting” the family looks forward to the hours after sunset when Oliver can shed his restrictive gear and play outside with his four siblings.

Kids living with XP are often nicknamed ‘children of the moon’ because they can only go outside unprotected after the sun sets.

First-grader Oliver says he lives for those ‘sun-safe’ hours: “I love when it’s nice and dark because I can finally take off my gear and it feels great.

“I love school breaks too because my family is on ‘Oliver-time’ – we stay up really late and sleep-in so we can go outside and play in the backyard at night without my gear.

“My gear isn’t very annoying, it keeps me safe. Nobody at my school even asks me about it anymore because they all know about my XP.”

Oliver’s mom, former flight attendant Noelle said: “Within ten minutes of the sun going down, he can shed his gear and be free from it.

“We love going to the playground after sunset, even when it’s cold in winter we bundle up.

“Sometimes we bring LED lanterns so we can play soccer and light up the field. It’s a bit sad that we have to do this, but it’s also joyful to watch him.

“Despite everything, he has a very good life, and he’s such a happy kid.

“When he was a baby I was always so careful with sunscreen and hats which is why I thought it was odd he was developing a lot of freckles at about 18 months.

“He developed a little mole on his cheek and my mom urged me to go and get it looked at by a dermatologist.

“When they told me it was XP I felt like I was hit by a train.

“The concept that he could be allergic to sun was bizarre to me. I had never even heard of something like that.”

Noelle, who is married to Oliver’s dad, 42-year-old government official Albert Kei, added: “Adults can be so cruel.

“We’ve had people come up to Oliver and say things like ‘Is it Halloween already?’ or call him a beekeeper or an astronaut.

“I’ve even made business cards that I can give people that explain Oliver’s condition that I give out when people ask questions or are whispering.”

Mom-of-five Noelle said Oliver’s routine can be tiresome, especially in sun-soaked California, but it is vital to reduce his risk of skin cancer in the future.

Instead of outdoor activities the youngster, who also lives with chronic conditions esophagitis and gastroparesis, enjoys jazz and ballet.

Oliver, who has four older siblings, has not developed cancer ye but many children with XP are diagnosed with the deadly disease in their teens. 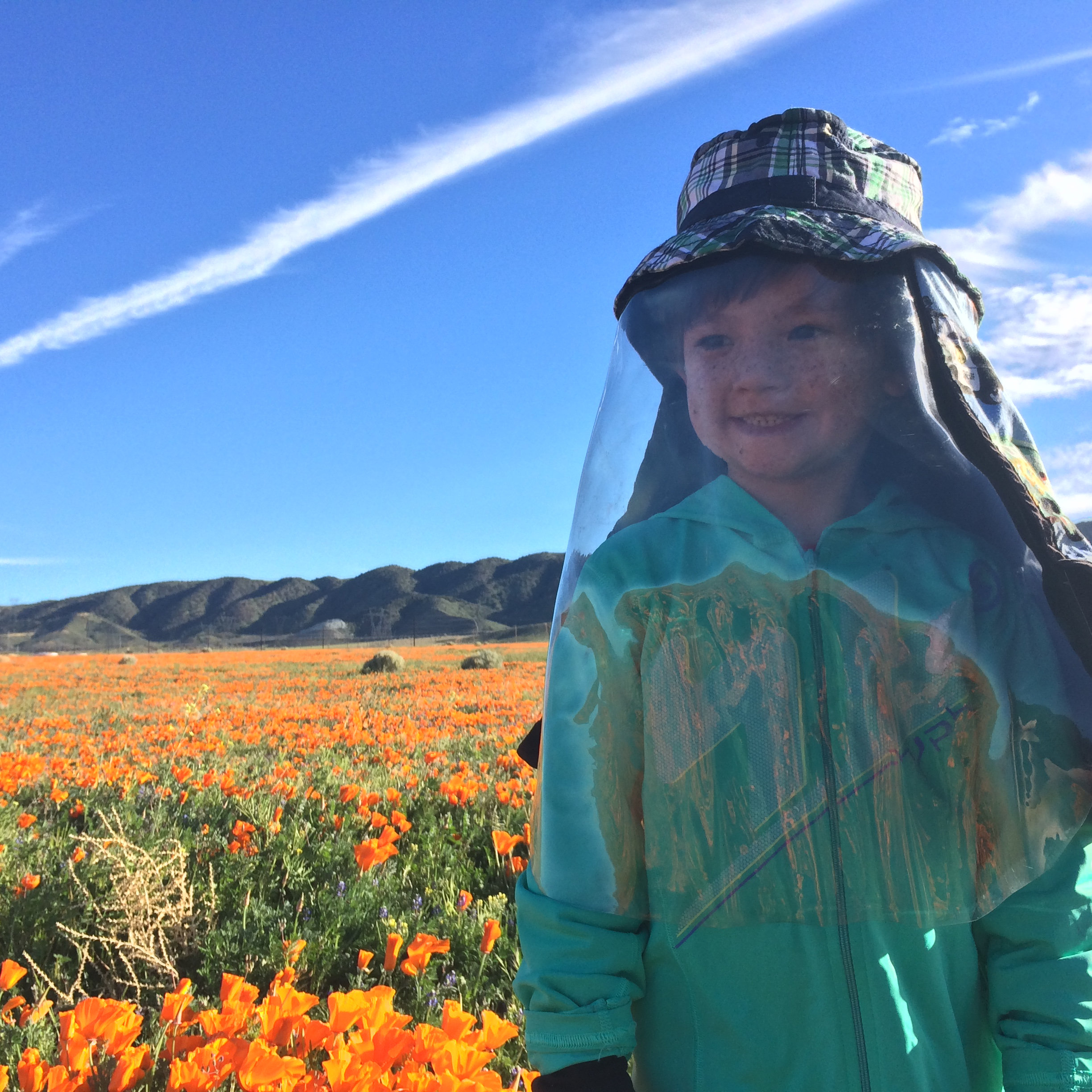 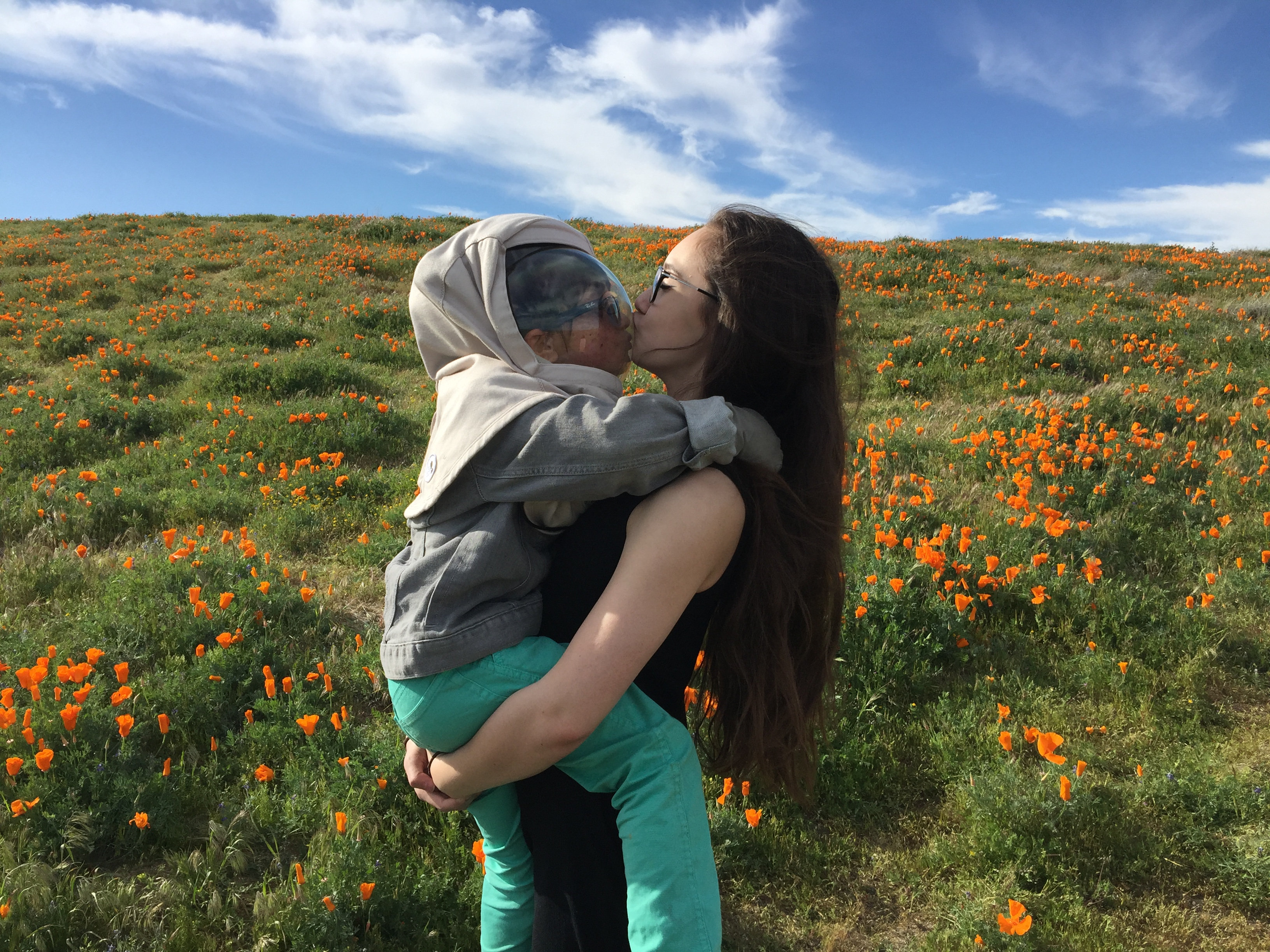 In a bid to lessen that risk, the family have considered moving to a colder climate but cannot because Noelle has a condition called diffuse systemic scleroderma.

The mom is due to start stem cell treatment for the autoimmune condition, which causes the thickening of the skin, next month.

She added: “Oliver would still have to wear his protective gear but a reprieve from the California sun might make things easier.

“Unfortunately this is not something we can consider as a family right now.

“But Oliver is such a happy go lucky kid and he inspires me. He doesn’t let XP rule his life in any way, and I’m so proud of how he handles it every day.”