by Patricia Murphy
in News
0

Exclusive footage filmed by a British tourist shows Justin Bieber being comforted by Hailey Baldwin during a trip to Universal Studios.

Amazing footage shows Justin Bieber being comforted by Hailey Baldwin during a trip to Universal Studios – with sources saying he was crying over Selena Gomez.

Bieber, 24, appears to be sobbing into a butterbeer as his new wife, 21, strokes his hair and comforts him.

The pair were filmed by a British tourist at Universal’s Harry Potter-themed Leaky Cauldron bar in Orlando Florida, USA, shortly after 11.15pm on Sunday.

According to the source, the bar was cleared out by Bieber’s security team as he and Baldwin ordered two drinks shortly after 11.15pm on Sunday.

The source said Bieber appeared “dishevelled and distressed” as he tried to hide his tears beneath his white baseball cap.

The video didn’t pick up audio of the couple’s conversation, but according to the source, the superstar singer was crying about his ex, Selena Gomez.

He said he heard Baldwin quiz Bieber about Back to You singer Selena, while making attempts to comfort him.

The Londoner said: “We came into the Leaky Cauldron at the exact time as them so their security was in the process of moving people out.

“They just walked in and sat down at a table while their security got to work. They ordered a couple of butterbeers.

“It looked like he had been on a session.

“He was crying and his hair was really greasy. It was a very emotional moment for sure.

“It was obviously about Selena.

“That Hailey babe was saying, ‘Why is it always about Selena?’.

“She was stroking his face trying to comfort him.

“After that we were swatted out of the bar.”

“It was a surprise to see them.

“We’re just on holidays in Orlando for two weeks. We didn’t even get to have a drink in the Leaky Cauldron in the end.” 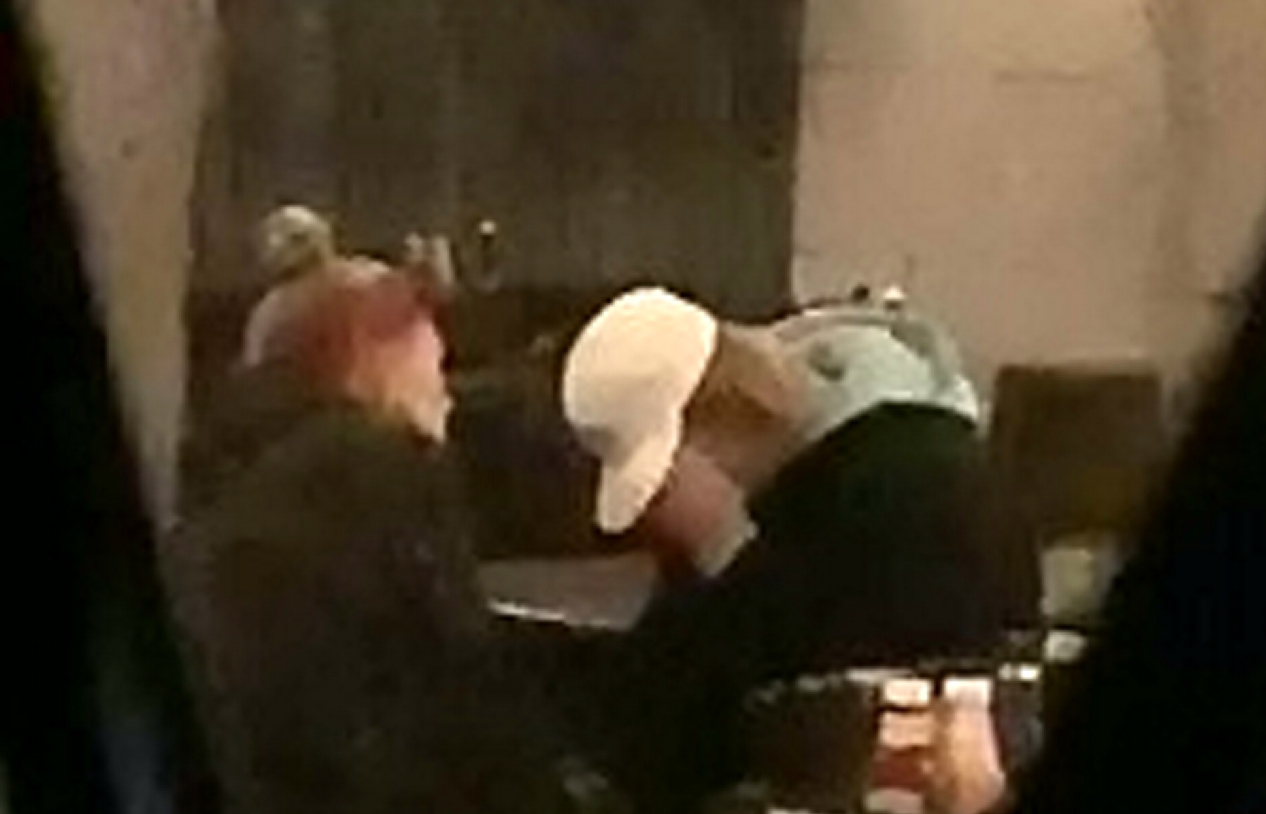 Bieber and Baldwin are rumored to have tied the knot in NYC last month in a secret wedding ceremony.

The long-time pals dated back in 2016 but broke up. They got back together again this year and got engaged in July in the Bahamas.

Bieber and Selena Gomez, 26, sparked rumors in 2010 when they were pictured together and enjoyed an on-off romance until they split “for good” in March.

Page Six reported that Justin’s recent wedding was a factor in the breakdown.