One of the fattest fox ever spotted in London has been photographed "waddling" through urban gardens on the hunt for food.

An urban fox has been dubbed Britain’s fattest – after it was spotted “waddling” through a garden.

The porky pest was seen by a group of friends who took photos because they were so amused by its chubby cheeks and pudgy frame.

Instead of scavenging for scraps or chasing smaller animals for food it seems the lardy fox has been gorging on discarded takeaways at a block of flats in Crystal Palace.

Web designer Tom Wainwright, 30, spotted the fox out his window on Sunday and said him and his friends joked about the animal’s huge waistline.

Tom said: “A few of us ran over to the window when we saw it. I grabbed by camera because I couldn’t believe the size of it. 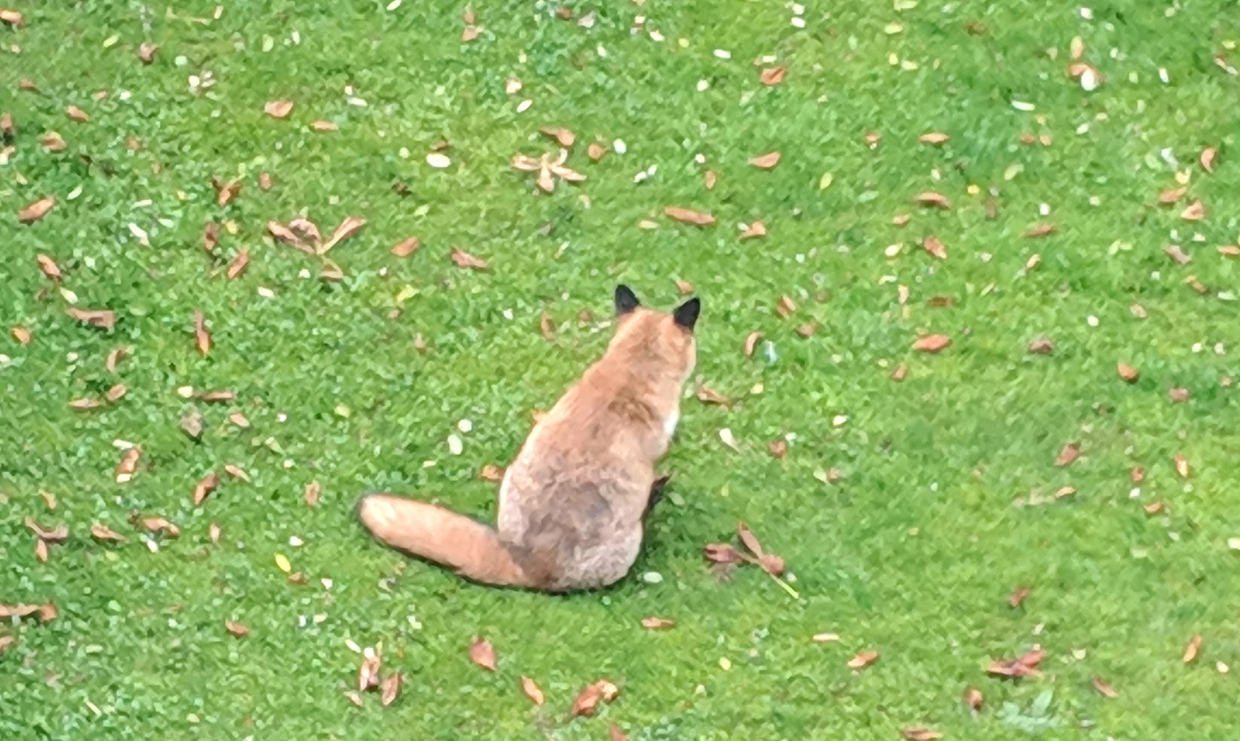 “It was quite weird to see. I’ve never seen a fox this big before.

“Whenever I see them they are always skinny and not that healthy. But this one was huge.

“They aren’t scared of humans so we do see a lot of them, but never are they fat like that.”