Police at the scene where a 16 year old was stabbed to death in Friars Wharf, Oxford.

Police launched a murder investigation after a 16-year-old boy was stabbed to death in Oxford.

The boy, who was from Birmingham, was stabbed in Friars Wharf, close to the River Thames.

He was attacked just before 8pm last night and died from his injuries in hospital.

A woman aged 25 and a man aged 33, both from Oxford, have been arrested on suspicion of murder.

A witness said: “I was coming back from work. There was a young bloke on the floor under the bridge lying in a pool of blood.

“There were three or four runners trying to revive him, he had stab wounds in his chest and I think he was dead.

“There were no police there and an ambulance was on its way. 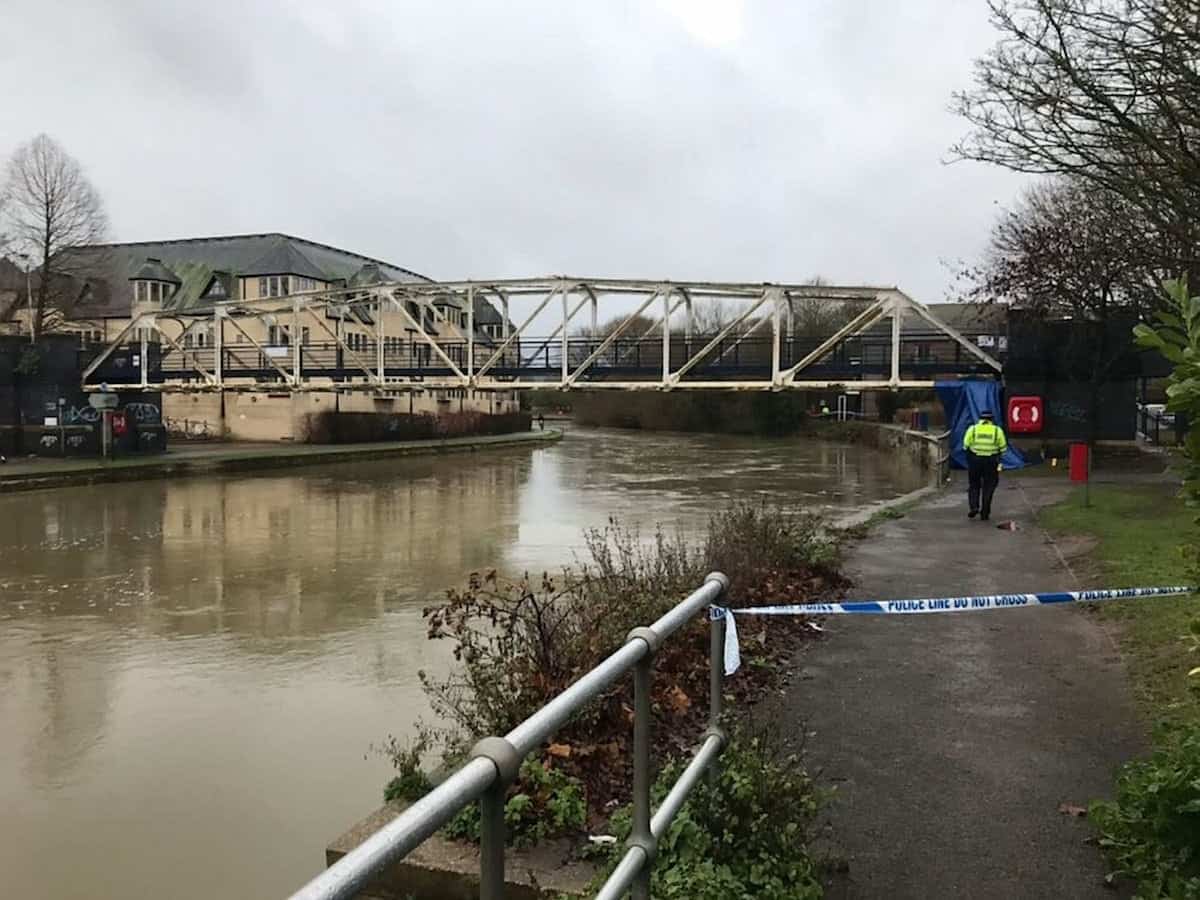 Police at the scene where a 16 year old was stabbed to death in Friars Wharf, Oxford.

“I jumped off my bike to try and help and the runners were trying to revive him. They did not know what had happened.

“It’s terrible and not what you expect to see on your way home from work.”

Two bridges and a block of flats were cordoned off this morning.

Detective Chief Inspector Andy Howard, of Thames Valley Police, said: “We are in the early stages of this investigation but we have already made two arrests.

“I understand that this incident will cause concern in the community, but I would like to reassure people that we are carrying out a full and thorough investigation.”