Lucy Jones with Nicky at their blessing in 1998.

A man who forged his seriously ill wife’s signature on divorce papers while she was in hospital receiving cancer treatment has been jailed.

Nicky Jones, 44, applied for the divorce without the knowledge of his wife of 18 years, Lucy McDonnell-Jones, 41, who was in hospital for nine months.

Lucy only discovered his plans when she visited the family home and found the paperwork in 2016 after being discharged.

She believes it was an attempt to “get everything” – including their two houses, and joint savings.

She had been receiving invasive cancer treatment for stage 3 non Hodgkin’s lymphoma in her groin, pelvis, back and stomach which was diagnosed in 2015.

When she was discharged, she went to the £250,000 house in Primrose Bank, Neath, South Wales, to collect some possessions and discovered the letter from the family court in Port Talbot.

She called the court to find out what was going on, and was stunned to be told that her husband had petitioned her for divorce and and that a document had had been forged to say she agreed.

She rushed to a solicitor, who halted proceedings while police were brought in.

The signature on the documents looked nothing like her handwriting, and she realised Jones had tried to get a divorce without her knowledge while she was in hospital. 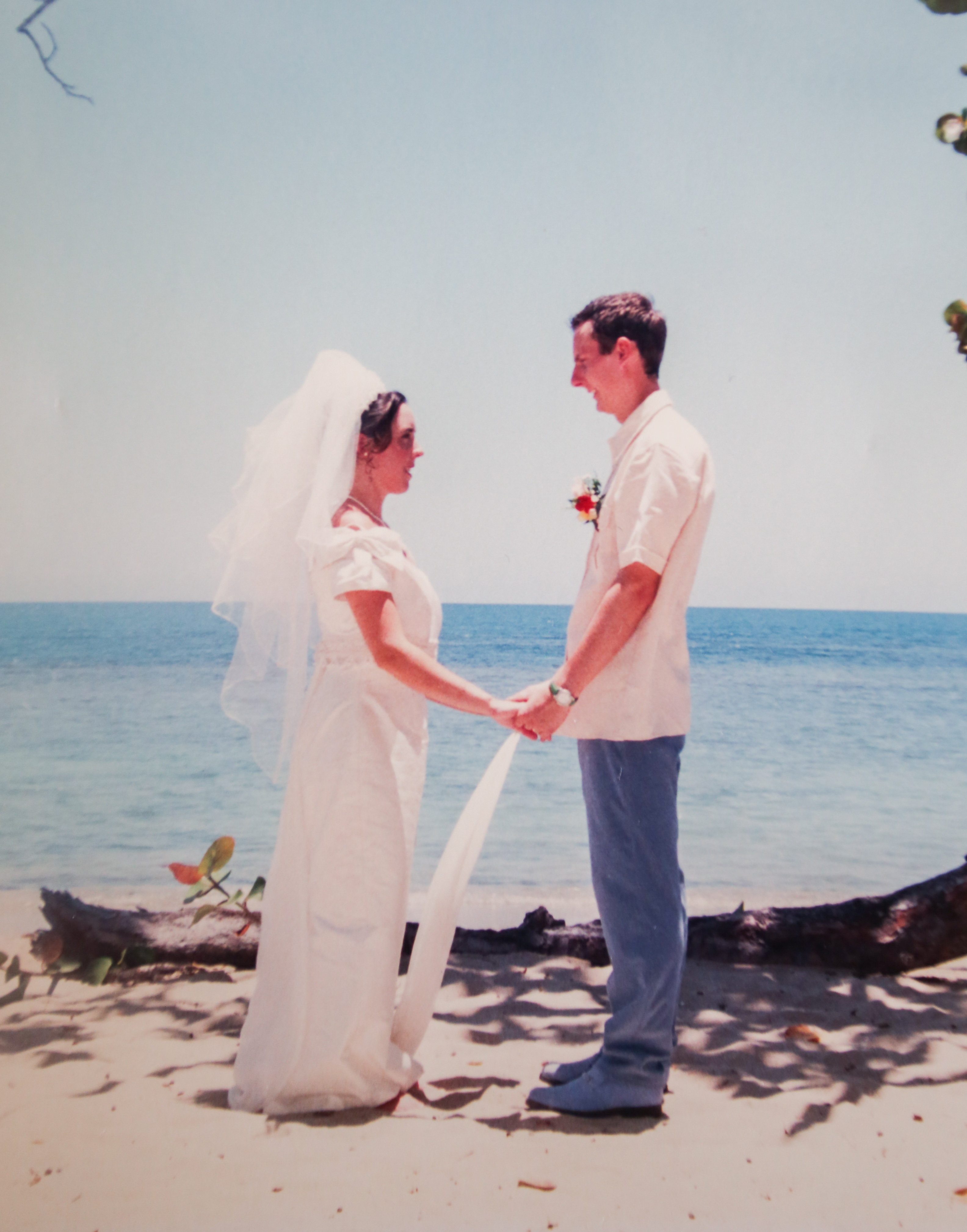 It was just six weeks away from the a decree absolute, where the divorce is finalised, Swansea Crown Court was told.

Prosecutor Helen Randall said: “The forgery caused Mrs Jones a lot of distress when she was receiving cancer treatment.

“She believes he had forged her signature to try and gain from her financially at a time when she was ill.”

Jones, a carpenter, admitted making a false instrument with intent that it be accepted as genuine – contrary to the Forgery and Counterfeiting Act 1981.

Defending, Andrew Evans said Jones was “adamant that part of his motivation was to speed up the progress.”

He denied it was an attempt to take advantage of his wife’s illness.

The couple had been estranged after Lucy left him in 2014, and they divorced in October 2017.

Judge Peter Heywood sentenced Jones to eight months imprisonment, of which half will be served in custody.

He was also given a two-year restraining order banning him from contacting dental practice manager Lucy.

After her ex was jailed, Lucy said: “I was thinking I was going to get on with my life, then being told I had cancer turned everything upside down.

“I was told I had three months to live, and at that point I was having chemotherapy for 12 hours a day.

“When that didn’t work they did it for 20 hours a day, and straight into my spine.

“When I had got all that going on, I didn’t care about the divorce, I didn’t think I was going to make it.

“When I went back to the house to pick up some stuff, I saw a letter with the name of the court, and my name, and didn’t have a clue.

“When I called them, they said it was about a divorce.

“I said I hadn’t even applied for a divorce and they advised me to go to a solicitor.”

The couple met in a nightclub when Lucy was 18 and married on a beach in the Dominican Republic three years later, in 1998.

But in recent years they were sleeping in separate beds, and Lucy was heartbroken to have to leave her sausage dog, Layla, 14, behind when she left Jones.

She hopes that now he is in jail she may be able to get her little dog back.

Lucy added: “It is nice to be able to move on now. At least I have managed to get through it.

“I asked the police, what would have happen to the case if I die, and they said it would die with me.

“I knew I would keep going.

“I think to myself, the person I married, I didn’t really know.”