This is the hilarious moment a couple try to unlock a Mazda – while their identical vehicle is parked just a few feet behind them.

The humorous scene unfolded outside a Morrisons store in Weymouth, Dorset on Sunday as the pair were returning with their trolley of shopping.

Video footage shows the man and woman standing by a red Mazda, repeatedly trying to open the door.

Behind their backs – just two spaces away – sits the exact same model of car.

The man and woman continue with their efforts, oblivious to the fact their own motor keeps unlocking itself just a few feet away.

At one point, the man even cups the key fob in his hand, and appears to say: “It’s dead because the light’s gone.”

Lorry driver Brad Roads, who was parked behind them, caught the entire spectacle on his phone.

The 32-year-old from Weymouth said: “I watched them for a few minutes looking really puzzled at their car – they kept unlocking and locking the car behind them without knowing.

“He was adamant the battery in the key fob had gone flat, she even tried it.

“I watched until I couldn’t take any more. He was trying the key in the door and still no joy.

“After a few minutes, I had to tell them.” 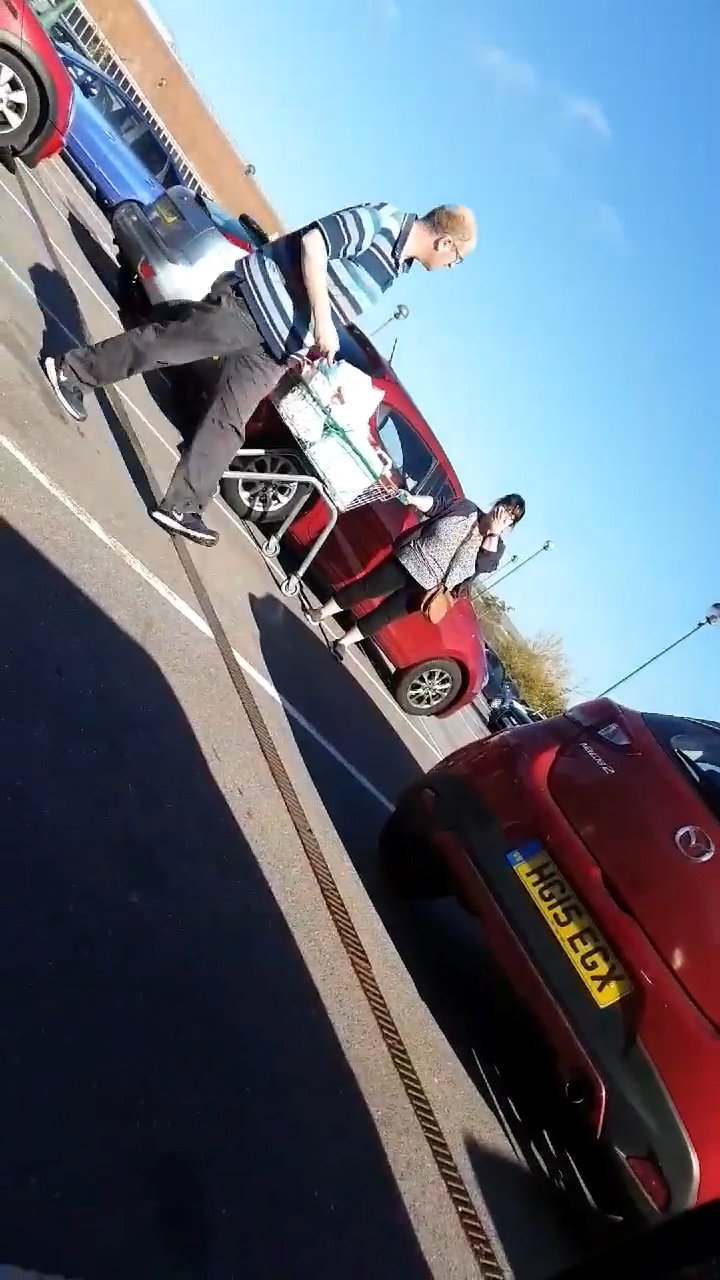 In the video, Brad can be heard saying, “You’re unlocking this car”, and points to the one behind them.

The man turns around and says, “Sorry?”.

He then spots the other motor, and turns to from one to the other looking confused.

He paces round – seemingly to check the registration plate, adding: “Oh Christ, I’m trying to get the wrong car – that’s embarrassing.”

The woman bursts out laughing, before they walk over to the correct Mazda.

Brad added: “The man looked really embarrassed but his wife saw the funny side.”