CCTV footage of a man wanted by cops in connection with the theft of a two-foot garden gnome in Kettering, Northants

This is the hilarious moment a crook was caught on camera stealing a 2ft tall GNOME – before falling head first through a fence as he tried to make his escape.

Comical CCTV footage shows the man sneaking along a path at the side of a house before he reappears moments later carrying the garden ornament.

But the gnome appears to be too heavy for the green-fingered thief and he can then be seen toppling head first through a neighbour’s trellis fence as he tries to flee the scene.

He slowly reemerges from the bushes looking worse for wear but still clutching the stolen property which he then calmly walks away with under both arms.

Northamptonshire Police today (Tue) released the footage in a bid to catch the suspect, who struck on Weekley Glebe Road, in Kettering, Northants.,at 4.45am on July 1.

A force spokesperson said: “Police officers have released CCTV footage of a man they wish to speak to in connection with the theft of a two-foot garden gnome in Kettering.

“The incident happened on Sunday, July 1, at about 4.45am, in , when a man picked up the gnome from a front garden in the area before falling into trellis fencing.

“He then got back to his feet and made off with the gnome which was later found destroyed outside a nearby block of flats.

“At the time of the offence, the gnome was wearing a red hat and blue jacket.” 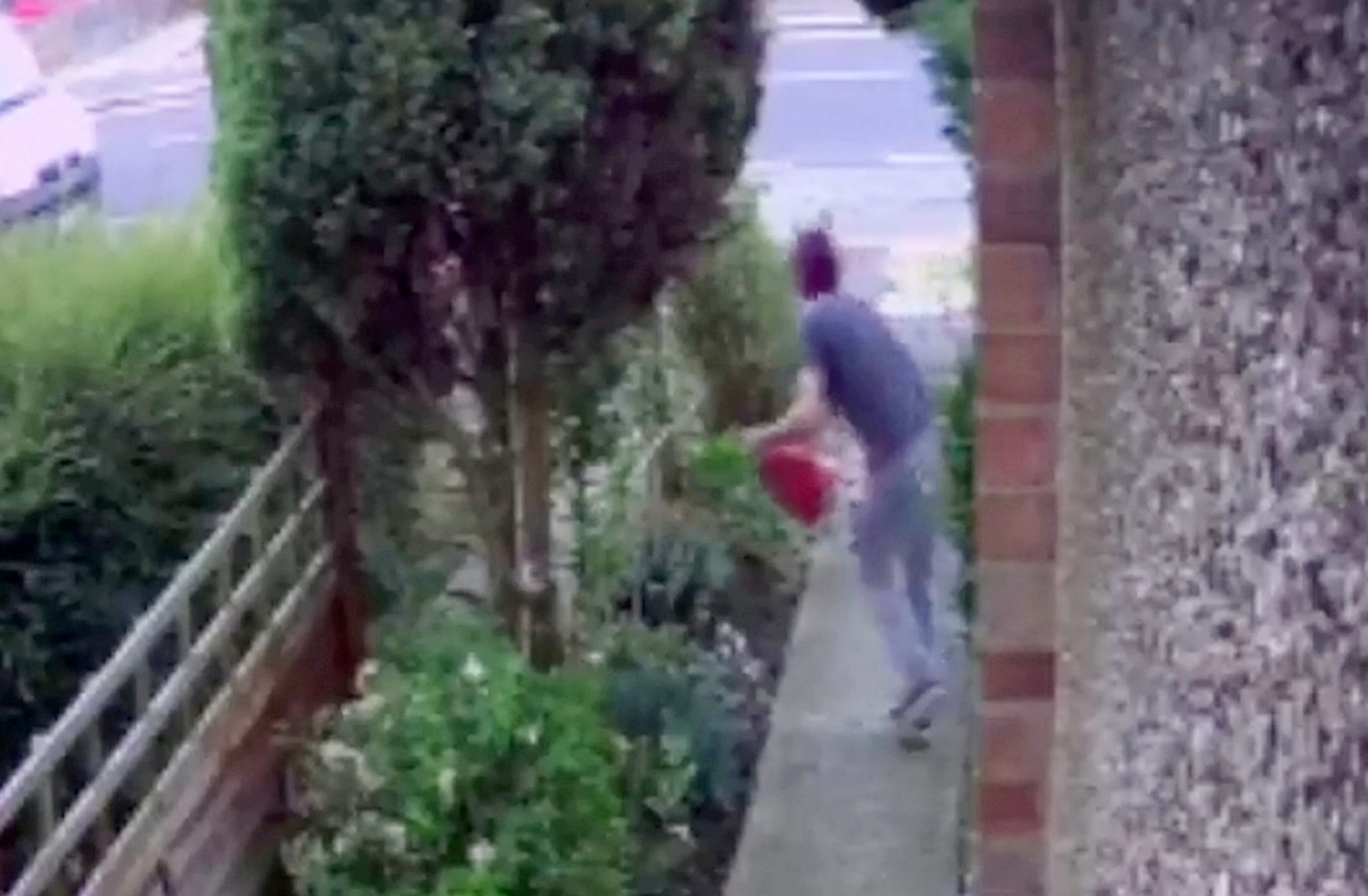 Anyone who recognises the man in the footage is asked to contact Northamptonshire Police on 101 or call Crimestoppers anonymously on 0800 555111.

After the force shared the footage on social media, web users were quick to mock the crook’s bungling attempts to escape.

Carrie Turner wrote: “I know I shouldn’t laugh but…”at the time of the offence the gnome
was wearing a red hat and blue jacket”…that has finished me off” 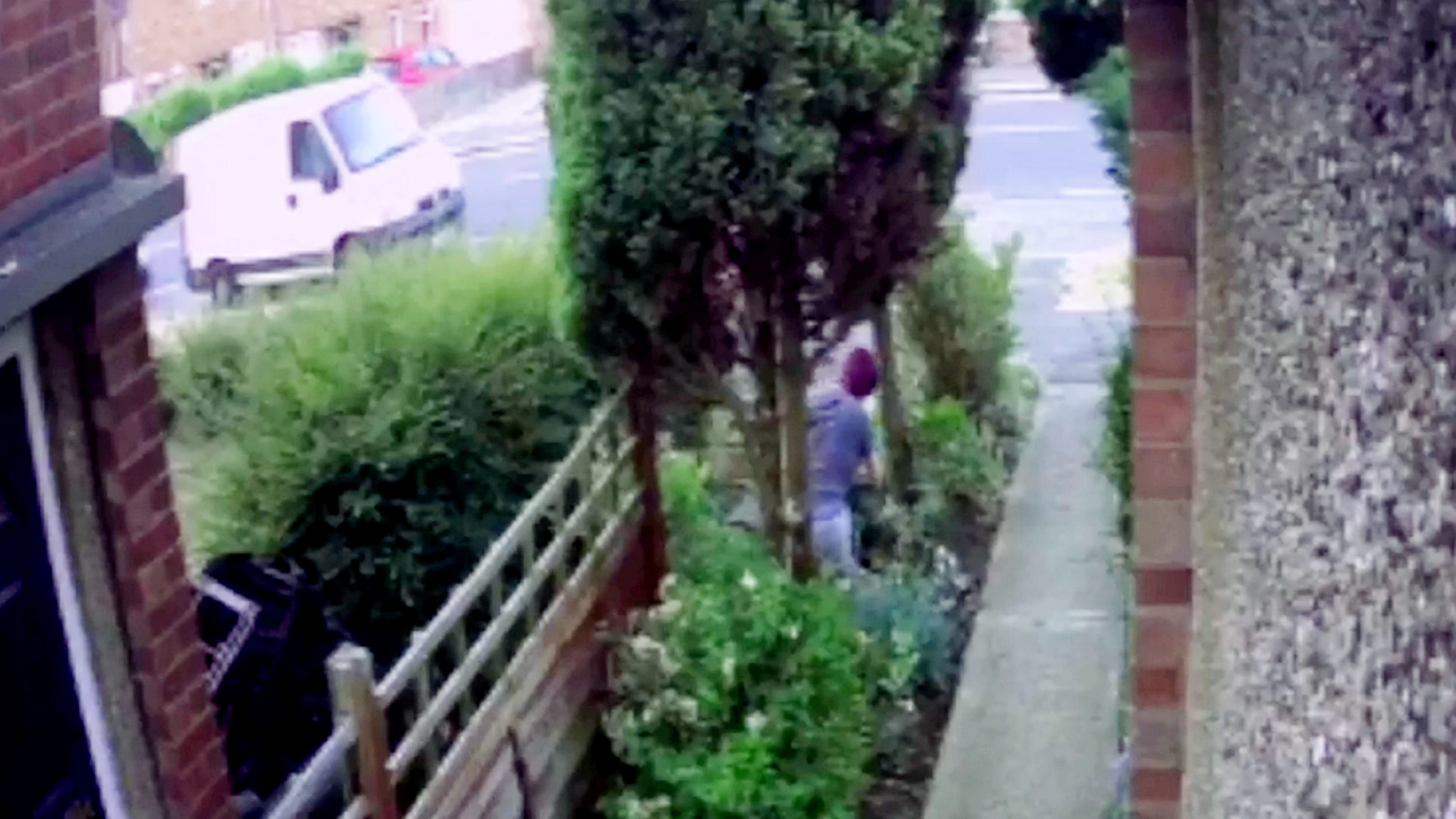 James Hill added: “That is one comedy fall to match Del Boy. What a pillock.”

Paul Jones added: “I thought watching a gnome theft would be bizarre enough…but I certainly wasn’t expecting that. He must have had a few that night.”