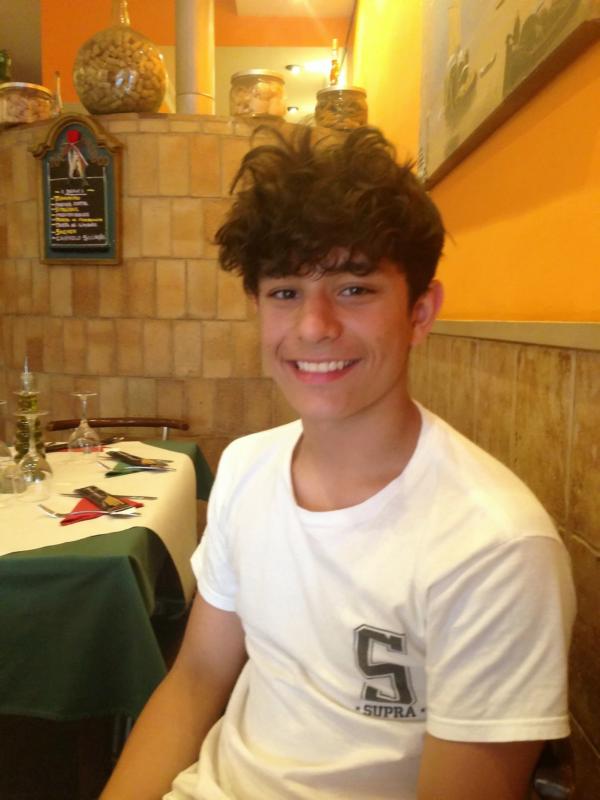 A grieving mum has written a heartbreaking open letter to the bullies who drove her son to suicide – after he was teased because he was not allowed to play Call of Duty.

Public schoolboy Felix Alexander, 17, died under the wheels of a train earlier this year after suffering seven years of abuse.

The teenager told his parents he was getting the bus to school but instead went to the railway tracks and stepped in front of an oncoming train.

He was killed instantly when he was struck at Abbotswood Junction, Norton, near his home in Worcester, at 9am on April 27 this year.

An inquest concluded Felix had committed suicide after suffering years of bullying, firstly in the playground and then by online trolls.

One of the website’s he was targeted on was Ask.fm which has been linked to seven teenage suicides.

His years of torment began in 2009 following a playground argument about violent video game Call of Duty: Modern Warfare 2.

The 18-rated game had just been released but Felix, then aged ten, was branded a “pussy” by classmates at posh King’s School in Worcester after he admitted his parents had banned him from playing it.

Felix eventually moved to Pershore High School last September but the bullying continued until he was unable to cope any longer.

His devastated mother Lucy, 51, has now written an open letter to her son’s bullies, as well as to schools and parents, explaining the torment Felix suffered.

It says: “I write this letter not for sympathy, but because there are so many more children like Felix who are struggling.

“His confidence and self-esteem had been eroded over a long period of time by the bullying behaviour he experienced in secondary education.

“It began with unkindness and social isolation and over the years, with the advent of social media, it became cruel and overwhelming.

“People who had never even met Felix were abusing him.

“He was however so badly damaged by the abuse, isolation and unkindness he had experienced, that he was unable to see just how many people truly cared for him.”

Lucy, a sexual health nurse, who also has a daughter Charlotte, 22, and a son Ben, 21, said: “I wrote the letter as I want to educate our educators and to the bullies themselves so they can see the effect they have on the people they target.

“Teachers need to be aware of the dangers of bullying and I want more help to be available.

“I’m working with my son’s high school to raise awareness there, in the hope that teachers can receive further training.

“He had been targeted for many, many years. It was generalised cruelty.

“He was known as the most hated person in the year at school.

“It started with social isolation when he was around ten. He didn’t get invited to parties and wasn’t included in weekend activities.

“Then the online abuse started when he was 14. It was initially via the website Ask.fm and then it escalated with basically every social media platform you could imagine.

“It all started when people kept asking him why he didn’t have Call of Duty for the PlayStation.

“He was ten at the time, so why on earth would I let him play an 18-rated game that was full of violence?

“One child even called him a ‘pussy’ because he wasn’t allowed to play it. It was really silly comments like that which started the whole thing.

“It spiralled from there and escalated into people who barely knew him joining in, and then he became Felix who everyone hated.

“The damage had already been done. He couldn’t see a way to be happy.

“He saw a psychologist when he was ten because he was in a very dark place. The bullying was poisonous.

“He moved from his old school because he was very unhappy there and didn’t get the grades he needed to get into sixth form.

“We don’t like to think that our children could be responsible for being cruel to another child, but I have been shocked by the ‘nice’ kids who were responsible in part for Felix’s anguish.

“On several occasions we removed all form of social media from Felix as it was causing so much distress, but that just isolated him further.

“On the morning Felix died, we suspected something was wrong as we knew he hadn’t got to school.

“It wasn’t something we expected or were worried about.

“We thought we were coming to the end of the tunnel, but obviously he couldn’t see the light.

“My other children were devastated to lose their brother.

“It was just horrendous.”

Lucy, who also lives with husband Ratan, 55, an anaesthetist, is now fundraising for the Place2be charity, which offers mental health counselling to young people.

She added: “I’ve gone back to work and I have superb friends and family who have helped me through it all.

“My friend suggested the charity when Felix died as they help support children in schools who are going through a number of different types of trauma.

“What appealed to me is that they believe in early intervention, which I believe is the key to stopping bullying early.

“I want to raise awareness because we all have a collective responsibility to prevent other young lives being lost.”

On April 27th 2016 our beautiful 17-year-old son took his own life. He decided to do this because he could not see any way to be happy.

His confidence and self esteem had been eroded over a long period of time by the bullying behaviour he experienced in secondary education.

It began with unkindness and social isolation and over the years with the advent of social media it became cruel and overwhelming.

People who had never even met Felix were abusing him over social media and he found that he was unable to make and keep friends as it was difficult to befriend the most “hated’ boy in the school.

His schoolwork suffered and he found school a daily struggle.

He changed schools for 6th form, something he would not contemplate before, as even though he was miserable he was also terrified of the unknown and was sure that because he felt he was so worthless, another school would make no difference.

He did make friends at his new school and the teaching staff found him to be bright, kind and caring.

He was however so badly damaged by the abuse, isolation and unkindness he had experienced that he was unable to see just how many people truly cared for him.

I write this letter not for sympathy, but because there are so many more children like Felix who are struggling and we need to wake up to the cruel world we are living in.

I am appealing to children to be kind ALWAYS and never stand by and leave bullying unreported.

Be that one person prepared to stand up to unkindness. You will never regret being a good friend.

I have been told that “everyone says things they don’t mean on social media”.

Unkindness is dismissed as ‘banter’ and because they cannot see the effect of their words they do not believe there is one.

A quote I saw on Facebook recently resonated with me and I think is worth thinking about before posting anything on social media. Is it true? Is it necessary? Is it kind?

Our children need to understand that actions have consequences and that people are wounded, sometimes fatally by these so called ‘keyboard warriors”.

Not all children participate in online abuse, but they may be guilty of enabling others to do it.

They do this by not reporting it, by not supporting or befriending the child being abused, which just validates the bully’s behaviour.

I appeal to teachers to look out for signs that children are struggling. Poor grades or poor behaviour may signal a child crying out for help.

Listen to parents who may report problems and monitor their social interactions.

Are they sitting alone at break time or lunchtime? Are they particularly quiet or are they perhaps too loud?

I do not expect teachers to be psychologists but they have a unique overview of children’s lives and they are able to recognize a difficulty early and help signpost towards help.

Education is a vital part of change. Children need to be shown from a very early age the necessity of kindness to each other.

Incorporate these valuable lessons into the PSHE programme early in a child’s school life.

They all have smart phones at a very young age and it is vital that they are guided on how to use them responsibly and kindly.

Finally I appeal to parents. Please take an interest in what your children do online. Find out what social media platforms they are using and be sure that their use is appropriate and kind.

We don’t like to think that OUR children could be responsible for being cruel to another child, but I have been shocked by the “nice’ kids who were responsible in part for Felix’s anguish.

Even if they only say something horrible once, that will not be the only person who will have said something that week.

Group chats can be a particular problem and they can disintegrate into hate fests very easily.

It is too simplistic to say ‘Why don’t you just block them?’ ‘You don’t have to read it!” This is the way young people communicate now and many are actually are losing the ability to communicate effectively face to face.

On several occasions we removed all form of social media from Felix as it was causing so much distress, but that just isolated him further and he felt that it was a punishment and not a protection.

Help them understand that if they are writing or posting something that they would not want you to read then they should not be doing it. Help them self -edit before they post.

What are they watching online in their bedrooms? Children are witnessing a warped form of reality as violence and pornography are being ‘normalised” by their ease of access.

We have a collective responsibility to prevent other young lives being lost to unkindness and bullying.

You may see that I have repeatedly used one word in this letter and I make no apology for this.

The word is kindness. I said this at our son’s funeral. Please be kind always, for you never know what is in someone’s heart or mind.

Our lives have been irrevocably damaged by the loss of our wonderful son; please don’t let it happen to any other family.

Lostprophets paedo Ian Watkins bragged about having sex to the BAMBI...