A gran-of-three is lucky to be alive after being savagely mauled by “killer” dogs which bit her left hand down to the bone.

Jill Jones, 62, has been left disfigured and in constant pain following the dog attack on December 30 in broad daylight.

She was walking her beloved cockapoo, Charlie when she glanced over her shoulder and spotted the ferocious-looking dogs – suspected to be a Pitbull cross-breed – creeping along the pavement behind.

The loose dogs stalked the pair for several yards before pouncing full-speed on Charlie and pulling him every which way “like a ragdoll”, biting his ears, neck and legs.

Jill’s first instinct was to protect her two-year-old pet and baited them with her hand which the dogs then shredded, she claims.

She said: “They were all over him and pulling him every which way like a rag doll. I didn’t know what else to do, so I just gave them my hand and tried to cover him.

“Charlie is my world and I was trying to protect him any way I could. That’s why my hand is ravaged and shredded. I wasn’t bothered about myself, I just wanted to save Charlie.

“Terrifying is not the word. They were wild, their eyes were evil, it’s like they were trying to kill us. I thought I was going to die.”

Her screams were heard by neighbours in Ashton-on-Ribble near Preston, Lancs., who ran to her rescue.

One helper, David Lynch, managed to grab one of the dogs by the scruff of the neck. The other dog fled and Jill was swiftly taken into the refuge of another neighbour’s home.

Mr Lynch held onto the enraged dog for over an hour until police arrived. Officers later tracked the other dog down to its owners’ home nearby.

Mother-of-two Jill said: “The gentlemen who helped me are my heroes I’ll tell you. They probably saved our lives.

“One of them took us into his home where his wife cared for me. I can’t thank them enough.

“Those dogs were killers and they didn’t think twice about helping me.”

Jill was taken to hospital for treatment where she was kept in overnight before undergoing surgery the following day.

“I had an operation and the doctors said my recovery is going to be a long process,” she added. “I can’t do a thing and my hand looks disfigured. I can’t even hold a cigarette.

“It’s made me a nervous wreck. When I came home from the hospital, I got out of the car and some dogs were barking down the street. It scared me to death.

“But me and Charlie are survivors. We’re a tough old pair and you can’t keep us down for long.

“My Charlie is my world and my saviour. I wouldn’t have been able to carry on without him.”

Charlie was taken to a vet to be treated for multiple puncture wounds to his head and body.

The dogs have since been seized by police and enquiries are ongoing to establish their breed.

A police spokesman added: “We were called by the Ambulance Service yesterday afternoon (Sunday, December 30) at around 2.45pm to the report that a woman had been attacked by two dogs on Stocks Road in Ashton, Preston.

“The woman was walking her dog when the two unsupervised animals have run towards her.

“They have knocked her over, bit her dog’s ear and then mauled her hands as she protected her pet.

“Members of the public have heard her screams and have gone to help.

“A man managed to apprehend one of the dogs. The other ran off. Police tracked it down to an address on De Lacy Street. 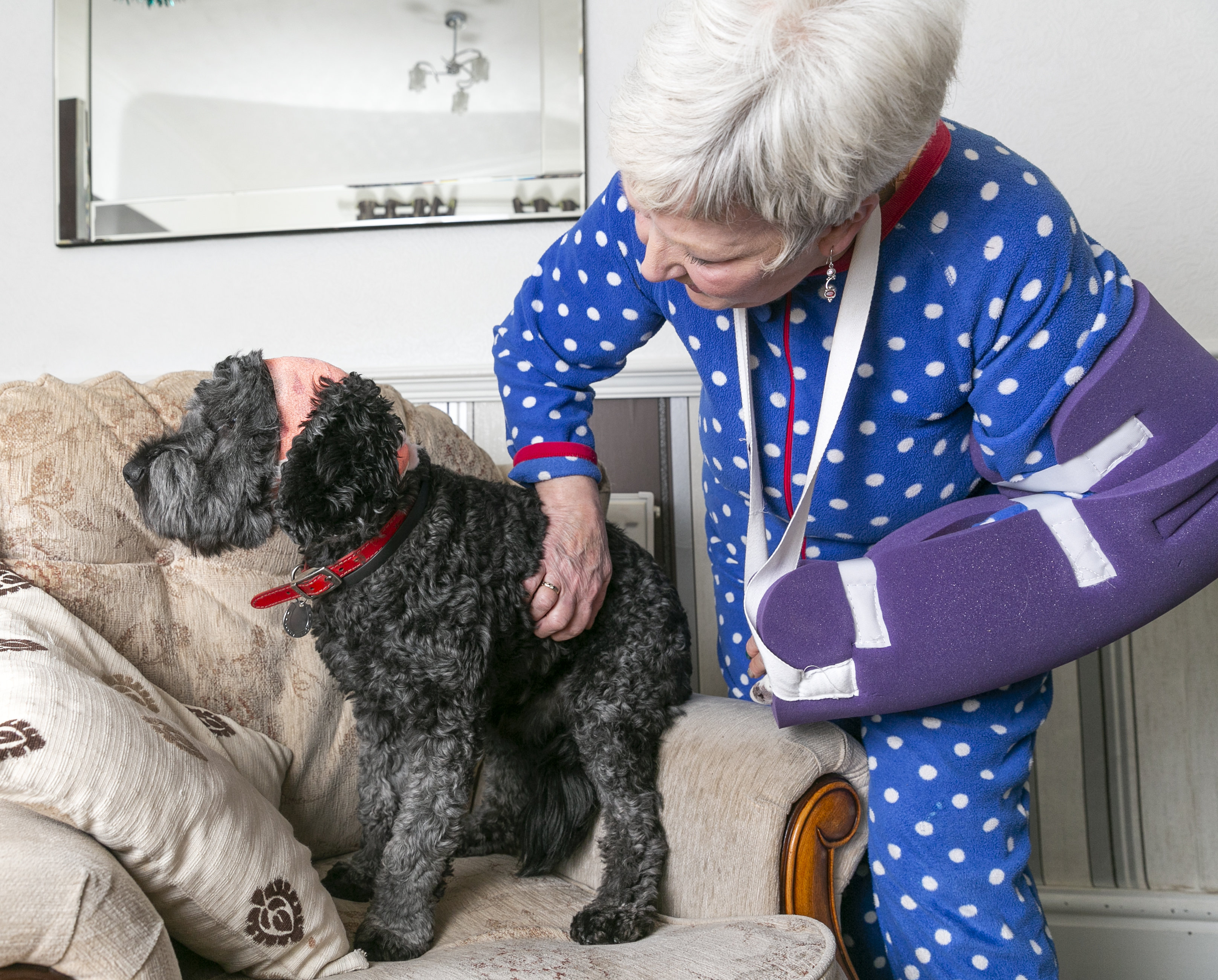 “Both animals have been seized and enquiries are on-going to establish their breed.”

Police could not confirm whether the owner of the dogs has been arrested.

The ownership and breeding of pit bull-type dogs, many of which were originally bred as fighting dogs, has been banned in the UK since 1991, when the Dangerous Dogs Act was introduced.

5 Tips for your Bath Time

5 Tips for your Bath Time