Video grab of fancy dress shop owner Christina Hutson, 50, who is recreating 'Elf on the Shelf' videos with herself in the mischievous titular role, attracting thousands of fans in the process.

A grandmother has attracted thousands of fans by doing her own bonkers version of ‘elf on a shelf’ – where SHE dresses up as Santa’s helper for mischievous videos.

The traditional craze sees parents pose a naughty toy elf in various positions around their home every night to trick kids into thinking Santa is watching.

But fancy dress shop owner Christina Hutson, 50, has taken it a step further and has been dressing up as an elf herself. 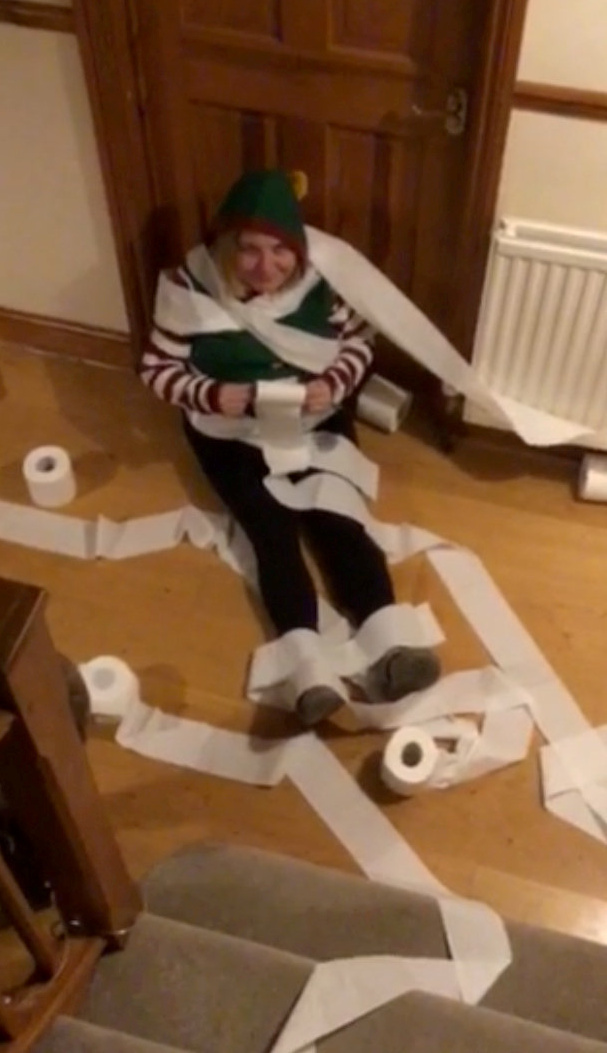 Her husband Jason, 46, films himself catching her in the act – being naughty and causing havoc – and she posts the funny videos on Facebook for others to see,

Thousands of people have watched her scoffing mince pies while hiding inside the fridge, or creating sparks by pulling wires out the TV.

Another shows the mum-of-two stealing sweets off the tree, making a snow angel in flour, unrolling the loo roll, and turning the tree upside down.

Christina, who is step-gran to Anaya, two, said: “Everyone thinks that we are absolutely barmy but honestly it’s so hilarious.

“My daughters Laura and Sophie think I’m quite silly but people love it and it makes them laugh.

“We own a fancy dress shop so I love getting dressed up, especially as a naughty elf to play tricks on my family.

“‘Elf on the shelf’ is usually targeted at children and can be quite scary so we wanted to create something for the adults and make them laugh.”

The couple from North Marston, Buckinghamshire, is sharing one video on Facebook every day since mid-December, and plans to continue until Christmas Eve.

Christina said: “My husband always catches me in the act every time. I could never get away with anything.”

The ‘elf on the shelf’ craze started in 2005 as a children’s book which tells the story of how Santa sends a scout elf to check whether children are being naughty or nice.

Christina said: “It’s certainly been well received on social media but there’s quite a lot of people calling me a mad woman.

“But it certainly leaves them in hysterics whilst watching me make a fool of myself around the house.

“We have plenty more planned and have a big one planned for Christmas Eve before the elves return to the North Pole for another year.

“I can’t give too much away but it will be a big one to see in the festive season.

“The videos are really popular and I get people asking me when we are posting the next one.” 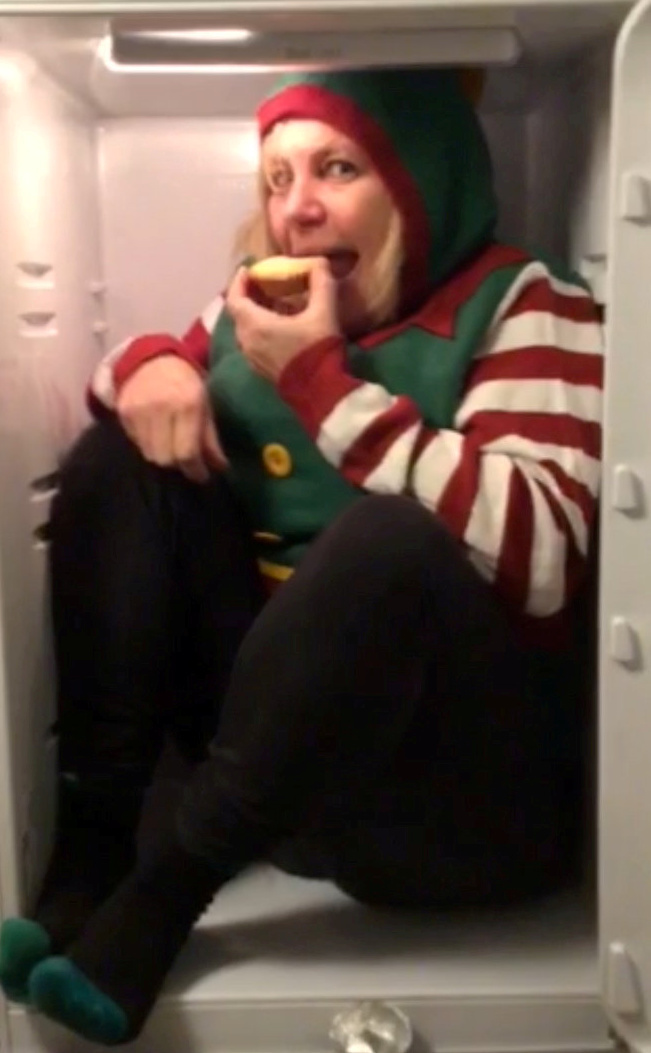 Christine’s step-daughter Leila Hutson, 25, a hairdresser from Chinnor, Oxfordshire, said: “When I first saw it on Facebook it was generally the funniest Christmas-sy thing I’ve seen all year.

“They are crazy grandparents to my two-year-old.”

Daughter Sophie Chamberlain, 23, from North Marston, said: “My parents are very creative and often do projects like this for the community’s enjoyment, so I’m glad their efforts are being appreciated.”

Daughter Laura Chamberlain, 25, an estate agent from Southampton, said: “When I saw the videos I really wasn’t surprised.