A cheerleader who gave a speech urging her classmates not to “take life for granted” was killed in a car crash just a month later – and the driver has been fined just $120.

Caitlyn Carman, 19, was filmed giving an emotional address in which she urged her peers to “live everyday as though it is your last”.

But tragedy struck just weeks later when Mark Begeman, 53, slammed into the back of her car at 63mph without braking as she drove her 10-year-old half brother home.

Caitlyn’s Honda CR-V was pushed into the path of an oncoming semi-truck which struck her, killing her instantly.

Despite being found guilty of careless driving, Begeman was let off with just a $120 fine – a sentence Caitlyn’s mom Barb Olson calls a “slap in the face”.

The maximum punishment for careless driving, a class two misdemeanor, is 30 days in prison and a $500 fine.

But Begeman, from Monroe, South Dakota, US, was issued with the $120 ticket straight after the crash, a penalty which a judge was powerless to increase at a later date.

Barb, 50, an administrative assistant, said: “It’s a slap in the face. It’s as though her death was no big deal, it was just a fender bender.

“After going through the trial and revisiting her death, to be told that the man responsible can only ever be given a $120 fine is devastating.

“I wouldn’t wish what I’ve been through on any mother.”

University student Caitlyn, a special education major, was driving home from an arcade with her half brother at the time of the crash on March 8.

She was about to take a left turn on the South Dakota Highway 42 on March 8 when she was struck from behind by Begeman’s Dodge Caravan at 5.34pm.

Caitlyn was fatally wounded while her half brother, who has not been named at his family’s request, suffered a broken femur bone and lung contusions.

He was airlifted to hospital and spent four months in a wheelchair. Six months on, he still requires a walker to help him move.

Highway Patrol troopers who attended the crash said there were no signs that Begeman had attempted to brake or swerve to avoid hitting Caitlyn’s vehicle.

A text message was sent from Begeman’s phone about five minutes before the crash but he maintained he was not using his phone at the time of the accident.

The first that Barb knew her daughter had been involved in a car accident was when Caitlyn’s step-mother Kathy Carman called her.

She said: “Kathy called me and told me that Caitlyn was in a car crash and I needed to come quickly.

“Within a couple of minutes, she called me back and said that Caitlyn was dead.”

She added: “Caitlyn called me and said she was going to pick up her half-brother and take him to play video games at the arcade.

“Then she was going to take him home and have dinner.

“That phone call is the last time I spoke to my daughter.” 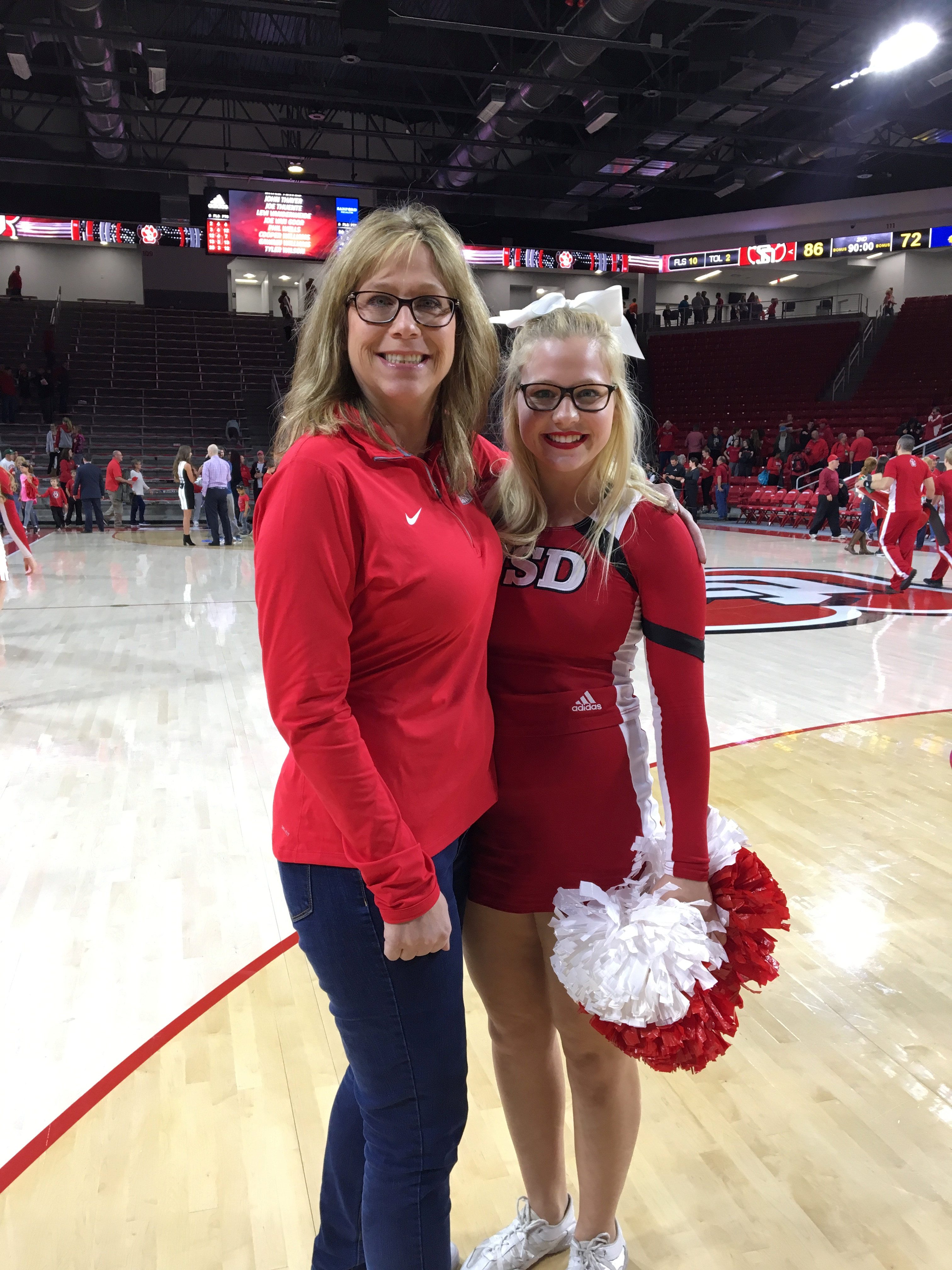 In the midst of her grief, Barb, husband Gene, 58, and Caitlyn’s sister Alex Carmen, 25, were devastated to learn that Begeman would only be charged with careless driving.

She said: “That was the first slap in the face. Six weeks later, we were told that he was pleading not guilty to it.

“We were mad, we were angry, we were in disbelief.”

On August 30, Begeman was found guilty of careless driving at Minnehaha County courthouse.

Barb and Caitlyn’s supporters, who wore tie-dye to the trial as it was the cheerleader’s favorite pattern, flooded the court with letters begging for the maximum punishment.

But on September 26, they were horrified when Begeman was handed the paltry fine.

Judge Eric Johnson explained to the room full of Caitlyn’s supporters that $120 was the maximum he could give Begeman as that was the amount on the ticket.

He apologised to the family but said his hands were tied.

“I do not have the ability to extend the penalty,” he told the court.

Barb said: “We were never told that a $120 fine was all he was ever going to be given because that’s what was put on the ticket he was handed back in April.

“Why did we have a sentencing hearing? We should have been saved the time and anguish.”

She paid tribute to Caitlyn, a dedicated University of South Dakota cheerleader who was majoring in special education and dreamt of teaching children with special needs. 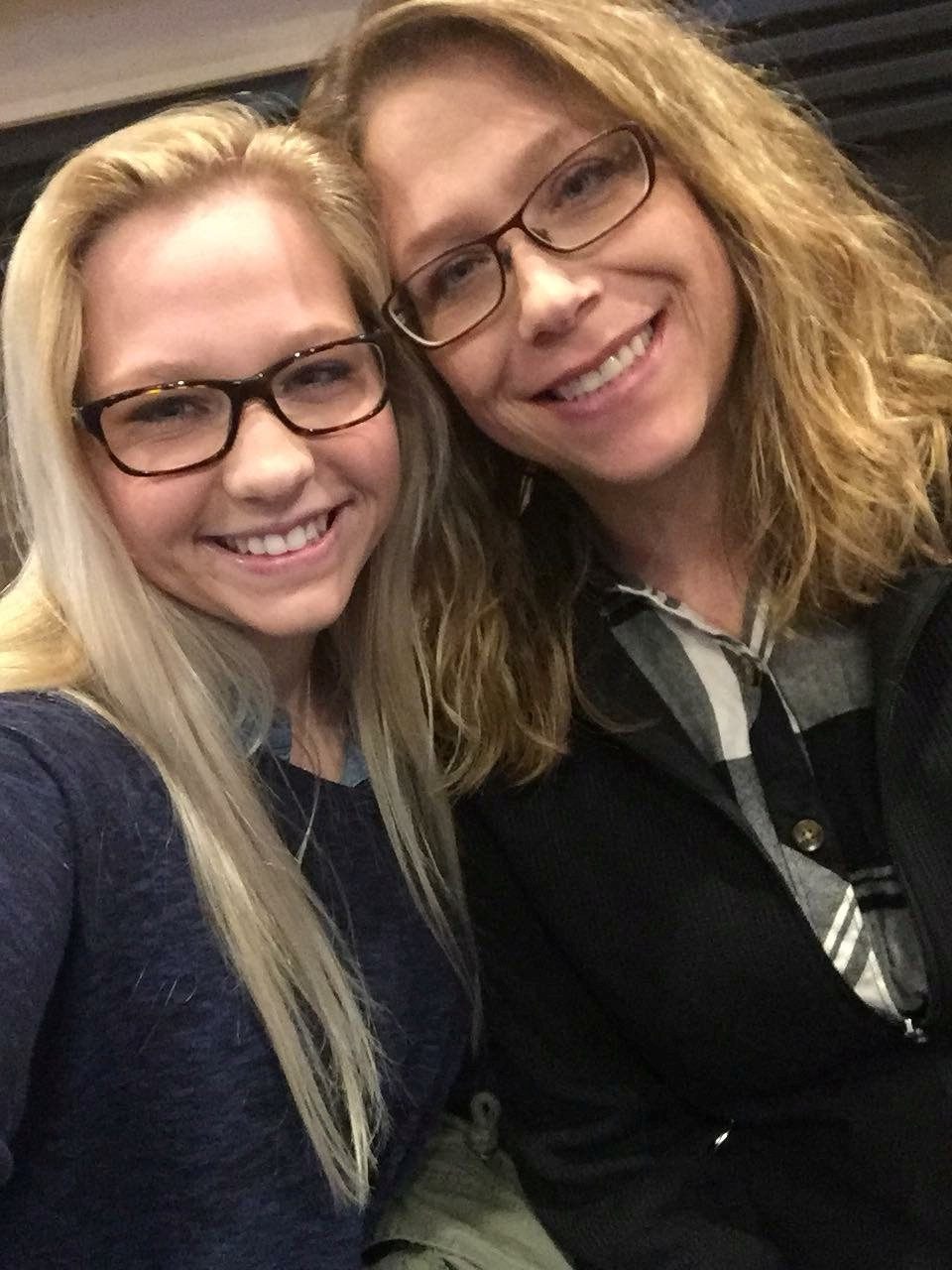 Barb said: “She was so beautiful but she was 100 times more beautiful on the inside. She was loved and cherished by everybody she came into contact with.

“She was loving and non judgemental. She hated gossip and she did more for others than she did for herself.

“She wanted to teach in Sioux Falls and be a cheer coach for Roosevelt High School where she had cheered while she was a student there.”

In a heartbreaking video filmed in February, Caitlyn can be seen reciting a speech in class.

She tells her classmates: “In the blink of an eye, everything can change so forget often and love with all of your hearts.

“Don’t take life for granted. Remember the little things and live everyday as though it is your last.”

What are the worlds most expensive number plates?

What are the worlds most expensive number plates?