A fitness fanatic was left paralysed from the neck down after she fell on her head while doing an upside down sit up in the gym.

A fitness fanatic was left paralysed from the neck down – after falling on her head while doing an ‘inverted’ sit-up at the gym.

Marcelle Mancuso, 23, broke a vertebrae after slipping off a bench while performing the common abdominal exercise.

Doctors warned her she could be a tetraplegic for life and fitted a titanium plate held by six screws into her spine.

But after months of physiotherapy she gradually regained movement in a toe or finger at a time.

Now the law graduate is fighting fit and back at the gym – and has even started doing inverted sit-ups again.

Determined Marcelle said: “It was just another normal day of training.

“I went to perform the abdominal inverted sit up, and was upside down.

“I was attached to the equipment with a strip, which broke and the personal trainer could not hold me.

“I hit the back of my head on the floor, and immediately lost all body movements with the blow.

“My diagnosis was tetraplegia – no movement in my arms or legs.

“The doctors did not know if I would walk again or if I would stay on a bed forever.

“I was afraid, but my faith always spoke louder and I thanked God for being alive.

“I gave my best every day in physical therapy. I thought if my movements did not come back it would not be my fault, it would be destiny.

“I was willing to fight until the last minute.

“Gradually my movement came back.

“The doctors were surprised by my recovery.

“One day when I was in the doctor’s office thanking the doctor who operated on me, he said: ‘Do not thank me, thank the guy from the top – this is his work’ – meaning God.”

Marcelle – who does bodybuilding, running and Muay Thai – injured her neck while doing a training session at a gym in Sao Jose do Rio Preto, Brazil, in January 2016.

An inverted sit-up involves performing an abdominal crunch on a gym bench which is raised at the end.

The strap holding her legs onto the elevated end of the bench came loose and she slipped head-first onto the floor.

She broke the fifth vertebrae in the neck section of her spine, knocked another one out of place, and squashed a third, compressing her spinal cord.

“I lost all the movements from the neck down when I hit my head on the floor,” she recalled.

“I could move my eyes. I had to keep calm and began to pray.”

She was rushed to hospital where doctors had to graft bone to her smashed vertebrae and fitted a metal plate in her spine. 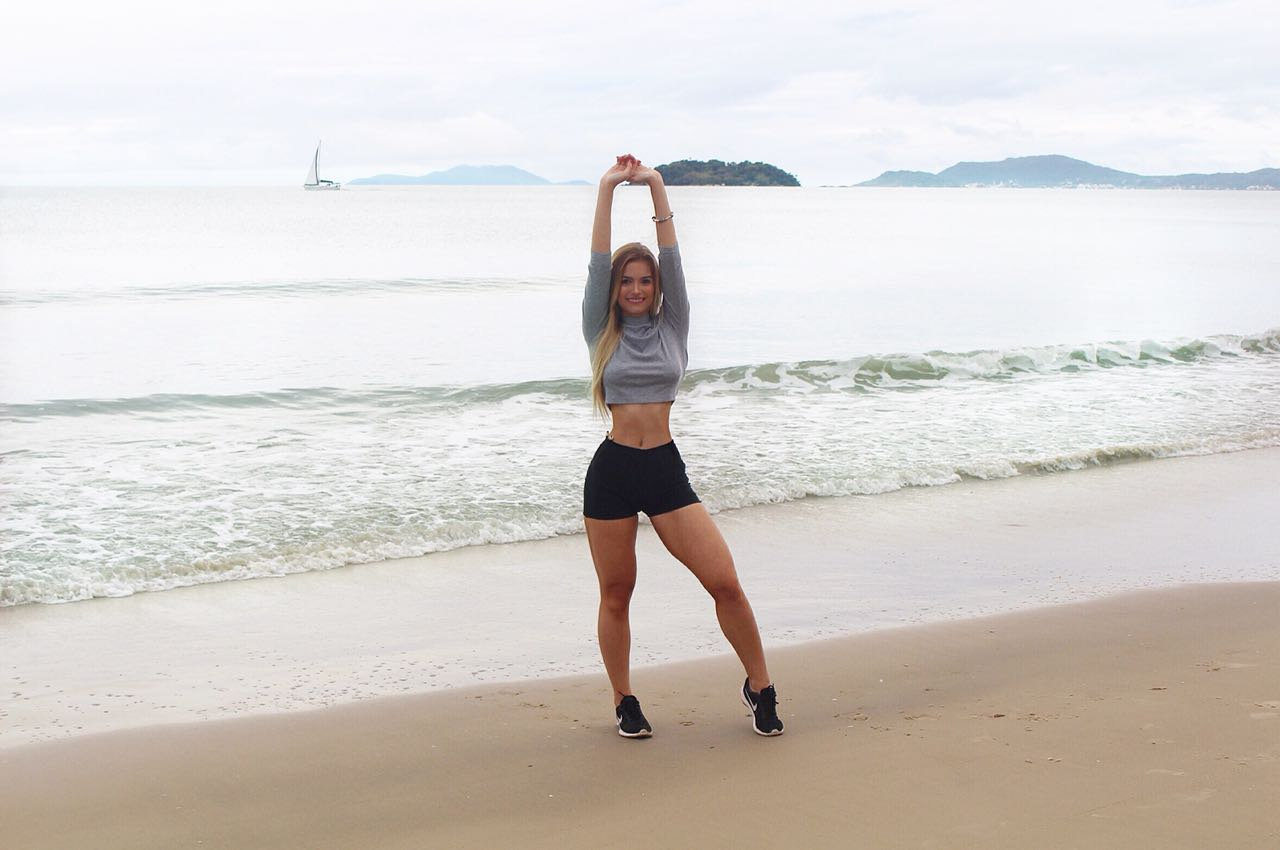 Doctors did not know if it would result in her regaining her ability to walk, but after three days she was able to wiggle her fingers and toes.

In a week she could stand up with help, a month after the accident she took her first steps with a walking frame, and it took three months for her to walk tiny distances on her own.

“After four months I started to improve my leg strength and five months after the accident I stopped having fainting and dizziness while walking.

“After six months I managed to walk and my legs did not sway any more.”

She’s now back at the gym and said she’s more active than ever.

“It sometimes feels like it was a nightmare I have woken up from,” she said.

“I have a normal life today and thank God all the time for it!

“I learned to value the simplest things in life, such as getting out of bed and being able to brush my teeth without the help.

“I want to help and inspire so many people who are going through difficult times.

“While you’re alive, you have a chance. Life can be incredible from various perspectives, it just depends on us and the love we carry in our hearts.”