Firefighters Rescue Horse From Swimming Pool In Back Garden

Mackie the horse who was discovered roaming around the swimming pool in a suburban garden in Didcot, Oxon.

A horse had a lucky escape when it got trapped in a swimming pool and had to be rescued by fire crews.

The brown horse, named Mackie, was discovered roaming around the swimming pool in a suburban garden in Didcot, Oxon.

Firefighters were called to the scene, along with a vet, and the water was pumped out of the pool before Mackie was rescued, still wearing a bridle and blue coat. 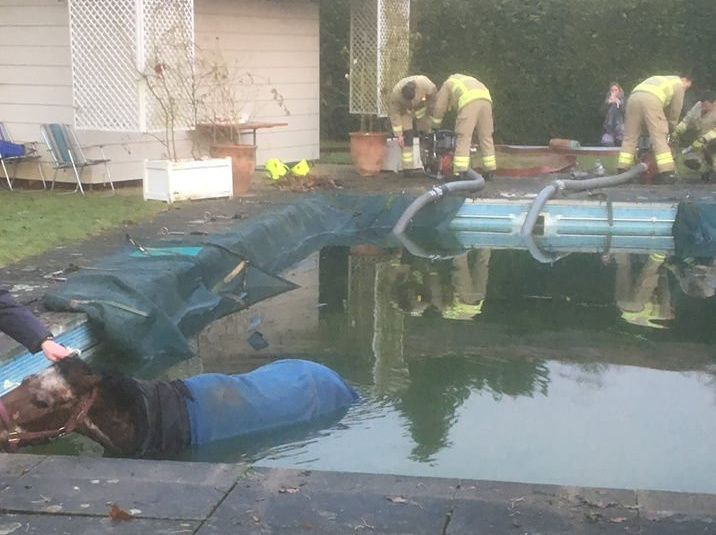 A spokesman for Oxfordshire Fire and Rescue Service said: “Crews from Abingdon, Didcot and specialist vehicles from Kidlington and Wantage Fire Station attended this incident near Didcot.

“As you can see a horse managed to end up in a swimming pool!

“We used a pump to get the water out of the pool and then with the assistance of a local vet where able to remove the horse to safety.

“An unusual incident and we are pleased to report Mackie the horse is doing well.”