Video grab shows HGV driver who was forced to slam on the brakes pointing to his dash cam.

This is the moment an HGV driver was forced to slam on the brakes after a car cut him up at high speed — with inches to spare.

Dashcam footage shows the apparently impatient Peugeot 107 overtake lorry on the chevrons before slowing down to a complete stop ahead of the HGV on the A638.

The car comes so close to the huge vehicle it disappears below the dash camera mounted in the lorry – while the driver frantically hammers the horn.

Bizarrely when the Peugeot comes to a complete stop in the busy road the driver gets out to LIE in the road, apparently inspecting his rear bumper.

The exasperated HGV driver gets of his vehicle and points to the dash cam – before he appears to stick his fingers up at the unimpressed car driver.

The shocking lucky escape happened while the HGV driver was coming off the A1M at junction 38, heading towards Wakefield on the A638 on January 30. 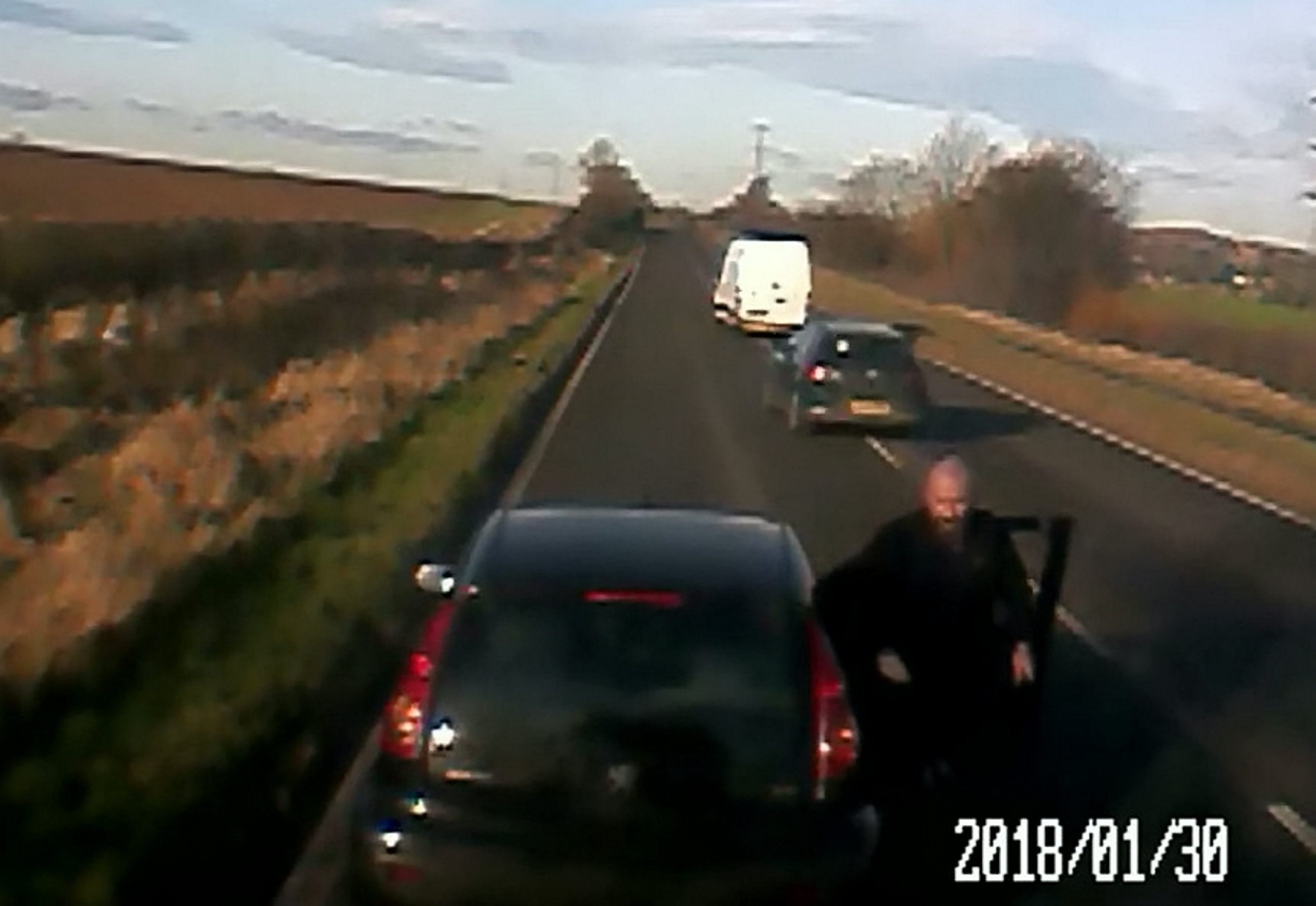 “The truck needed to move right, and as there was room he proceeded.

“The truck was ‘unit only’ therefore not carrying a trailer and was shorter in length.

“The Peugeot 107 driver could see there was an obstacle on the slip road but instead of easing off the accelerator a little, he overtook on the chevrons.

“Instead of then continuing his journey and letting it be, the 107 ‘dodgem’ had other ideas and slammed his brakes on, brake testing the truck.

“There was slight contact as the truck just can’t brake as hard as a car and stop in the same distance.”