This is the bizarre moment a flashily dressed thief ignores an Audi on a driveway in Blackpole, Worcester - and steals two WHEELIE bins instead.

This is the bizarre moment a flashily dressed thief ignores an Audi on a driveway – and steals two WHEELIE bins.

Mark Watson, 50, was stunned when he discovered the two bins – worth £15.20 each – were missing from outside his home.

After reviewing footage from his security cameras he discovered they had been taken by a man who had then dumped the rubbish nearby.

The 30 second clip shows the thief, aged in his 20s, wearing a baseball cap, shiny tracksuit and white trainers, making a beeline for the bins.

He then brazenly wheels the bins down the driveway and out of sight.

Mr Watson has now uploaded the footage of the bizarre crime on YouTube and is
offering a £10 reward to anyone who can give him the name the “scumbag chav”.

The dad-of-one said: “It’s comical, they have no value whatsoever and one of the bins was empty, I just think he’s a mindless idiot but he’s so blatant.

“I can only think he doesn’t have any bins himself.

“I don’t recognise the man and have never seen him around before.

“But this area has really suffered recently from anti-social behaviour and people have been running round wild. 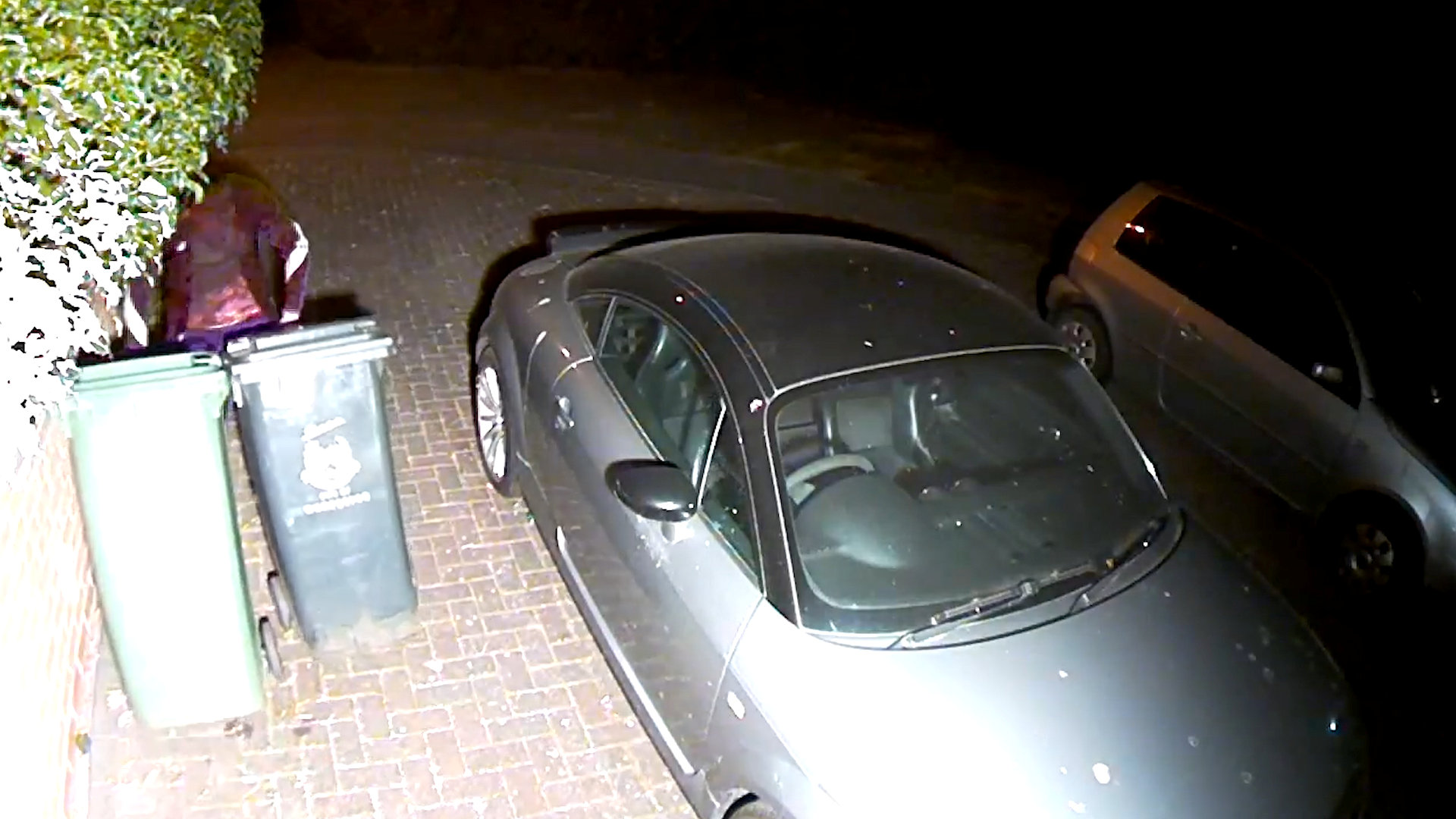 “About a year ago we were burgled. They did a smash and grab and stole a computer by the window.”

“I was shocked when I saw the CCTV.

“The council are going to replace the bins and I reported the thefts to the police.

“He dumped the some of the rubbish nearby and gone off with the bins.

On the grey bin that was stolen was a Vespa badge, while on the other there was a chrome GB badge.

A Worcester City Council spokesperson said each bin is worth £15.20 and West Mercia Police have issued an appeal for information on the man.