A couple who believed they would never conceive and adopted six children were stunned with a miracle natural pregnancy that completed their family.

Christy Baxter, 34, and husband Sean, 40, were devastated when she was diagnosed with polycystic ovarian syndrome (PCOS) in 2005.

Doctors discovered that Christy, a fifth-grade teacher, was not ovulating and the couple believed their dream of having a large family was slipping away.

Christy and Sean, an IT manager, were not in a financial position to try IVF, but their desire to become parents encouraged them to open their home to children in need as foster parents.

The couple were thrilled when their caseworker asked them if they could take on siblings Hunter, now 15, and Alexia, now 16 (then four and five), in December 2006.

Christy and Sean, of Valdosta, Georgia, instantly fell in love with the children and officially adopted them in June 2007.

The family was to grow even bigger when the loving parents fostered siblings Jacob, 16, Cassadie, 14, Michael, 13, and Anna, 12, in December 2007 and officially adopted them six months later.

Christy had the large family of her dreams, but she still dreamed of being pregnant and desperately felt like she was missing out on an experience.

The couple explored a number of options including IUD, artificial insemination, medication and trigger shots but nothing helped Christy become pregnant.

But in 2012, the teacher’s doctor placed her on the drug Femara and the couple were thrilled to discover they were expecting their miracle baby in May 2013.

Christy said: “My husband and I always dreamed of having a big family from very early on in our relationship and after we got married we tried for a year without success.

“My hair began to fall out and I was gaining weight and I decided to get myself checked out.

“That’s when I was diagnosed with PCOS which was devastating for us.

“I wasn’t ovulating. We weren’t in a spot where we could explore IVF but we tried so many over the counter treatments and they didn’t work.

“We decided to give it a break for a little while.

“Towards the end of 2005, I was working in the library one day and I came across a video of a little boy called Joshua who was in foster care and looking for a home.

“That completely broke my heart. It was then my husband and I decided to apply to be foster parents.

“Just before Christmas in 2006, our caseworker called and asked us if we could take on two siblings and of course we said yes.

“We first met Alessia and Hunter in a pizzeria and fell completely in love. We adopted them six months later.

“Even though my house was so full of children and I felt so privileged to be their mom, I still felt this emptiness.

“I still had this urge to be pregnant.

“We went back to our regular doctor and told him that we still had this desire to have a baby, but told him we didn’t think we had the means to put the financial pressure of IVF on ourselves.

“We tried IUI and artificial insemination, shots and medicines but nothing worked. 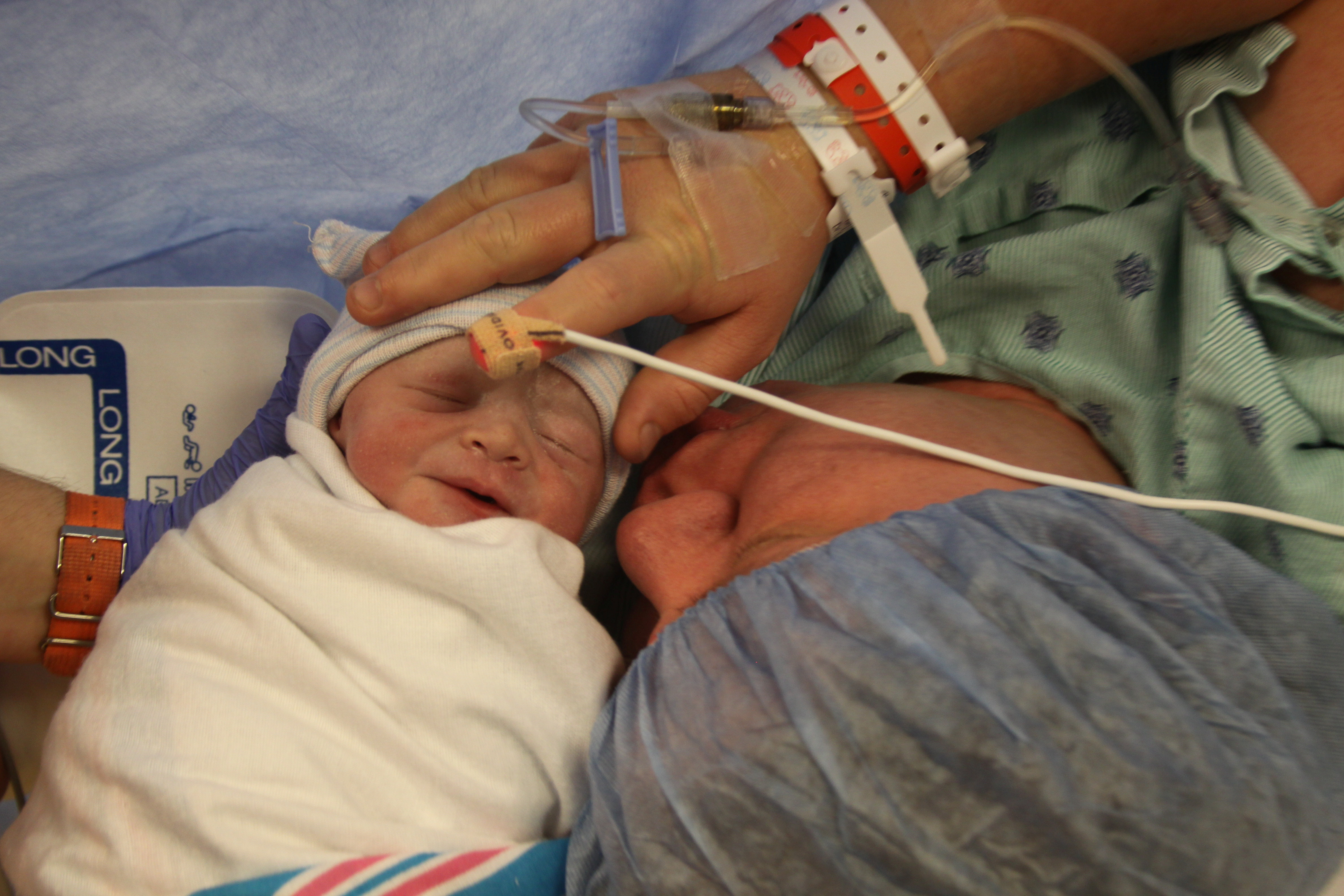 “As a last chance, my doctor put me on Femara and just told me to try and relax and enjoy the time with my husband which I did.

“As much as I longed to be pregnant, pregnancy was not what I imagined it to be. It was a difficult time.

“I had extremely high blood pressure and I was diagnosed with pre-eclampsia.

“I was so swollen on the left side of my body I lost feeling in my fingertips.

“Although she was due at the end of January, my doctors believed they would be putting her life at risk if they didn’t deliver her on New Year’s Eve.

Kinsley was diagnosed with posteromedial bowing of the tibia a condition which meant she was born with her toes touching her knee.

However, Kinsley, now four-year-old, was fitted with a brace to help rectify the problem and is now thriving.

Christy said: “Having this large happy family has felt like such a blessing and Kinsley really completed the puzzle.

“We’ve talked about adopting again who knows what the future holds.

“Our life is crazy, there really never is a dull moment.”