Courtney Day surprised her colourblind husband Joshua day with special glasses the help him see colours on their wedding day.

Viral footage shows the moment a groom saw the world in full colour for the first time on his wedding day – after his bride surprised him with specialized glasses.

Colourblind Joshua Day, 30, said everything looked “sort of dull” before he tried on the Enchroma glasses and that they have been “life-changing”.

The shades, which cost around $300, contain optical filters to remove slices of light to enhance the vibrancy and saturation of certain colours.

Joshua’s bride Courtney knew she wanted to surprise him with a pair and was biding her time waiting for the perfect moment – their big day.

Heartwarming footage which has been viewed 24,000 times on Facebook shows the heating technician unwrapping his gift shortly after the couple tied the knot on January 23.

Hair stylist Courtney said she wanted the first thing Joshua saw in full colour to be her in her wedding dress, but hilariously he tells her: “You look the same.”

However he’s still overwhelmed by the effect of the glasses – and is left virtually speechless as he points at the grass and looks around him.

The newlywed has worn the glasses every day since he first tried them at the Charles Towne Landing in South Carolina, US, where they had their wedding photos taken.

Joshua, of Charleston, South Carolina, said: “I had heard about glasses that would reverse colour blindness but I just thought it was a gimmick. I was blown away.

“It was life changing. For me, I’ve always had trouble seeing the difference between green, tan, brown, red, orange and being able to perceive different shades of blue.

“The only way I can explain it is that they had always seemed like different shades of the same colour.

“After looking through the glasses, I could see that not only was green different from brown, tan, red and orange but that there were many shades of each of those colours and the difference between those colours was obvious.

“They make me better at my job because I have to use multi-strand wires at work.

“I have to make an educated guess most times as to what 50 per cent of those wires are based on their colour. It’s like working with one hand tied behind your back. I

“On January 23rd, my world changed, but the way I got to see it also changed forever.”

Courtney added that she will “remember the moment forever”.

She said: “When I first heard about the glasses I knew I wanted to get them for him and when we got engaged I decided to give them to him on our wedding day.

“I ordered them and he had no idea.

“I knew he was going to be shocked. I wanted it to be a special gift that he would remember so I wanted him to see me in my wedding dress.

“He absolutely loved them. We went up to the mountains the day after our wedding and he just was so amazed by them.

“We will remember that moment for the rest of our lives.” 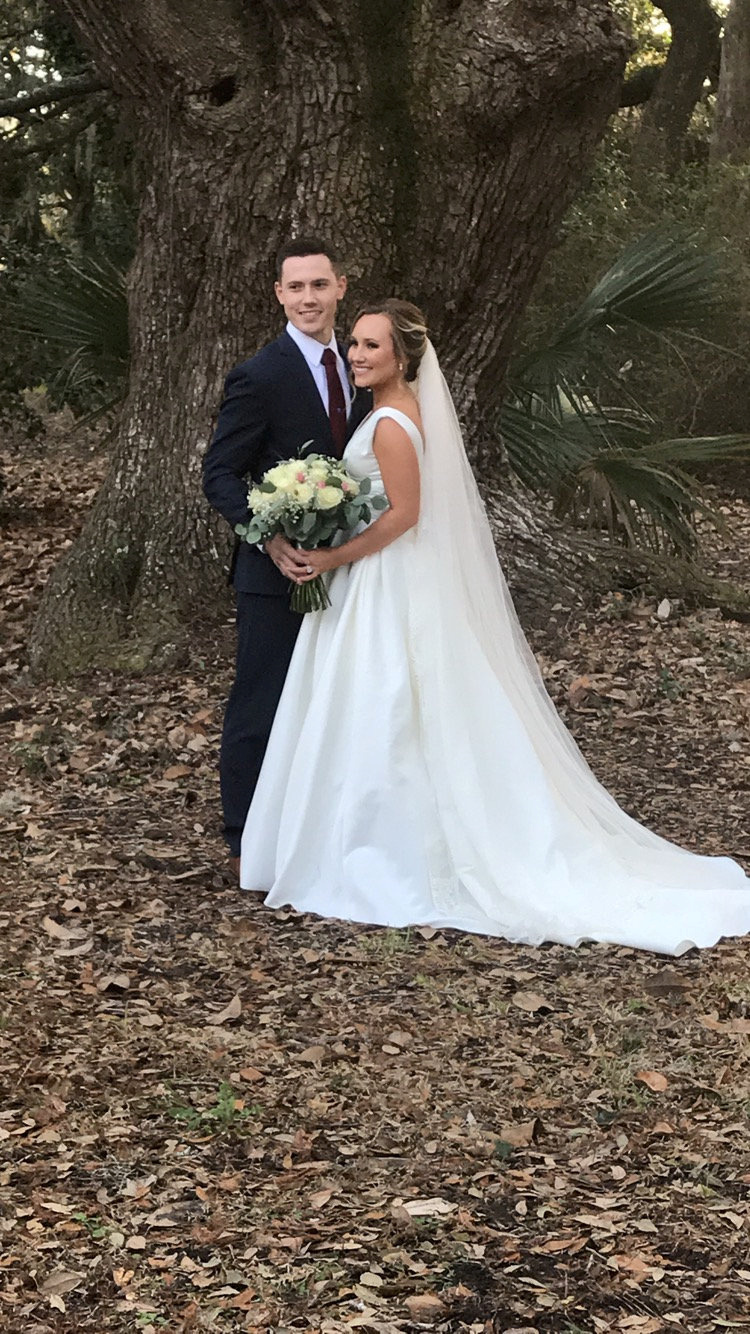 Around 300 million people worldwide and 13 million in the US are colourblind – approximately one in 12 men and one in 200 women.

Enchroma glasses don’t provide a cure for colourblindness or “fix” it, but they enhance the range of hues that colourblind people see.

They work for four out of five red-green colourblind people and help establish a more accurate ratio of light entering the three photopigments in the eye.