David Williams-Wynn, 79, has been driving the Guildford town’s residents and visitors for 44 years but his long career is set to come to an end, due to the council saying that they are going to revoke his licence due to taking part in a protest.

A cabbie who has been ferrying passengers for over 40 years has been ordered to hand over his taxi license – for driving too slowly.

He was campaigning against a council decision to cut cab fares by 16 per cent when he joined colleagues and drove at minimal speeds around the town centre’s one way system in March.

David is chairman of the Guildford Hackney carriage association and has been campaigning against the cuts since it was announced in June 2013.

It was sent for judicial review but Guildford Borough Council won the High Court challenge in December last year.

At a protest last month, around 30 drivers, including David, staged a protest by driving slowly around the town centre’s one-way system.

David is also accused of obstructing traffic by parking his car on double lines and getting out the vehicle.

He claims he was helping signal his colleagues to drive single file so they did not block the entire traffic flow across three lanes.

The father-of-five received a letter this week saying his Hackney carriage licence will be revoked as a result of the traffic offences and his ‘unprofessional’ conduct.

David said: “I organised a protest in the town centre which was successful in one way and not in another.

“They are accusing me of all sorts of things – disrupting the traffic, getting out of my vehicle. Because they have CCTV cameras.

“It’s a long bit of paper. What they are accusing me of, it’s six pages long.”

The letter cites David’s ‘unsuitable manner towards the council’ which his ‘indicative of his potential manner to members of the public’.

The Guildford Hackney carriage association and the council also clashed earlier this year when the authority ordered that taxis be covered in a turquoise plastic sheeting.

It is believed all drivers were forced to pay £1300 to have the compulsory covering fitted. 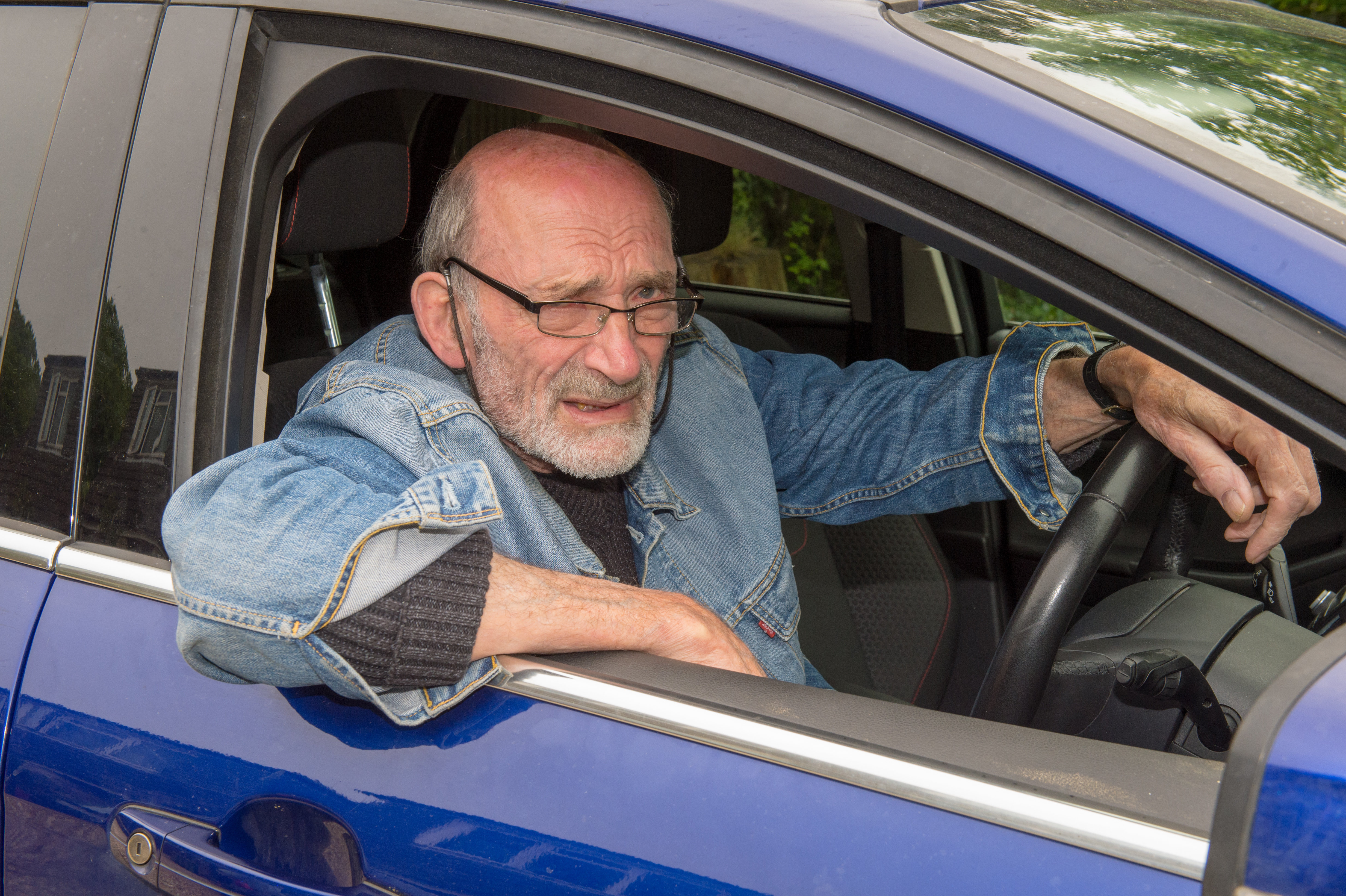 Mark Rostron, ex-chairman of the association, was suspended for two months after refusing to shell out.

David, who turns 80 next year, shares the cab with his son and only works on the weekend, and says he has had to carry on working to keep up with his growing family.

He said: “I have only got a state pension and another little pension.

“I could probably just about retire but I wouldn’t be able to eat, and I think ‘what would I do if I retire?’

“I do gardening, I’ve got a dog. Getting out to work just a couple of days – it’s better.

“It’s something I want to do. I see all the bits of the world I want to see. I’m quite happy really.”

Daughter Lynda Stewart said: “It’s not a nice way for him to go out. Putting in those many years, I think the council have been a bit cruel to him just because he fights for what he believes in.”

The council said it could not comment on whether any fixed penalty notices would be issued in relation to the traffic offences.

A spokesperson for Guildford Borough Council said: “The Council is aware that a number of taxi drivers took part in a protest with their vehicles on Tuesday 27 March in Guildford town centre.

“Whilst we acknowledged their right to peacefully protest, we investigated to determine whether any offences were committed, and liaised with Surrey Police where necessary.

“As part of the investigation the Council considered if conduct of this nature, including preventing other road users from using the highways, was compatible with the relevant ‘fit and proper’ legal requirements.

“The outcome of the investigation was that disciplinary action was taken against drivers, who fell short of the Council’s high standards for professional licenced taxi drivers who transport members of the public.

“As this is an ongoing matter we cannot comment any further on the details.”