Speechless boyfriend flew over a huge proposal written out in giant letters.

This is the moment a man was left speechless after he flew over a huge proposal written out in giant letters on a field – and then realised it was for him.

James Bills, 26, often takes to the skies with pilot boyfriend Tom, 30, but was gobsmacked when he spotted the words “Will you marry me?” below.

It wasn’t until Navy seaman Thomas took their monoplane through a sudden sharp turn over the field he also saw him name ‘James’ in huge white lettering.

Choking back tears, the marketing worker James managed to blurt out “yes”, before giving Thomas a kiss while flying over Devon.

It took Thomas three days to assemble the giant message – made from plastic sheets – with the help of family, who were waiting to congratulate them when the landed. 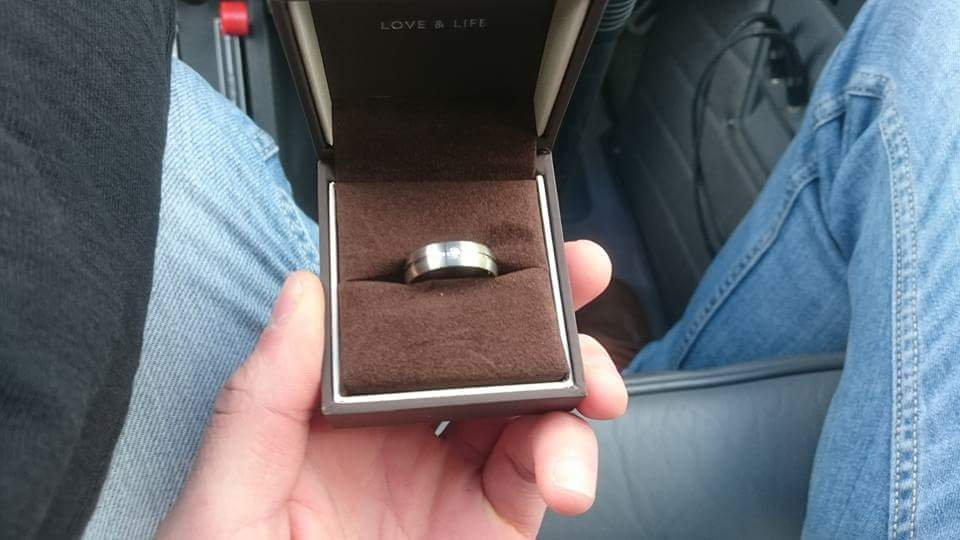 Smitten James from Brixham said: “When the plane levelled out and I saw the field, I just thought ‘oh, that’s such a nice idea. What a nice thing for someone to do’.

“Then after a bit I was like ‘hang on a minute, that’s my name in big letters! Oh my god are you kidding me?'”

“I started crying. I had to cut that bit out of the video.

“We just went off flying for the day. We fly a few times a month. Tom has had a pilot’s licence since he was 17. It’s completely normal for us.

“As soon as we landed, I saw one of my friends cars parked up on the airfield and then all my friends and family ran out of the aircraft hanger.

“It was so overwhelming. It was ridiculous.”

The proposal was weeks in the making, with Thomas building a miniature model of the al fresco artwork in the couple’s home in Brixham while James was at work. 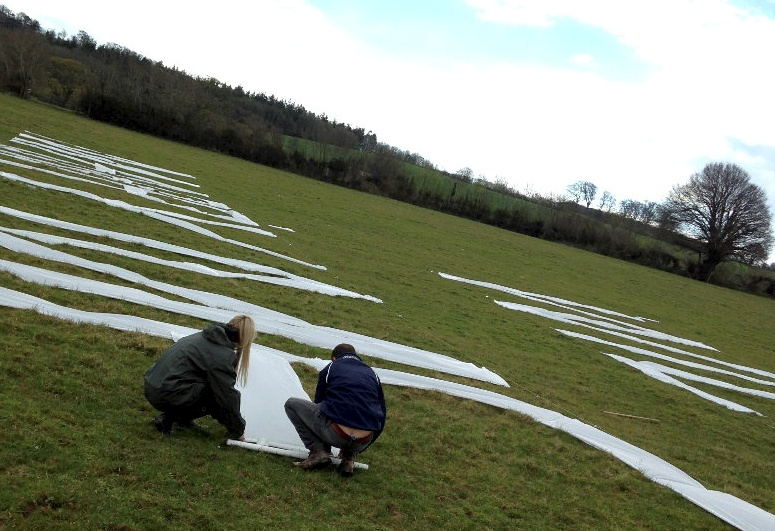 It took a full three days for Thomas to assemble his gigantic romantic gesture with the help of friends and family.

“That field is on the right hand side as I come home from work. How I didn’t see it I don’t know. I suppose I can’t see through hedges,” said James.

“Brixham is a small town where everyone knows everyone.

“Normally people take photos of things happening and it ends up on Facebook anyway. But this I had no idea.” 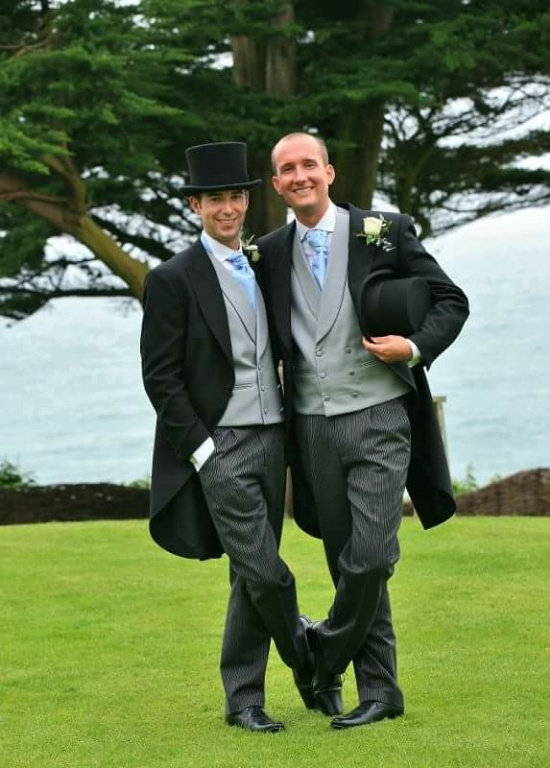 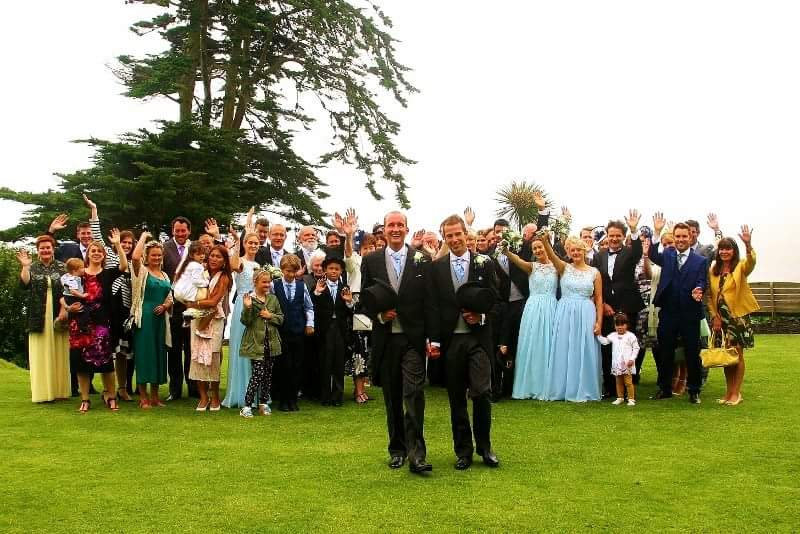 The proposal in the couple’s 1970s Robin DR400 plane happened in April 2016, with the couple marrying at Polhawn Fort, Cornwall, recently.

Thomas, a merchant seaman in the Navy organised yet another surprise for James on their wedding day – this time an air show that flew in over the cliff’s edge.

“We got engaged in a plane so it was only fitting for the wedding itself. It was gorgeous,” said James.