Keith Limbert from Garforth, who has passed his driving test aged 79, after his wife Anne was ill.

A besotted pensioner passed his driving test so he could “chauffeur” his stroke-stricken wife to hospital – at the AGE OF 79.

Anne, who has difficulty walking and uses a wheelchair, was left unable to drive and the couple had to rely on lifts.

But smitten Keith took the unusual decision to take up driving in order to chauffeur his beloved wife to hospital and out for day trips.

He spent a “fortune I don’t have” on a total of 40 driving lessons over the last 10 months before he finally passed at the third attempt in January this year.

The move came after Keith had been driven around by his doting wife, who passed her test in 1972, for the majority of their 58-year relationship.

Keith, who survived colon cancer, said he had taken one or two driving lessons when he was 25-years-old but soon gave up – before restarting more than 50 years later.

He takes Anne out every day in his automatic Vauxhall Corsa to have a coffee and a scone, either to a garden centre or somewhere they can “watch the world go by”.

His new licence also means he can drive Anne too and from hospital – where she is treated for breast cancer after being diagnosed for a second time 18-months-ago.

He said: “I decided to start the lessons after my wife had a stroke which she has still not fully recovered from.

“I had a few lessons a couple years ago but it was all getting a bit much as I was caring for Anne full-time and I put them on hold again.

“About 10 months ago I started the lessons again with a brilliant instructor called Andy Walker and I passed my test on the third attempt.

“She would take me to race meetings and that meant I could have a drink… or two.

“I was chauffeur driven to be honest.

“She has looked after me long enough and I think its about time for me to look after her now. I owe her.”

“I was quite annoyed because it was money I didn’t really have but thankfully I passed in the end.”

The outgoing pensioner also defies his age by visiting the gym and swimming three times a week.

He lifts 60lb weights and rides for seven miles on an exercise bike on his trips – and said age doesn’t limit what he can do.

“I don’t think what I have done is unusual at all but I keep being told that it is.”

Anne, a retired school cleaner, is fighting breast cancer for a second time after first being diagnosed with the disease in 1998.

Keith said he often takes her out for food – but the most important thing is to be able to go “anywhere where life is going on”.

He added: “I take Anne out every day to have a coffee and a scone, either to a garden centre or somewhere else.

“We would go stir crazy if we were stuck in the house all week.” 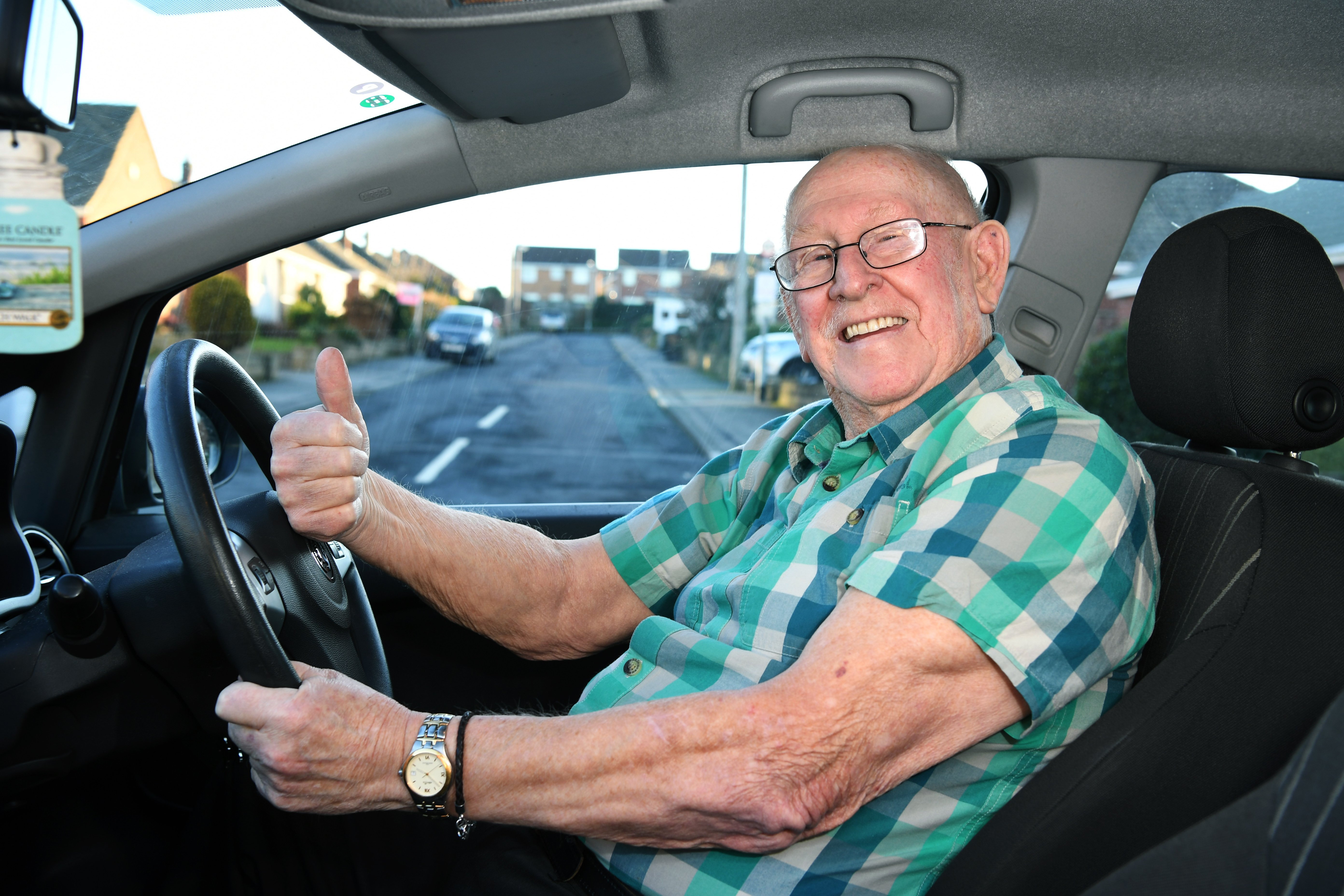 Keith, from Leeds, West Yorks., said he had taken one or two driving lessons when he was 25-years-old but soon gave up before restarting more than 50 years later.

He said: “It didn’t interest me at all so I called it a draw.

“I never fancied it to be honest. I never took to it at all.”

The couple, who have three children and three grandchildren, are now enjoying a “new lease of life” according to their eldest daughter Shelly Bennett, 54.

She said: “My mum used to chauffeur him around but after she suffered a stroke she stopped driving.

“I told him he needed to take his test – it was either that or catch the bus with a wheelchair.

“He is fit and healthy and quite capable and we are so proud now he has passed his driving test.

“After mum’s stroke things changed for everybody.

“Now dad being able to drive has given them a new lease of life.”