Meet Clara and Cutler - the super sweet best pals who help one another through the ups and downs of life with Down Syndrome.

Meet Clara and Cutler – the super-sweet best pals who help one another through the challenges of life with Down’s Syndrome.

The two-year-olds have been inseparable since Clara’s mum Lana Beaton, 39, and Cutler’s mum Amy Sanders, 43, brought them together when they were a few months old.

Amy, a school teacher, and stay-at-home mum Lana knew each other growing up in Grand Forks, North Dakota, but were never close friends until they both welcomed children with Down’s Syndrome within months.

Mum-of-four Lana, who gave birth to Clara in November 2015, sent Amy a Facebook message after she heard from a mutual friend her son Cutler, born in February 2016, also had the condition.

The parents arranged to meet in a local Starbucks in April 2016, where Clara and Cutler hit it off and the toddlers have been best buddies ever since.

The incredibly cute pair spend at least two days a week together and share their physical, occupational and speech therapy sessions.

The mums say bubbly Clara has a positive influence on Cutler, who is a little shy, and is one of the only people who can bring him out of his shell.

The pair love playing tag, watching movies and getting up to mischief together.

Lana said: “Amy and I knew each other growing up – our parents were good friends.

“However, we never really ran in the same circles and as we grew up we lost touch.

“A friend of mine came over to see Clara one day and she told me that she was certain that Amy had just welcomed a little boy with DS.

“After I found out at 20 weeks that Clara had DS, I joined a lot of the local groups in our area.

“I thought my connecting with Amy we might be a good support for one another.

“I sent her a sensitive message asking her if Cutler had an extra chromosome like Clara and Amy wrote back within an hour.

“We met up about a week later in a local Starbucks and we really connected.

“We laid the babies out on a blanket and they started touching each other – you could see that there was a connection there between them.”

Amy said: “It was really amazing to connect with Lana because she’s such an amazing advocate for Down’s Syndrome.

“We first met up at the bookstore and we brought the babies with us.

“Lana is such a calming and confident person and became a great support to me. We arranged some playdates for them both the rest is history.”

“Clara is very outgoing and she will tell you what’s what! Cutler is shy and reserved.

“He admires people from afar but he’s definitely more cautious than Clara.

“We try to have playdates as often as we can and they have their speech and occupational therapies together twice a week. 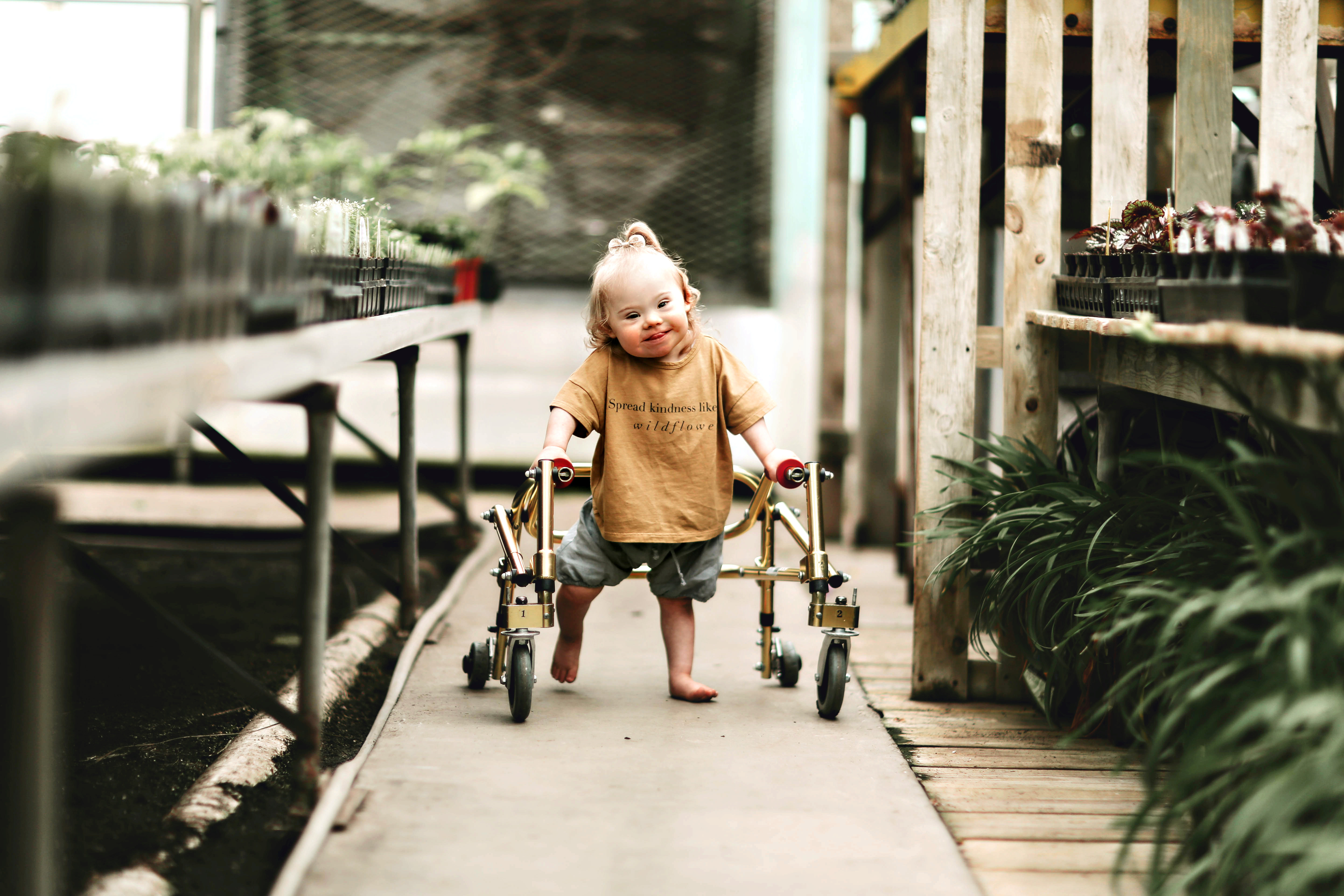 Despite her big personality, Clara has faced many medical setbacks

The toddler underwent open heart surgery when she was just three months old and as a result she is fed through a G-tube in her stomach.

Clara also lives with Hirschsprung’s disease, a condition that impacts the nerves in her colon making it difficult to pass stool.

Although Clara is always in and out of hospital, her mom Lana says she loves watching videos of Culter from her hospital bed.

“You wouldn’t think it from her personality, but Clara is a medically fragile child so we are always in and out of hospital.

“But they stay in touch with videos which is great.

“When they are together they have such fun, they chase each other and watch movies – right now Clara is obsessed with High School Musical.”

Cutler’s mum Amy said: “I think Cutler has an amazing ally in Clara and we know they’ll be a great support for one another growing up. They make my heart happy.”

The mums teamed up to create a blog ‘Clara & Cutler’, which they hope will provide a platform for other parents raising children with Down’s Syndrome.

“The blog has been such a great way to network with other parents and we love keeping everyone up to date with Clara and Cutler.

“They’re just such a great team, I think we all feel very blessed and lucky that they’re in our lives.”