Christine Wilson, 22, with Brooklyn, 6 months who were thrown out of McDonalds for breastfeeding.

A new mum was left in tears after she was banned from breastfeeding her baby in McDonald’s – and told to take the tot into a public TOILET.

Christine Wilson, 22, had gone into the fast-food restaurant in order to discreetly feed her seven-month-old son Brooklyn when he started to cry.

But she was ordered out by staff who instead told her the only place she could breastfeed was in the public loos in a shopping centre.

Christine has blasted staff and says she felt “victimised” by the incident which happened in the West Orchards Shopping Centre in Coventry on March 29.

The carer, of Canley, Coventry, said: “I feel scared to go out on my own with little Brooklyn now – I’m a young mum and feel very vulnerable whenever I have to breastfeed in public.

“Over the last few months, I’ve had really problems feeding in public. I’ve had all sorts of comments from passersby, telling me to cover up, calling me vile and saying I’m a bad mum.

“It really affects your confidence, especially when it’s your first child.

“I was doing some shopping on the day in question, and wanted to go and have a bite to eat in McDonald’s.

“As soon as I walked in, Brooklyn started crying his eyes out, he was desperate to be fed.

“I went up to a member of staff and asked where I could go to feed him.

“I was told the only place that I could go was the shopping centre toilets – it was horrific.

“Who in their right mind is going to feed their young child on the toilet? It’s so unsanitary.

“I went to the fifth floor to speak to management, and explained my situation to them.

“Again, the response was that I had to go to the toilets and be discreet about it.

“I asked him how he would feel about eating food whilst sitting on the toilets, and he said that would be disgusting – even though that’s effectively what he was telling my son to do.

“As I left the office, there was a woman on reception who was looking right at me, and started laughing.

“The whole experience left me feeling incredibly embarrassed and victimised.

“In the end, I had to feed him on a spare table by the escalators, which was utterly humiliating. 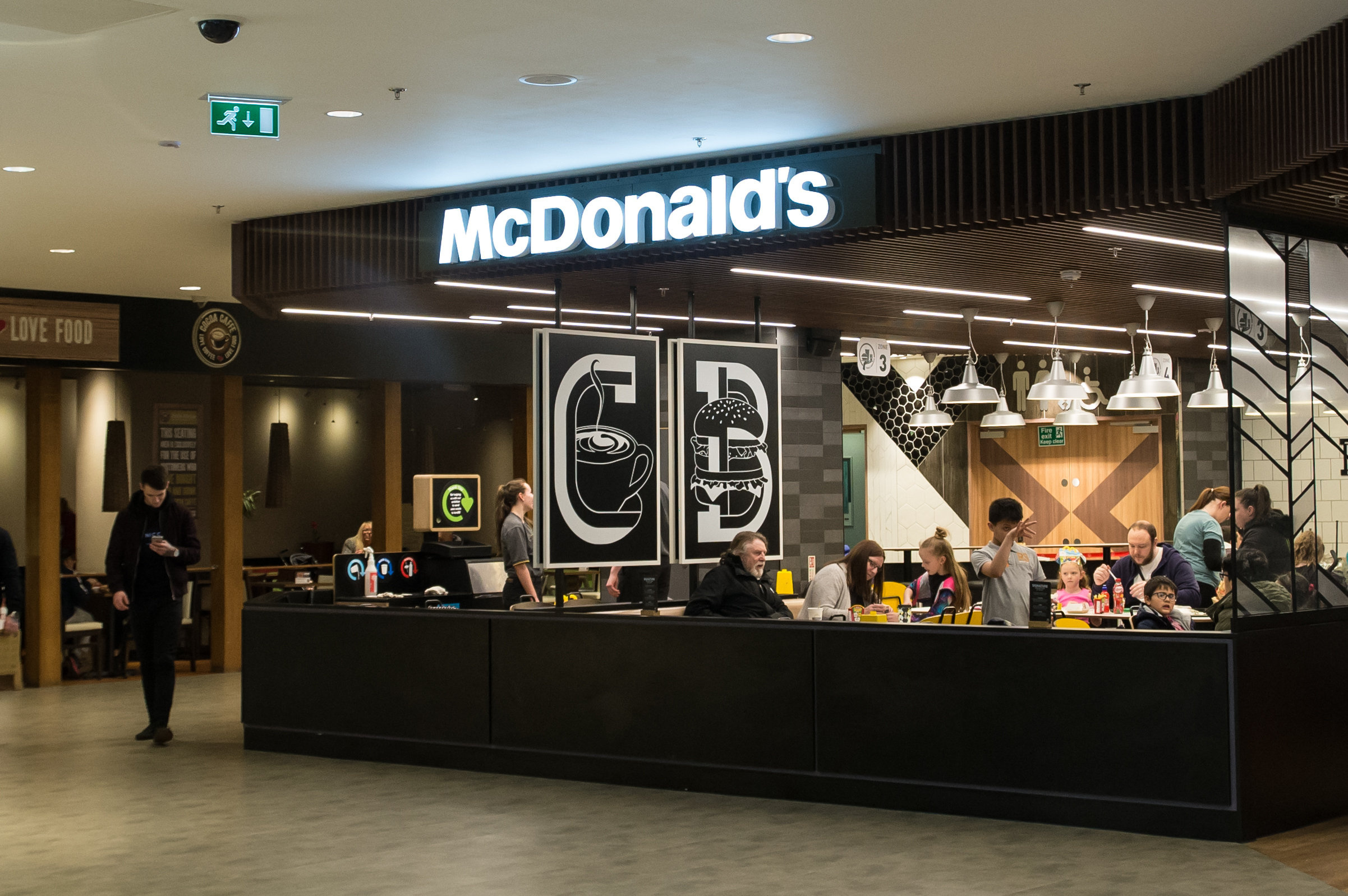 “My confidence had been shattered in the first place, but to have to sit there as people went up and down, staring at me, was horrific.

“I came home in a flood of tears, and had to finish feeding Brooklyn back at home.

“I’ve not been back to the shopping centre since, and I can’t see why I would do. I take Brooklyn everywhere with me, so if there’s nowhere to feed him then it’s just going to make life a nightmare.

“I find it baffling, because recently the shopping centre has been renovated.

“It’s 2018, so the fact that they haven’t thought of installing a discreet breastfeeding area is baffling.”

A spokesperson for McDonald’s said: “As a family restaurant we aim to create an atmosphere in which anyone breastfeeding feels comfortable, and customers are welcome to breastfeed in our dining areas.

“If someone wants a more private area then we suggest that they speak to our team who will see what they can do to help.”

A spokesman for West Orchards said: “The lady managed to speak to the Duty Manager on the day who logged her complaint and explained the situation.

“West Orchards indeed has a breastfeeding area, which is completely private and available to customers in the location of the ladies toilets on level 2.

“As a centre, we welcome breastfeeding mums and have absolutely no issues with those who choose to breastfeed outside the dedicated area.

“The centre offers a number of locations where a new mum can sit down and breastfeed her child.

“However, the seating in Canteen belongs to each individual operator who has their own policies so it’s always best to check in advance.”