Caley, a photographer with Down Syndrome turned her lens towards others with the condition in a bid to shine light on their lives - and prove they're just like everyone else.

A photographer with Down’s Syndrome turned her lens on other people with the condition in a bid to change the way the world views them.

Caley Versfelt, 26, captured the beauty and spirit of young men and women who were born with the genetic disorder, caused by the presence of an extra chromosome.

While Down’s Syndrome causes developmental and intellectual delays, many people who have it are high functioning and play a vital role in their community.

Caley – a pageant queen, public speaker, poet and rights activist who has always had a passion for photography – made it her mission to document that in her photo series.

The project featured a dancer, an actor who owns his apartment, a practicing Buddhist who greets customers at a jean store, a writer and a restaurant host who loves making candles.

The subjects, who ranged in age from high schoolers to people in their late 30s – were all partaking in a dance class organized by the Down’s Syndrome Association of Orange County in California.

Caley’s captivating photos, which dispel the myth that people with disabilities cannot have a high quality of life, were showcased on World Down’s Syndrome Day.

The photographer, of Manhattan Beach, California, said: “People assume I can’t do things but I prove them wrong because we have abilities like everybody else.

“I have a really good eye for photography. I see something and I take a picture of it so I can share it with my family. It’s a way to express myself.

“I’m someone who is very likable so they didn’t mind if I asked them for a photo. It is really easy – I put them at ease.

“It is all about being patient so that is what I normally do. I make sure I have a good angle and take the picture there.

“With my photos I want to promote acceptance and inclusion and that we have lives and desires and hopes too.

“Down’s Syndrome is our ability, not our disability.” 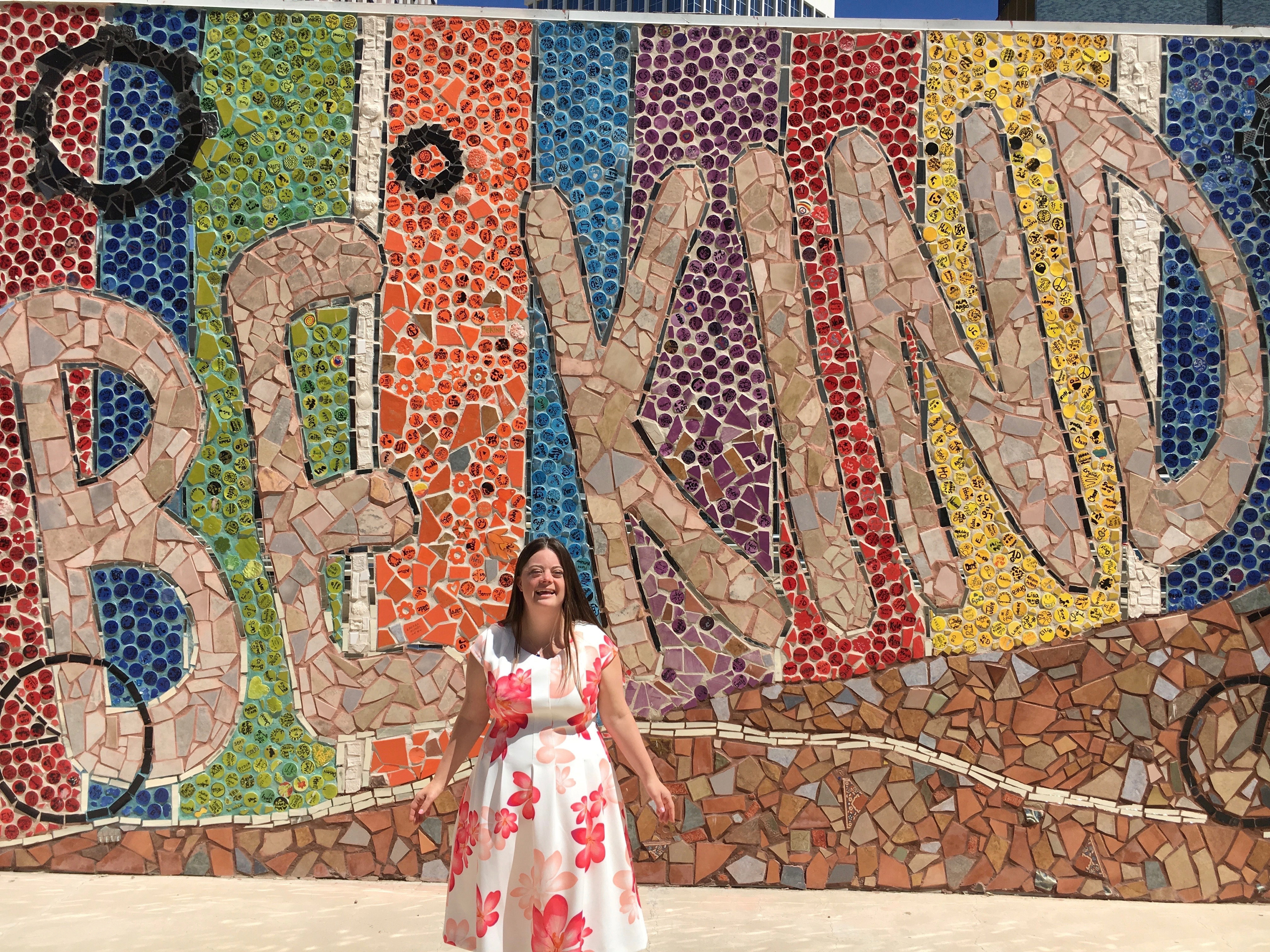 Her mum Shail Versfelt, 59, who works in the entertainment industry and is married to Tom, VP of North America sales for Epson, said: “Caley has a lot of heart and compassion.

“She wants the world to see people with disabilities as having abilities.

“Just because someone has special needs doesn’t mean they don’t have a good caliber of life.

Caley was approached the take the photos by Miss Amazing, an organization which runs pageants highlighting the strengths of girls and women with disabilities.

She was crowned this year’s California Miss Amazing and will represent the state in the national final this August.

Jordan Somer, the pageant’s executive director, said: “It’s incredibly important that women with disabilities are the ones leading conversations about their lives and experiences.

“As we were making plans to observe World Down’s Syndrome Day, we knew that we wanted to show how people with Down’s syndrome make meaningful contributions to their communities.

“We thought, ‘Who better to share this message than Caley, a well-connected woman with Down’s syndrome who is also a talented photographer?’ It was really a no-brainer.”

“Caley clearly has an ability to draw out and capture her subject’s personality.”

To find out more, visit https://missamazing.org/

Man proposes with his children wearing t-shirts spelling out ‘will you marry daddy?’

Man proposes with his children wearing t-shirts spelling out 'will you marry daddy?'