Wish you were here! – Cleaner who was given £1,500 by Bristol University students to visit family in Jamaica shares holiday snaps

by Claire Anderson
in News
0

Herman Gordon and his wife Denise on their holiday in Kingston, Jamaica.

A university cleaner left in tears after big-hearted students raised £1,500 for him to visit family in Jamaica is enjoying the sunshine and sharing treasured photos from the island.

But undergraduates at Bristol Uni treated Herman, who they described as the ‘epitome of happiness’ to a dream holiday.

Now Herman and wife Denise have shared snaps of their stay at the five-star resort in Montego Bay which they have treated as a belated 23rd anniversary.

The pair have so far enjoyed a massage and candle lit dinner at the resort and plan to visit Herman’s family in Kingston.

Arriving at the resort, Herman said: “God bless you all. Everybody will see this and think that I’m a trillionaire.”

Denise added: “I just wanted to say thank you to all the University of Bristol students for this gift that they have given to me and Herman.”

Herman, who has worked at Bristol University for more than a decade, has been described as “one of the most loved” members of its cleaning staff.

He is so well liked a group of students raised money to give him a holiday.

In July a viral video showed students handing an envelope of cash to the surprised cleaner who immediately begins to tear up.

He wiped away tears with a cleaning cloth and hugged the student who gave it to him.

Herman said: “I want to thank everyone of you and God bless every one of you.”

The group of students started an on anonymous fundraising page.

A post said: “The Jamaican cleaner in the med library is the jolliest man I have ever met, he makes me smile even when I’m in the deepest depths of revision or trying to be, if you wanna reason to smile go talk to him for a min or two.”

“Anyone who has been to the biomedical sciences library knows who Herman the cleaner is. Simply put, he is the epitome of happiness. 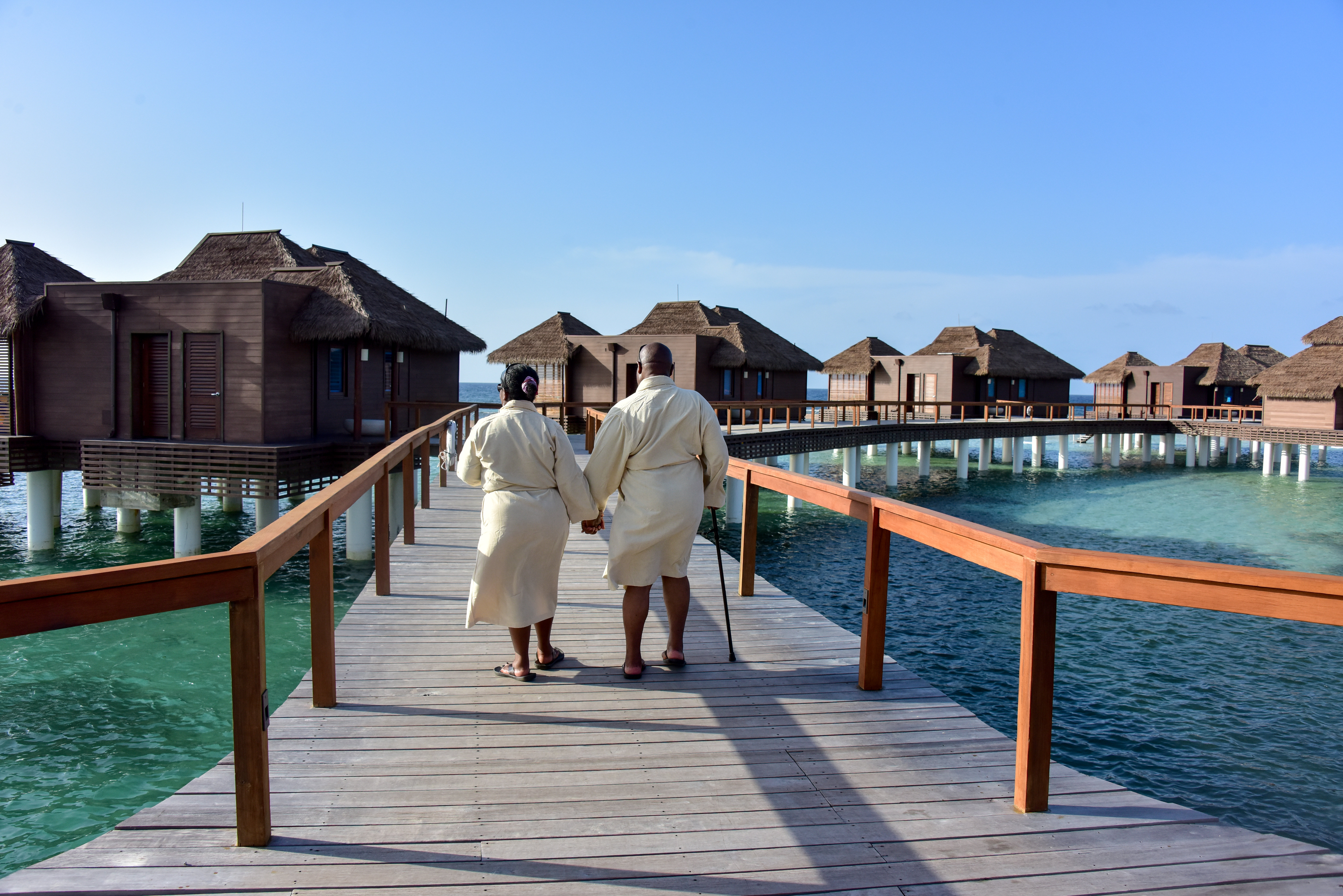 “All year round, this man works hours on end to provide us with a clean working space in which to study. But most importantly, his undying positive energy and chit-chat has managed to turn many students’ dark days into positive ones filled with joy.

“Whether you’re just feeling generally down and out or stressed out due to exams, Herman is always there to speak to you.

“This legend proves that happiness is not about what you own, what job you have or how much money you’ve got, but about appreciating what you currently have in life even if it’s minimal.”

“If you know him well enough, you’ll know he likes growing his avocado plants and that it brings him inner joy.

“This page is simply just to give back to Herman – in the form of providing enough funds so that he can catch a flight to Jamaica for a week this summer to see his family.

“So if your day has ever been brightened by this ebullient, inspirational man, then if you could spare a few pounds to help us get him a week off this summer then I’m sure he’ll be very grateful.”

The creators of the JustGiving page thanked everyone for contributing to the incredible gesture.