West Ham stars Joe Hart, Mark Noble, Patrice Evra, and James Collins took time out from the gruelling Premier League survival race to see if they could turn their hand to commentating instead. 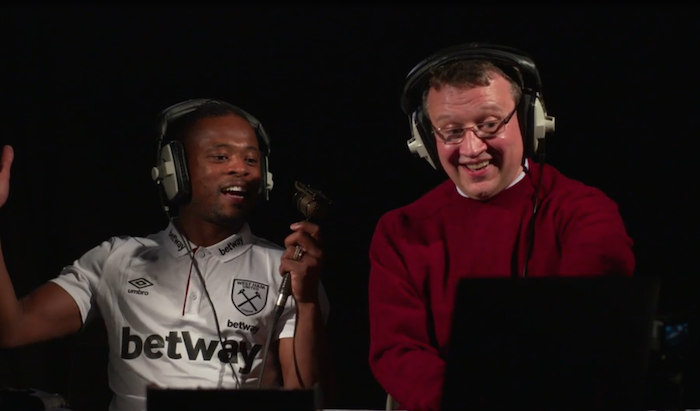 With the support of Betway, Legendary commentator Richard Hoiles gave the West Ham foursome a lesson in horse racing commentary ahead of the famous Cheltenham Festival, which starts this week.

The quick thinking Holies gave the Premier League players a crash course in commentary rhythm, conveying the excitement and, most important of all, accuracy.
Soon it was the player’s turn to have a go at commentating on a race, and the results were nothing short of hilarious.

Whilst some of the players fared better than others, one of they West Ham stars was a unexpected natural, earning some deserved praise from a surprised Hollies.

Watch the video in full below:

The Cheltenham Festival is now just days away, starting on the 13th March and concluding on the 16th March. A long time favourite with footballers and other sports stars alike, Cheltenham offers excitement and frivolity like no other race meet.

Such is the festival atmosphere of Cheltenham, some punters don’t even make it to any of the races, instead opting to enjoy the entertainment behind the stands!
Whatever happens, all of them will be looking forward to the infamous ‘Cheltenham roar’ at the start of the first race. 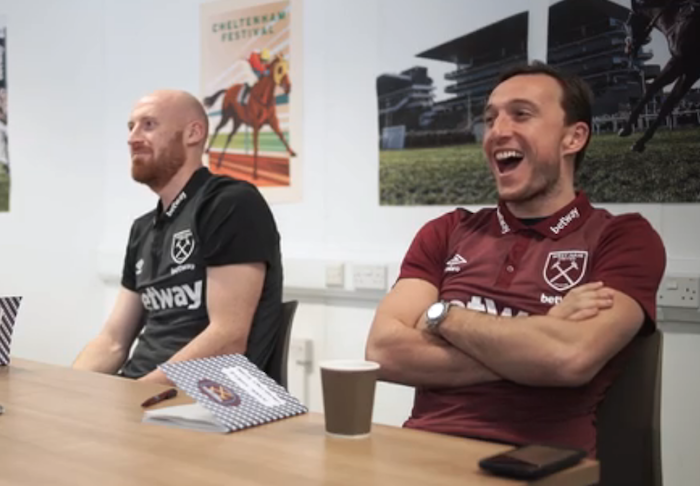 West Ham host Burnley tomorrow and will be aiming to get three points after consecutive batterings by Liverpool and the resurgent Swansea City.

Manager David Moyes will hope to get the season back on track after his positive start has stuttered in recent weeks. He’ll be looking to reach the 40 point mark sooner rather than later so that the players can really start enjoying themselves.

At least three of the players will need to put in a shift this weekend in order to secure their employment, given that they won’t be getting a job as a commentator anytime soon!

As mentioned, one of the players could be OK on that front, with a commentary job lined up for them already, but we won’t spoil the surprise. Watch the video and find out.

ANOTHER KIND OF KNOWING by JAMES CARRÉ-RICE