WATCH: Shocking moment illegal immigrants brazenly stowed away in the back of a van – while queuing outside Calais

A terrified teenager caught on video the shocking moment illegal immigrants brazenly stowed away in the back of a van – while queuing outside Calais.

The three African young men were caught on camera undoing the tarpaulin of the van before two clambered inside.

But they were caught when holidaymakers returning home alerted the driver who told police before the van entered the port.

However after a cursory look inside, the police were about to give up until the driver insisted they do a proper check.

Dance teacher Tilly Holliday-Morris, 19, was on her way back home to Herne Bay in Kent after ten days in the south of France when she captured the attempt of the illegals to smuggle themselves into Britain.

She was with her dad, step mum and step brother and sister when they were caught up in the sheer volume of holidaymakers returning before the start of the school year.

After a 12 hour drive, they were held in two lanes of traffic before they were able to check in at the port gates late on Saturday night.

She said: “We were before you actually get into the port, there was a massive queue for two hours before you get to security.

“It was hectic, we were not moving at all and were passing the time just talking to each other.

“Then my dad said look over there, people are undoing the ropes at the back of the van.

“There were three people trying to get in, but only two actually got in.

“They just ignored us. They just carried on brazenly doing what they were doing.

“They were then doing up the ropes from the inside to make it look like no one was in there.

She added: “As we pulled up to the van, they speeded up as if they thought we would tell the driver.

“We shouted to the driver ‘you have got people in the back of your van’ and he just said ‘don’t worry the police will sort it out.'” 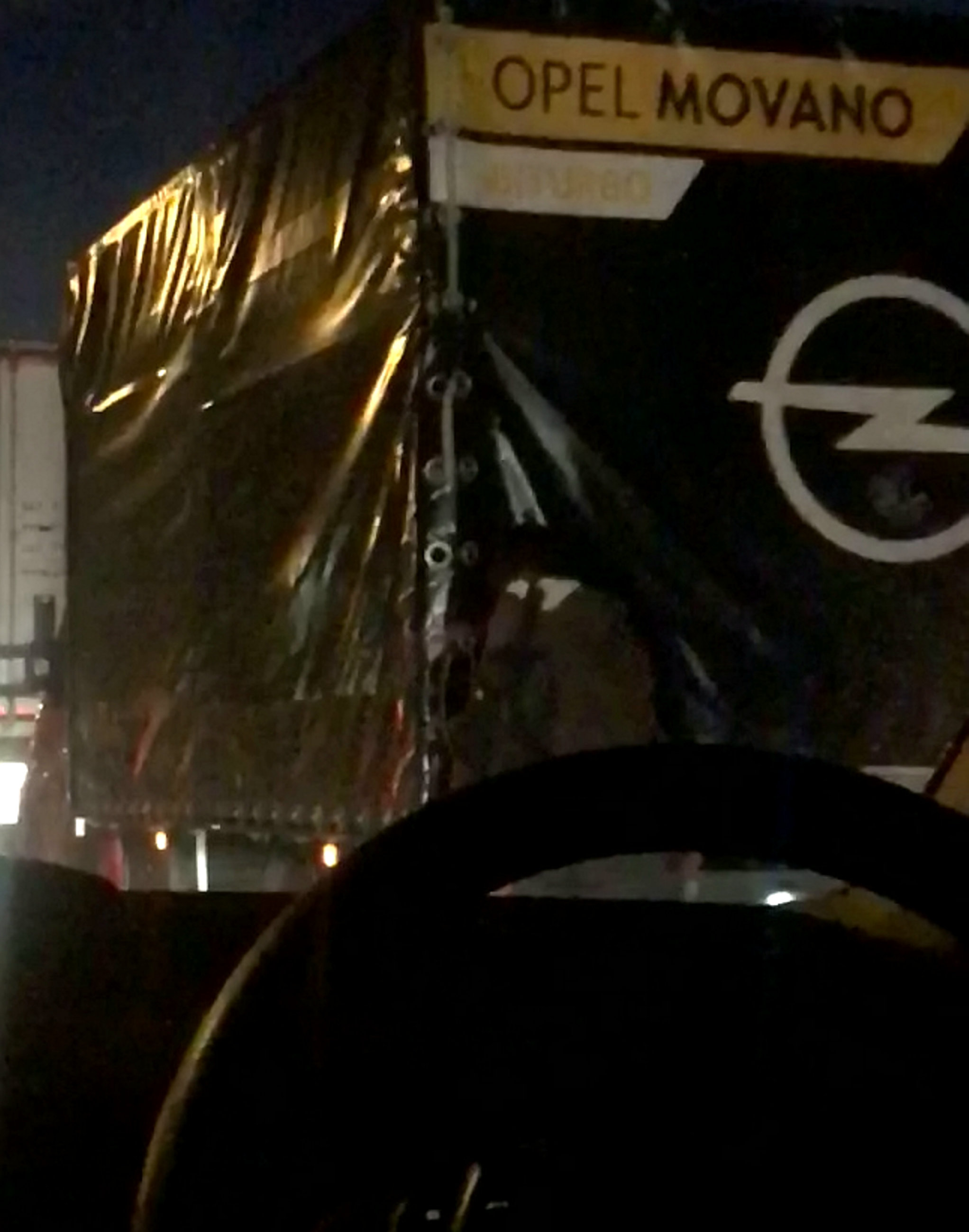 The third time they saw police at the back of the van and Tilly added: “They could not find them because they were hiding and they closed it back up.

“But the driver got out and said no there were people inside. they opened it up again and then pulled one and then the other out and just put them by the side of the road.

“By this point we were about to go through check in and they were just sat with their heads in their hands.

“We did not see what happened to them, we don’t know if they carried on doing it or not.

“You hear about it all the time but I never witnessed it before. It is quite a scary thought really.

“When we got to passport control, the man said it was the busiest day of the year.

“Probably when there are so many people there are not so many checks. So they were probably trying their luck.”