Sharon Baker with her Cockapoo dog Marley, who howls evertime he hears his owner say I love you.

This is the adorable moment when a DOG breaks into a song every time his owner says ‘I love you’.

Cockapoo, Marley has become a web sensation after his owner filmed him singing a high-pitched ballad.

Owner Sharon Baker couldn’t believe when she realised her pooch had these hidden talents.

Social worker, Sharon said: “We discovered it by accident and couldn’t believe it, I had to put it online and ask if anyone else’s dog does this.

“I didn’t even train him to do this. He is a very good singer I must say and a very bright cockapoo.

“It is so cute, I only have to say ‘I love you’ once to Marley and he immediately starts responding.

“It came out so well and nicely, I just thought I will have to share this online and see who else thinks its amazing.

“The singing he done in the video is actually quite gentle that time because I said I love you quietly.

“Sometimes it can drive people mad because he can sing so loudly.

“But if I lower my voice he will then lower his voice, he is very clever.” 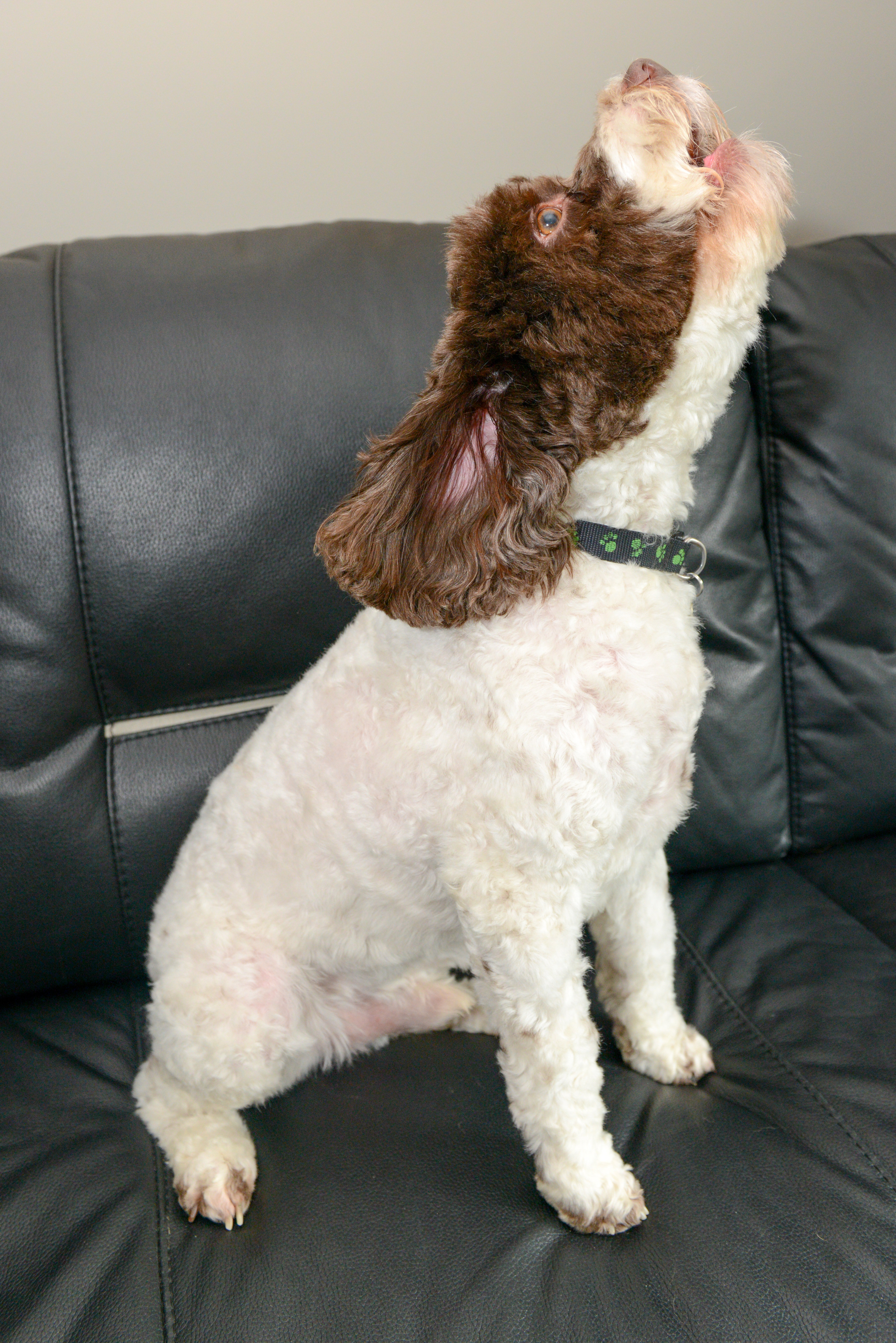 The affectionate pooch not only sings ‘I love you’ he give lots of kisses and is obsessed with humans – sometimes thinking he is a human himself.

Sharon, 59, said: “He has one very odd habit, he has got a tongue that will not stop licking people.

“I have to stop him because it can drive people mad, but they are always giggling away.

“He adores people visiting so he can lick them to death, he loves to have cuddles as well.

“And he absolutely loves his walks.

“He is the only dog I know when you take him into a field full of dogs, although he is quite happy to play with other dogs he seeks out the humans.

“He will lower himself and walks towards them in a way of saying are you going to be nice to me and then everybody just melts.

“Marley just loves people so much he is just really into people and gets so excited.

“He thinks he is a human, he gets so sad looking when I have to go out, he is like ‘I can come with you, I can drive the car for you,’ it is adorable.

“Marley does look like a little human as well with his colouring.

“It is his face along with his hair on top – he has the most expressive eyes.” 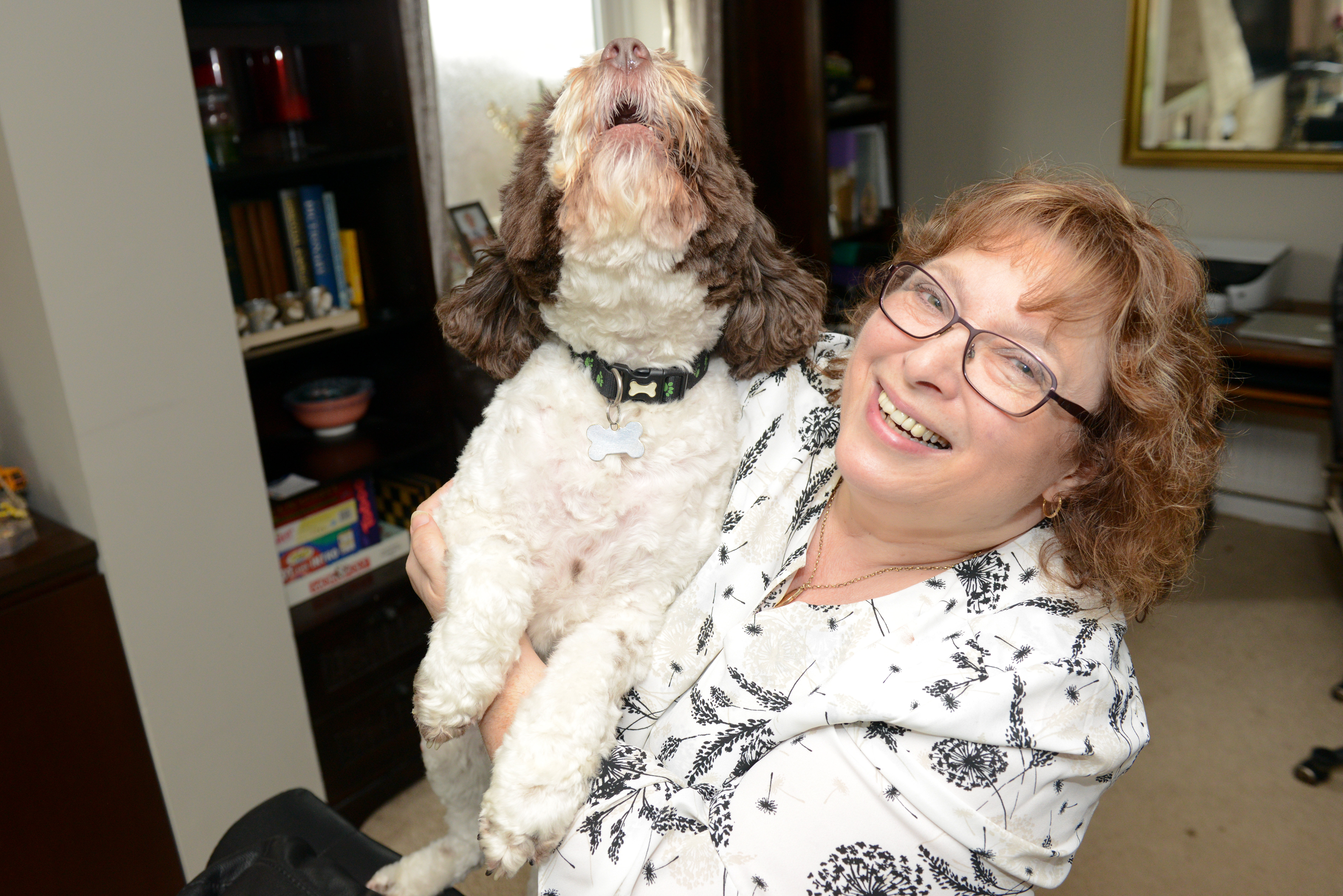 The beautifully groomed five-year-old pooch is not only an expressive one but is a two time medal holder for being the most handsome dog in Horley, Surrey.

Sharon said: “He won the most handsome dog in Horley two years running and won a rosette.

“He is very photogenic.”

But Marley doesn’t win gold for everything as his mischievous personality sometimes gets him in trouble.

Sharon said: “He let himself down at the obedient stage.

“Because it can be quite a long day, if you win affection you have to wait till this last bit.

“Which he always looses because he is not very good on the lead and he can be naughty.

“He just likes to go to the left and two the right and of course he likes to jump up if he thinks somebody is going to make a big fuss of him.

“So when we got to the last all round winners section he would have to pass the behaviour bit to win all together and my goodness he does not do well at that part.

“He is not the best at it but he doesn’t do anything awful thank goodness.

“But I might put him in this year again, I am sure he would do well if I did.”

Streets Are Paved With Sold: Estate agency sells £50 million of properties on the same road