This hilarious video shows the moment a mum belts out a flawless dance routine to Jason Derulo – while in LABOUR.

Chelsea Millan, 25, found having a dance helped her through the pain of giving birth.

Her husband Luke, 26 shared the video online and was amazed when it quickly went viral and has now been viewed more than 15,000 times.

And just hours after the video was captured, Chelsea gave birth to a son, Reuben, who weighed 8lb 8. 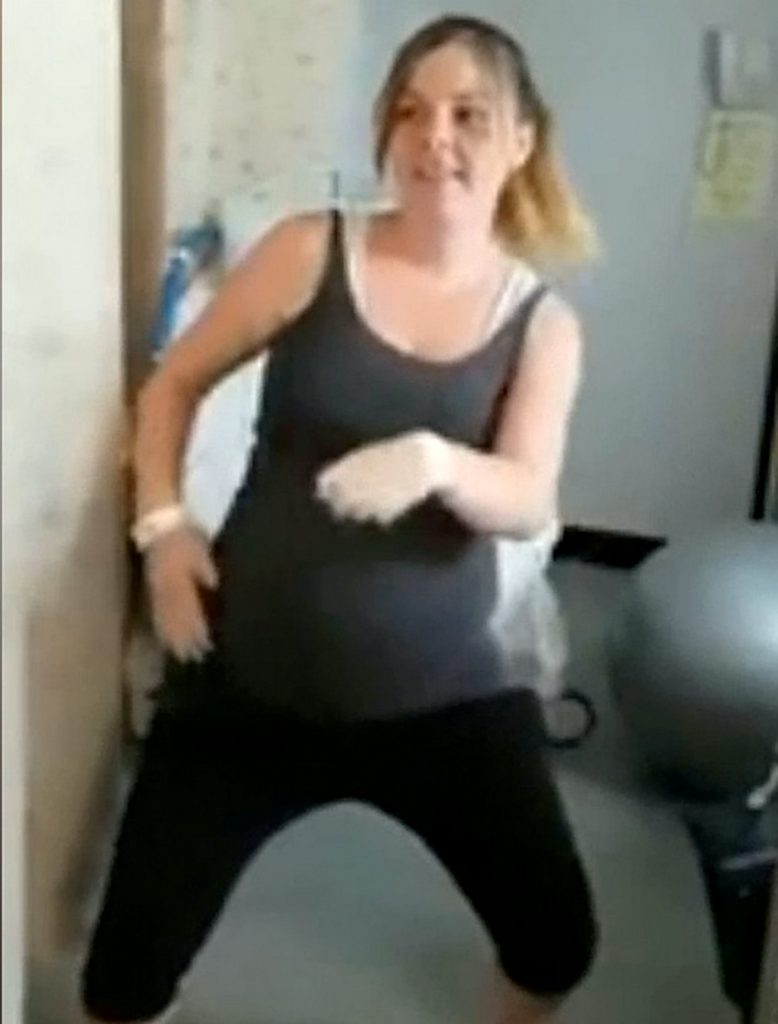 Luke, a teacher from Exeter, Devon, said: “”Chelsea goes to a dance/fitness class in Exeter every week and she told her instructor that she would do one of the routines during labour.

“We were listening to the radio and a Jason Derulo song came on and she knew the routine so she just starting dancing.

“I try to put things on my page that people can relate to and when I did it spread like wildfire, I never expected to get such a response.

“The day after I put the video online, our midwife text us to tell us that the video had gone viral and I just couldn’t believe it.” 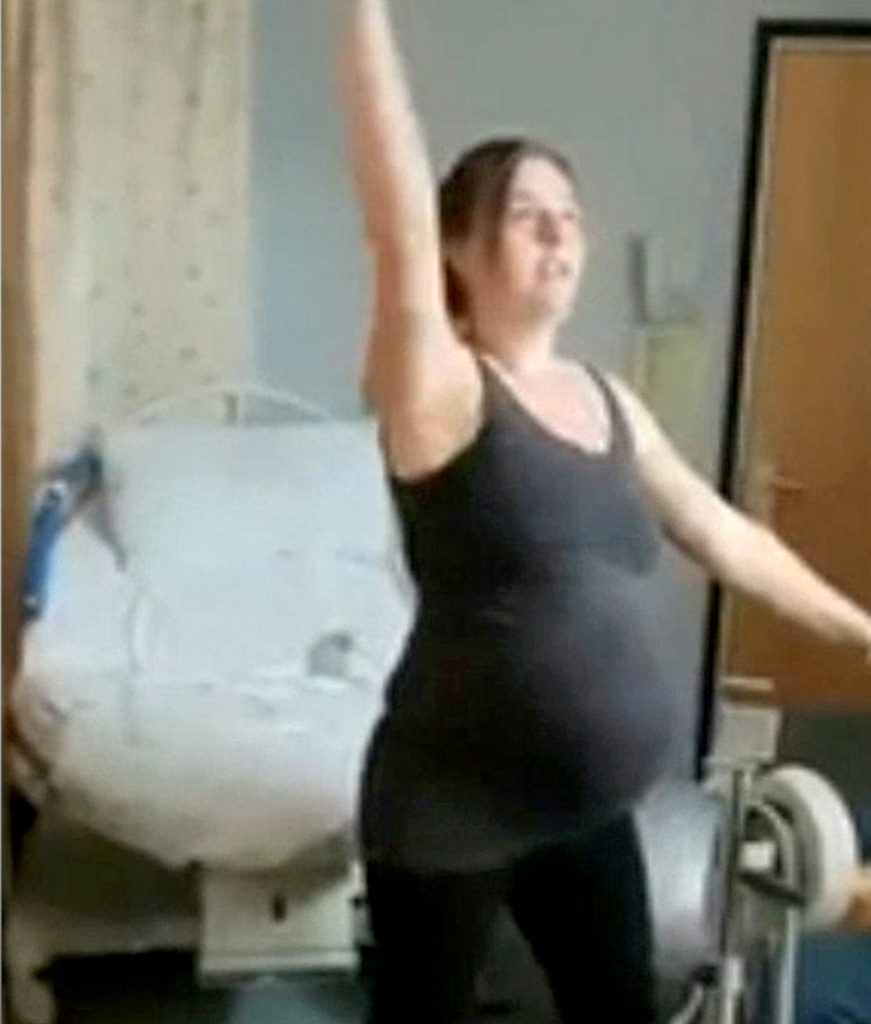 Luke added: “Reuben was born at 2.06pm and we were home by 7pm so he could see his big brother Elliot.

“The video was just a bit of fun really and Chelsea said it definitely helped to take her mind off the pain.”