An enhanced police presence is seen in Amesbury, Wiltshire after two people where admitted to hospital following exposure to an unknown substance, July 4 2018.

Two people are fighting for their lives in hospital after a suspected poisoning just a few miles from where the Skripals were exposed to a nerve agent.

A man and woman, both aged in their 40s, were found unconscious at a house in Amesbury, Wilts., on Saturday in what was originally thought to be a drug-related incident.

But on Tuesday night Wiltshire Police declared a ‘major incident’ after announcing the couple had been exposed to an ‘unknown substance’.

The new-build property in Muggleton Road, Amesbury, has been sealed off along with a number of other locations in the town, including a towpath and a Baptist church.

Queen Elizabeth Gardens in Salisbury have also been taped off, only a five minute walk from where the Skripals were found collapsed in the Maltings four months ago.

But today (Weds) Wiltshire Police and Crime Commissioner Angus McPherson said there is no indication that the incident is “in any way connected to Skripal case at this moment in time”.

He told the BBC: “I haven’t seen anything in this incident yet that I would consider to be an overreaction, it all seems fairly textbook.”

The couple involved are said to be in a critical condition at Salisbury District Hospital.

After they were found on Saturday Wiltshire Police issued a warning about a ‘contaminated batch’ of either heroin or crack cocaine.

Many residents in the town – which is nine miles north of Salisbury with a population of 9,000 – accused the couple involved of being “crackheads”.

Properties in Muggleton Road are a mix of private housing, social housing, and property bought by the Ministry of Defence for returning troops. 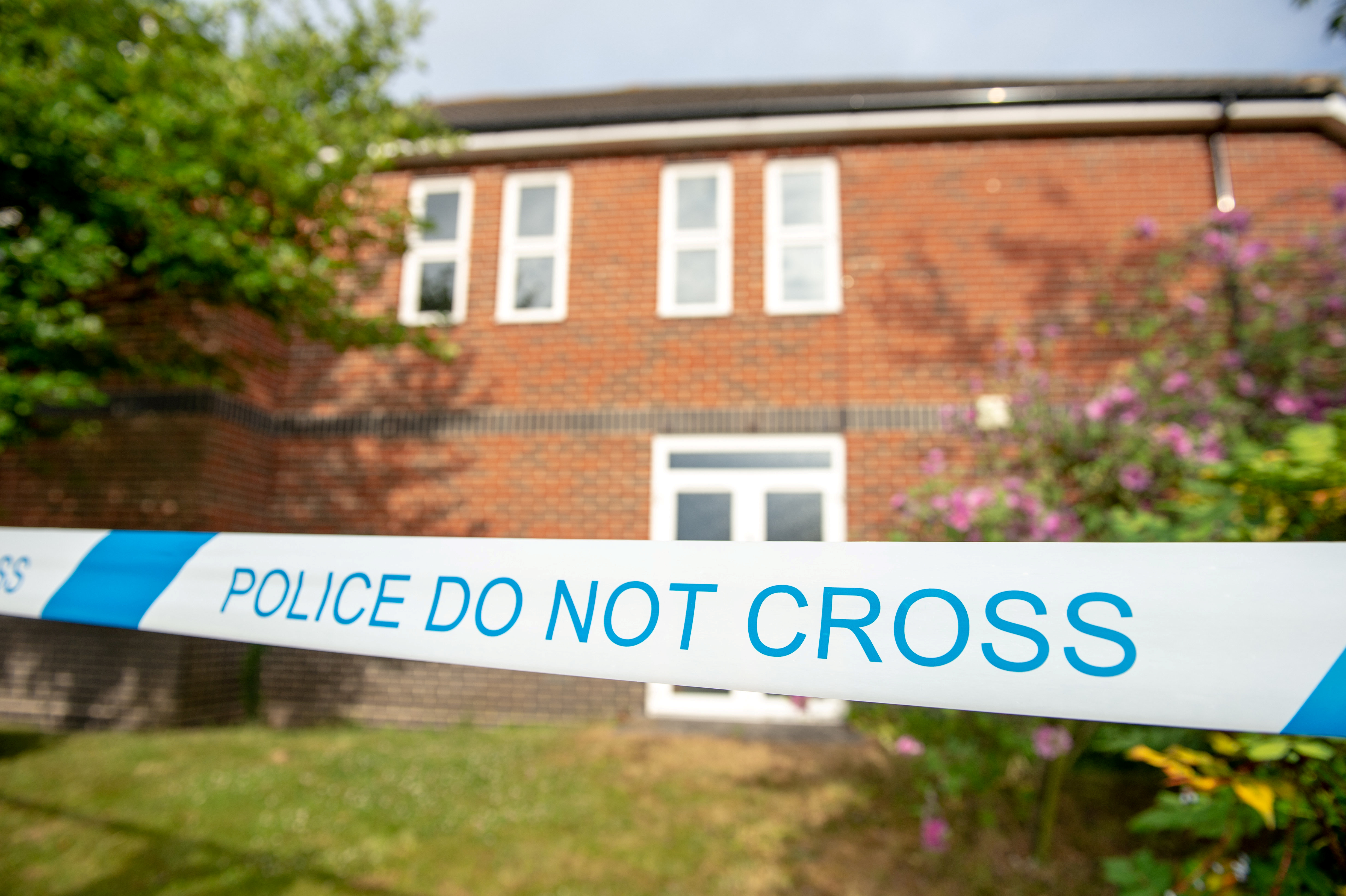 Responding to the initial police announcement about the incident, Ian Scooby wrote on Facebook: “What a waste of time and money, a few days in SDH receiving treatment, food, drink only to come home and try another batch !!

“Don’t think you will get much positives on this post.”

Jamie Isaacs wrote: “Who called the police on the 2 crack heads then?”

Jasper Hargreaves wrote: “Given those houses only “recently” finished, their new neighbours must be loving them! That’s one way to meet your next-doors…”

Shannon Allen told how her mother moved into the area at the weekend and was immediately evacuated.

Speaking today (Weds) she said: “My mum moved in on Saturday, I bet she wishes she hadn’t now! She had just finished moving the last of their stuff when they were evacuated

“We helped her move in on Saturday afternoon, she had just got the last of the boxes into the house and sat down to have some dinner and they were evacuated from the area. They were let back into their home at around 11pm.

“They evacuated a lot of people, I’m guessing they evacuated because of what happened in Salisbury with the Russian spy.”

Meanwhile, some local people feared it was ‘Salisbury all over again’.

Bernice Em wrote: “It’s Wednesday and we’re only just being informed. What if it is a nerve agent… What happens to all those areas effected and people that might have come into contact with it?”. 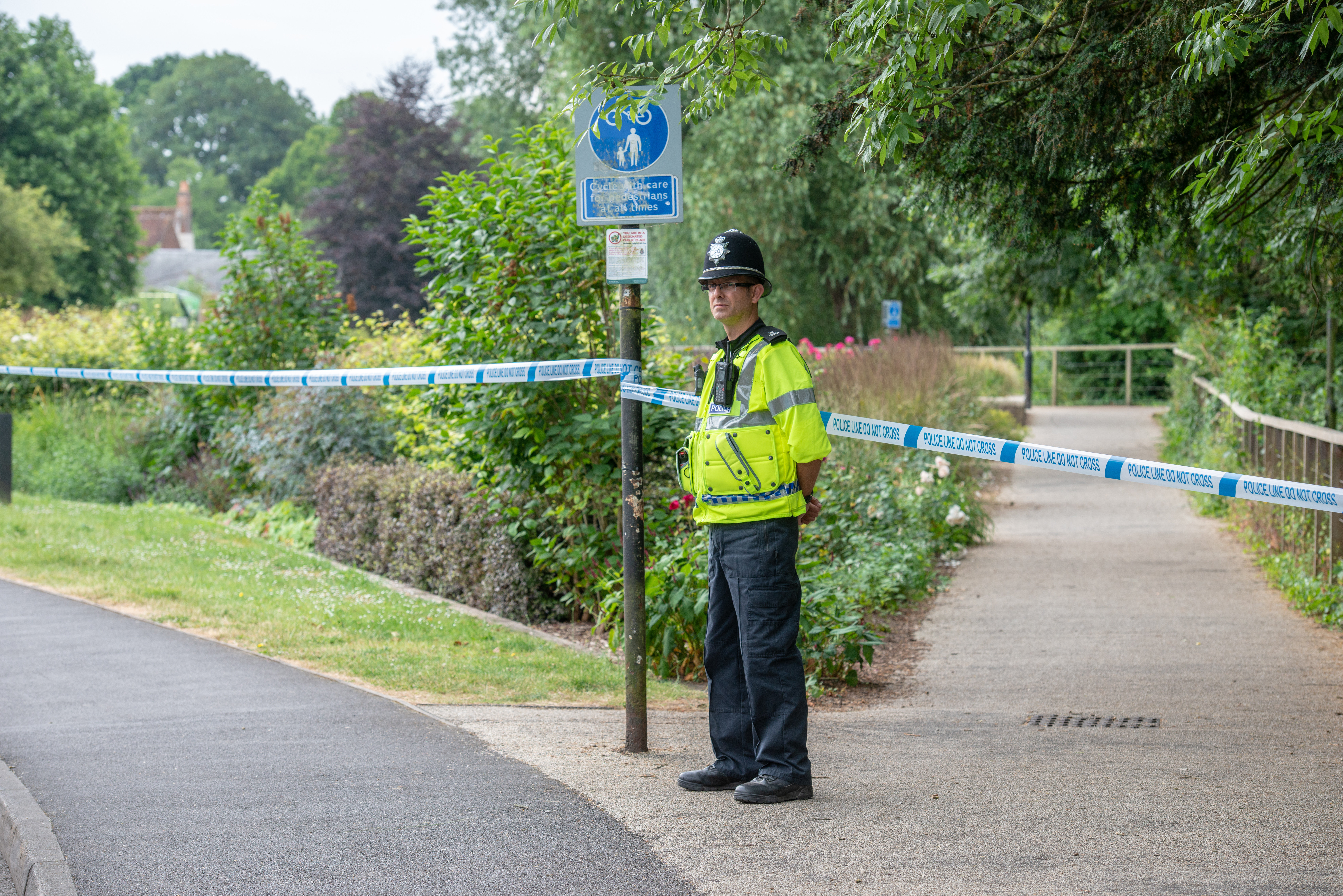 Richie Appleton wrote: “Heres a thought….Costa Coffee in Solstice closed for Emergency repairs🤔…2 people found in property…Chemical suits worn by Fire Crews…Public told exactly the same as when the Skirpils were found slumped in Salisbury”.

A spokesman for Wiltshire Police said further testing on the substance is being carried out today.

“Further testing is now ongoing to establish the substance which led to these patients becoming ill and we are keeping an open mind as to the circumstances surrounding this incident.”

Salisbury District Hospital is open as usual and is advising people to still attend routine appointments unless they are contacted to state otherwise.

A Public Health England (PHE) spokesman said: “The current advice from PHE England, based upon the number of casualties affected, is that it is not believed that there is a significant health risk to the wider public.

“This will be continually assessed as further information becomes known”.

Dorset and Wiltshire Fire and Rescue Service confirmed it attended the scene on Saturday.

A spokesman said: “We were just there in support of the ambulance service.

“We deal with hazardous material and a severe drug overdose is classed as that. 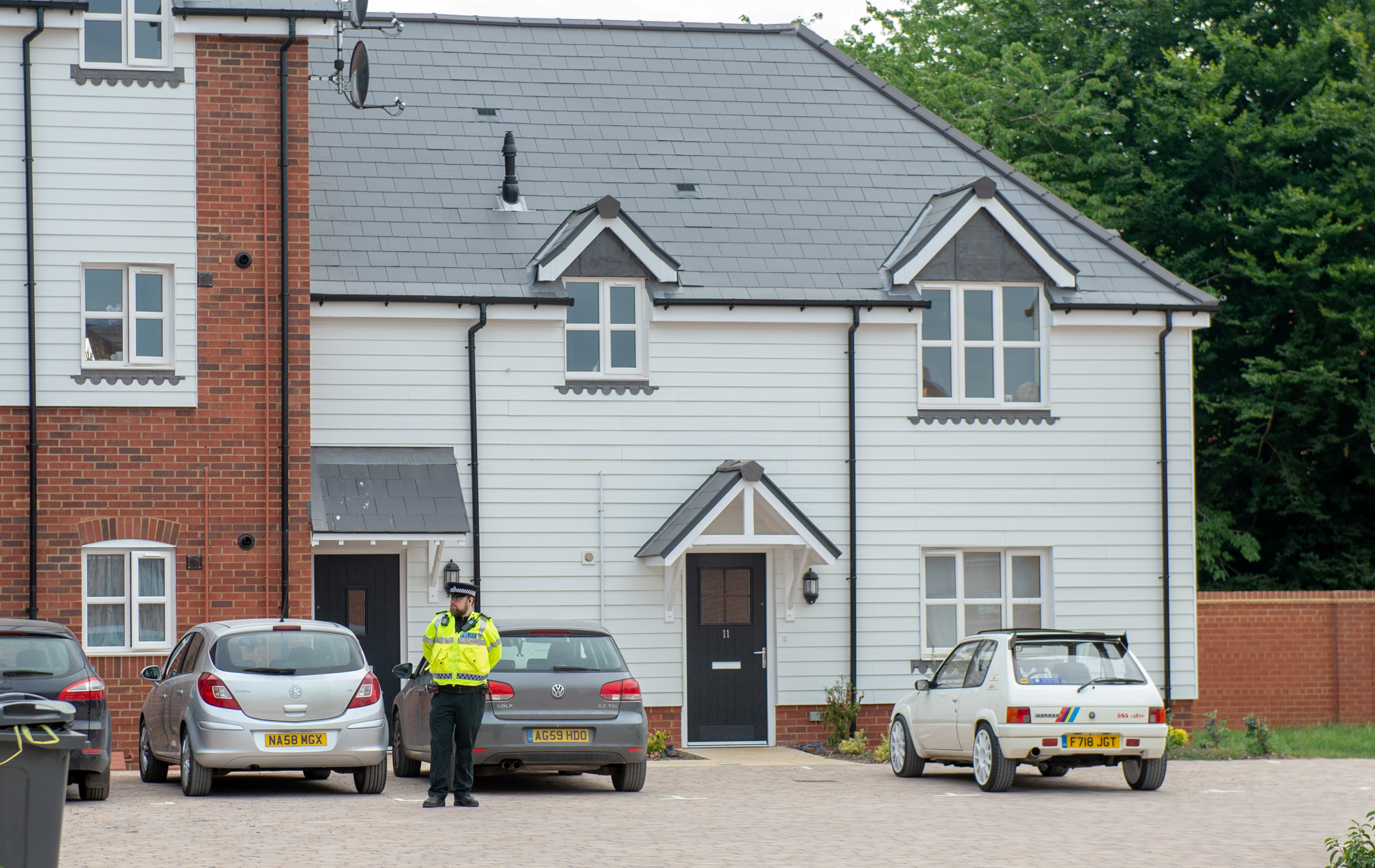 After the couple were first found dead, Detective Sergeant Eirin Martin, from Salisbury CID, said: “At this stage we believe the two patients have fallen ill after using from a contaminated batch of drugs, possibly heroin or crack cocaine.

“Of course, we would always advise against the taking of any illegal drugs, but, following the incident over the weekend, we are urging drug users to be extra cautious.

“Our main priority is the safety of the public, which is why we have taken this unusual step of issuing this warning about drugs which may be in circulation in the south of the county.

“We are also asking anyone who may have information about this batch of drugs to contact police.

“You can contact us anonymously if you prefer, we just need to know how these people came to fall ill and where the drugs may have been bought from or who they may have been sold to.

“At this stage there is nothing to suggest there is any risk to the wider public.”

Residents living near Muggleton Road in Amesbury say they were initially told the evacuation was down to a gas leak.

LeeAnn Brady said: “I was told on the Saturday around half 6 in the evening that there was a gas leak and to close my windows. Nothing else was ever mentioned to us after that.

“But I haven’t seen any British Gas vans anywhere.”

Sarah Jane Cerqua, who was away in Italy at the time of the evacuation, said: “I’ve returned this morning to find areas taped off so, maybe it’s not drugs after all.

“My friend messaged me and said she was told gas leak I said what, when there’s no British Gas present.

“Police were knocking doors asking people if they had anywhere to stay the other night as it was a gas leak.”

Lewis Foote said: “My wife’s friend lives near them and I know there was a huge police presence the other day with firefighters. They were wearing hazardous chemical suits. A lot of people think it might be related to the spy poisoning again.”

Taxi driver in Amesbury, Stuart Weyers, said: “I don’t know who they are but I think keeping them anonymous could prove to be more destructive. For instance I am a taxi driver, if I had picked them up then my vehicle could be contaminated and I’ve just dropped seven people at the airport so the whole aircraft could now be contaminated.

“Lots of ifs and buts but without the info how would we know.”