Surrey Police puppies who were seen on video tussling over 'evidence'.

A pair of trainee police dogs were caught on camera tussling over ‘evidence’ – before getting backup from six more puppies.

The adorable litter of police pups have already shown their potential to fight crime by settling a squabble between siblings.

One of the adorable 14-week-old black Labrador dogs attempted to make his first arrest, with a little help from his puppy pals, during their first training session.

In a video from Surrey Police two of them can be seen wrestling for a squeaky toy doughnut, before six other pup-officers slide to the rescue, offering a helping paw.

The new Surrey and Sussex Police dogs started their training at the beginning of April and have another session set for May 12.

A Surrey Police spokesperson said: “They are all getting on really well at the moment, and we will be working on recall at our next training session and more tennis ball play.

“Tennis ball play is important for our Labrador puppies as this will be their reward when they begin their adult training courses.”

To start with training entails the basics that all dogs have to learn such as sit, stay and fetch.

After mastering these commands the recruits will em-bark on a specialist course at around 12 months. 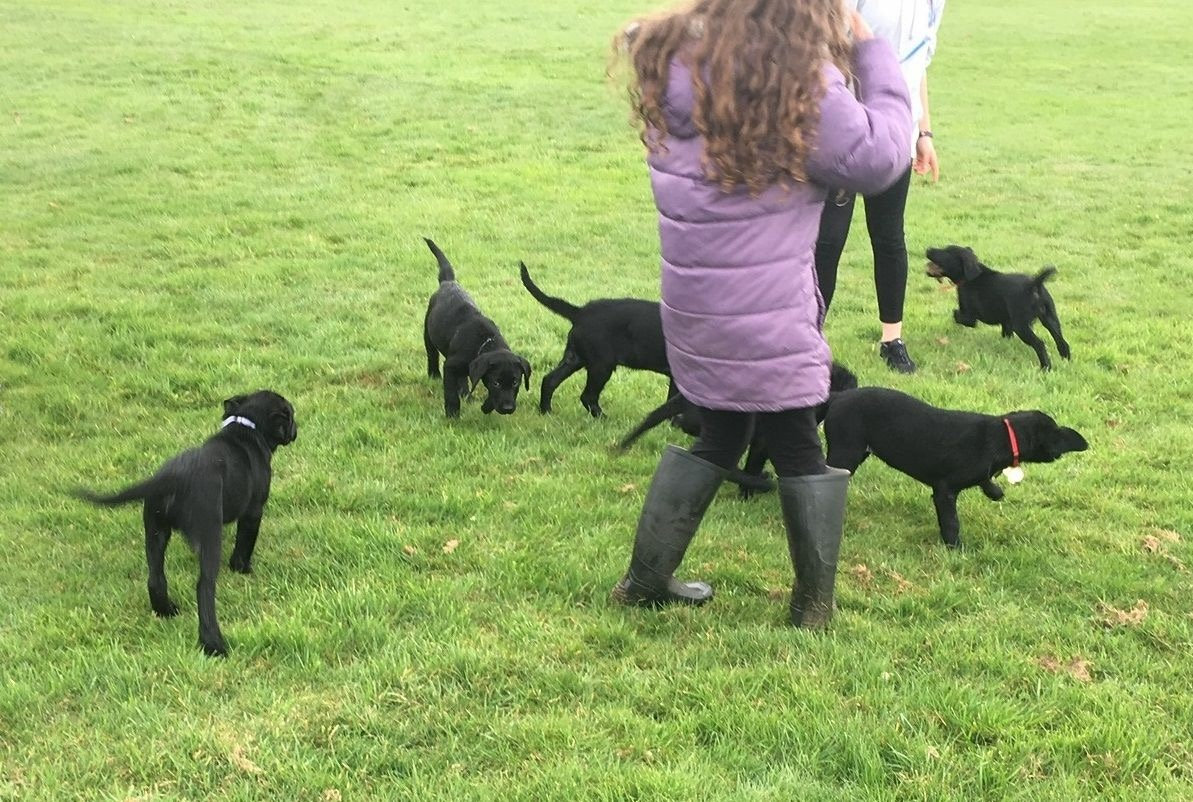 Surrey Police said: “Our training involves introducing the Labs to new environments, such as train stations, going on a town walk and when they are old enough we will be taking them to Gatwick airport.”

‘M litter’ were born on January 14 and includes six boys and three girls.